Triathlon was the first sport that CAF evolved from, and so it’s only fitting that Team CAF has a big presence at the 40th anniversary of the IRONMAN® Kona World Championships next month on October 13, 2018! CAF has nine amazing challenged athletes participating this year… read on to learn about their stories and how you can cheer them on and follow their journeys to the starting line: 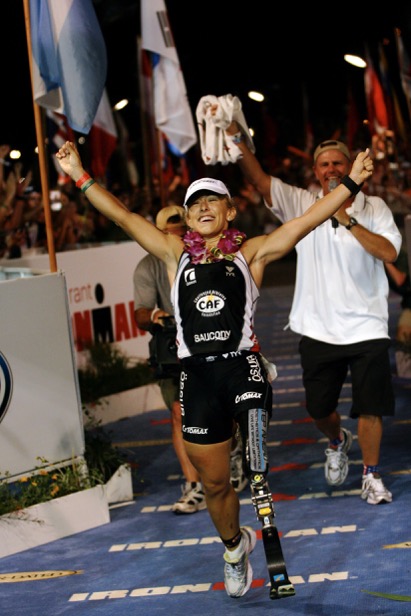 A former Paralympic Track Athlete and first amputee woman to complete Ironman Kona, current triathlete, Sarah Reinertsen, has served as motivation for countless athletes by demonstrating what she could accomplish in spite of being born with a bone growth disorder. 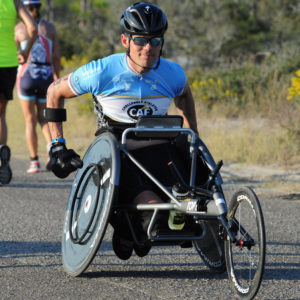 Glenn was hit by a car in 2014, leaving him a paraplegic. A former established IRONMAN triathlete and Runner’s World cover model, Glenn immediately sought out ways to continue competing. His insistence to his therapist to let him try a handcycle in the parking lot of his rehab facility opened up his world to Paratriathlon. 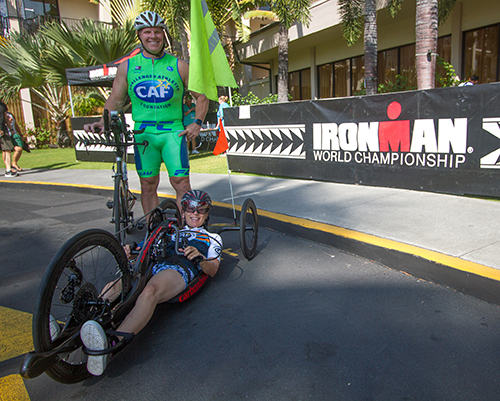 Liz competed at ITU Elite Paratriathlon level in the past, before switching to Para-Cycling five years ago.

She turned to Ironman after missing the cut-off for the Rio Paralympic Games in 2016 in an effort to continue challenging herself. After finishing Ironman 70.3 Haines City, Liz enjoyed it so much that she looked to continue competing in the sport. Her coach, Ralf Lindschulten, encouraged her to try and qualify for Kona, which led her to her first IRONMAN World Championship last year.  This year, Liz is back for more, back for redemption. She has been training hard to make the swim and bike cut-offs, ensuring this year she crosses the finish line at the IRONMAN World Championship. 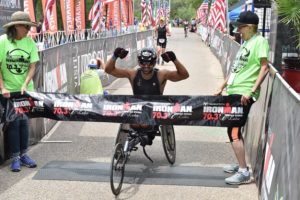 On April 2, 2016, Daniel competed in his first ever triathlon, IRONMAN 70.3 Oceanside, California. 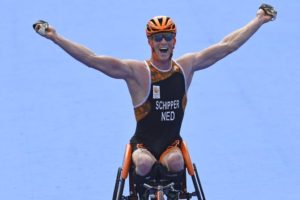 Geert received his spinal cord injury from a flying accident in 2004. He is the founder of Sportisleven, which organizes sporting clinics and adventures trips for disabled people. Geert made his debut in paratriathlon in 2014, at the Netherlands National Championships. 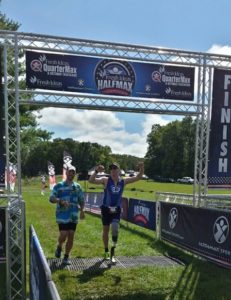 An amputee for 7 years, Jeffrey was awarded a running prosthesis through CAF two years ago and has since completed two triathlons and 3 half marathons. He is also on the US Paraskeleton team and competed in Park City, Utah, Norway, and Saint Moritz Switzerland for World Championships. In Norway, Jeffrey placed 5th. 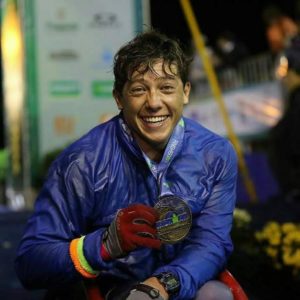 Before Diogo’s accident, he had been a two time Brazilian Champion and South American climbing champion. His passion led him to climb all the hardest routes in the country. Diogo started his racing career with street races, finishing 10, 21 and 42 kilometer races in a regular wheelchair. Diogo made the transition to triathlon and has finished all distances from sprint to Ironman. 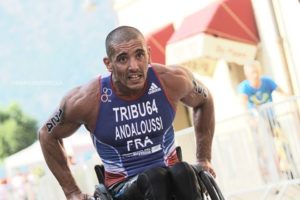 Ahmed was involved in a car accident in 1993, which resulted in paraplegia. Ahmed started his ITU paratriathlon career in 2013 when he won gold at the 2013 FRA Paratriathlon National Championships. He has gone onto have numerous wins and podium finishes. 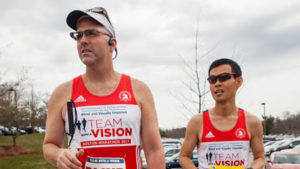 Erich suffers from a degenerative eye disease called retinitis pigmentosa, which has gradually decreased his vision. He swam through college before seriously picking up running after graduating. He has also completed 16 marathons, including 8 Boston Marathons.

Follow Erich’s journey to Kona on his social media:

CAF is thrilled to cheer on these inspirational athletes in Kona!