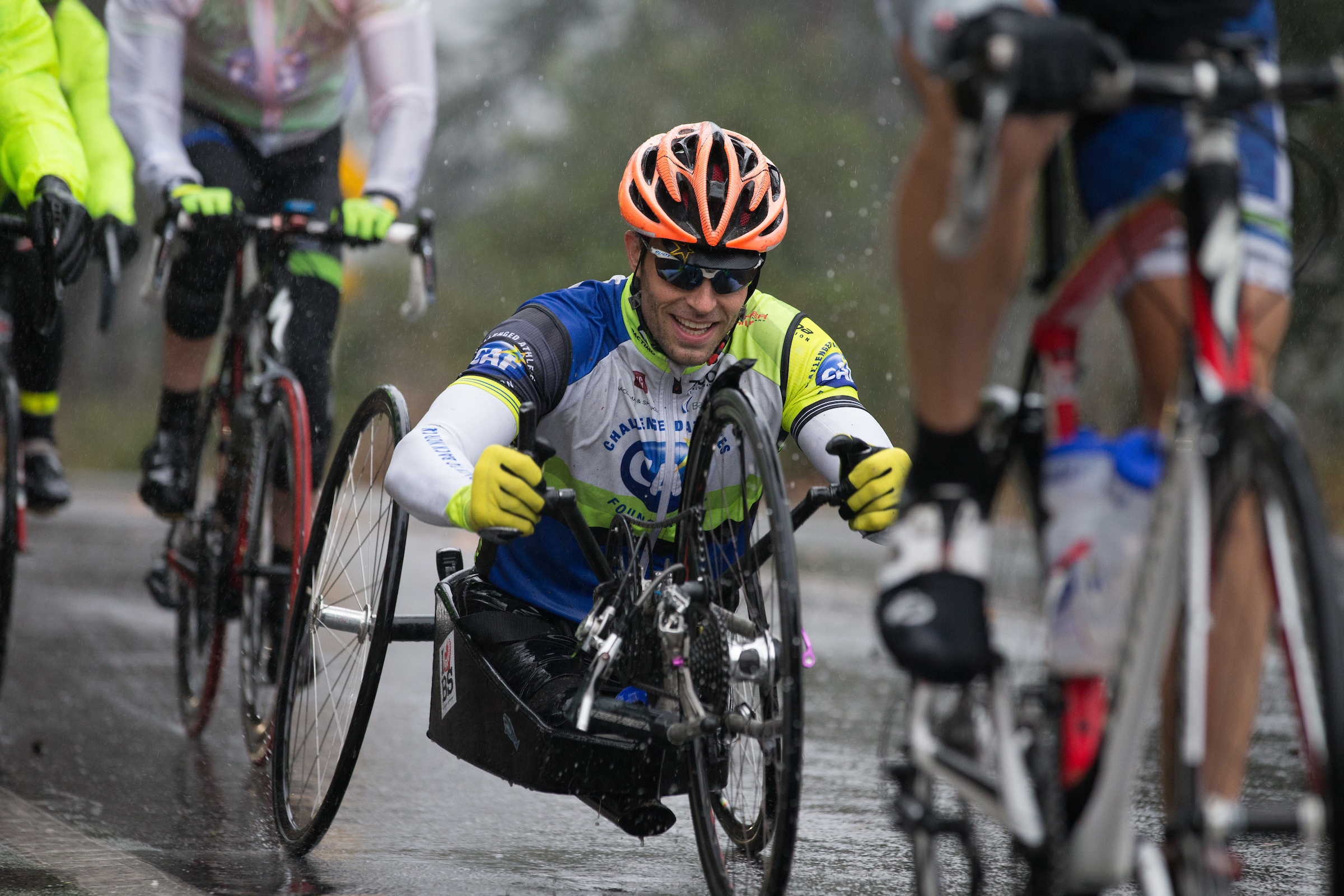 It’s race week. His consistent 200-300-mile weekend training rides are logged. Fueled by his inner warrior (and ample quantities of espresso) he has cranked endlessly on the road, each revolution further preparing him for the race of his life.

A race that is anything but ordinary. But then again, AndrÃ© is no ordinary athlete. 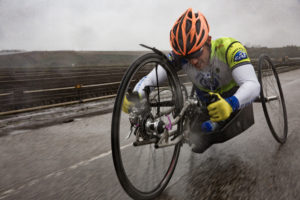 While studying in Prague, AndrÃ© was struck by a subway train and lost both of his legs above the knee. After waking up from a three-week long coma, AndrÃ©’s life had changed dramatically. While it was tough to comprehend that he would never walk again, AndrÃ© almost immediately took to his new lifestyle with a “Challenge Accepted” mindset. He eventually completed the IRONMAN World Championships in Kona and the grueling Brazil 135 Ultramarathon.

For AndrÃ©, much of life’s joy comes from finding the next challenge. “The cycle of finding a race, puzzling through its completion, working to hit training goals and finally seeing myself across the finish line represents the positive side of my life’s struggle,” he notes.

While he is a veteran to many finish lines of endurance races, this one comes after a unique set of challenges. After several failed attempts, AndrÃ© became the first handcyclist to qualify for RAAM on January 8, 2017 by finishing the SoCal400 course ““ 401.7 miles, 20,462 feet of climbing ““ in 31 hours, 2 minutes.

Race Across America is attempted by only the toughest, most extreme endurance athletes. Riders will have 12 days to cycle from Oceanside, CA to Annapolis, MD starting on June 13th, battling fatigue, dehydration, harsh weather, and possibly delusions brought on by the endless exertion.

AndrÃ© will have a full support van alongside him for the extent of the race ““ which travels through the Sierra, Rocky and Appalachian mountain ranges. Alongside 39 other solo ultracyclists and 50 relay teams, AndrÃ© will attempt to be the first solo handcyclist to complete RAAM. 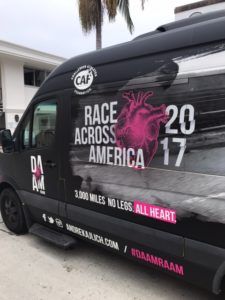 The physical and mental endurance needed to prepare, let alone complete this race is unparalleled.

AndrÃ©’s training has included at least one day per weekend with 200-250 miles of ride time. He has gathered a like-minded crew of supporters and sponsors that will be his mental and physical reinforcements throughout the 3,000 miles.

He fits all of this training in after his full-time job at the University of Washington’s Department of Rehab Medicine. 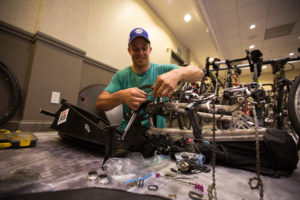 One of the biggest determining factors in finishing RAAM is managing proper sleep and nutrition throughoutthe course.

AndrÃ© and his team will sleep during the race, but it will be the absolute minimum amount. He plans to sleep in the back of his support van for 90 minutes per night and supplement with 30 minute naps as needed. If he is out riding, but completely exhausted, his time may be better spent catching up on sleep. It’s tough being a rookie to the race, but gaining experience as they go will lend to more knowledge.

AndrÃ© will consume at least 10,000 calories a day (!). Most of this will be liquid calories from his drink mix and also an assortment of peanut butter, honey, jellies, rice cakes, fruit and hopefully some Swedish fish.

When asked what he couldn’t live without for the ride, AndrÃ© said, “Espresso,” without hesitation. “I was so excited when La Marzocco gave us use of one of their machines for our team RV. While there are plenty of ways to get caffeine in your system, a truly fantastic espresso will be like a mini vacation out there and that could make the difference.”

AndrÃ© is a friend to many in the CAF cycling community and beyond. He has completed CAF’s Million Dollar Challenge and Back to Back Nor Cal Cycling Challenge, as a motivator and friend to all who encounter him on the road.

AndrÃ©’s journey wouldn’t be possible without the generosity of the CAF community, who took on their own fundraising and donation challenges to help AndrÃ© attempt his greatest goal yet. 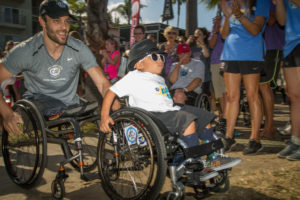 AndrÃ© thanks #TeamCAF in saying, “It’s been a long and uncertain path from my accident to this point and this race. Along the way, I got into endurance sports through CAF. All of the foundation’s supporters have gotten me here through their generous financial contributions and encouragement. I’ve also gained an amazing community of role models, mentors and fellow wheelies who’ve helped me with gear, information and camaraderie.Thank you, supporters of CAF, for everything you do!”

If you would like to honor AndrÃ©’s journey, donate just $10 to CAF today and show AndrÃ© that you’re rooting for him all the way to Annapolis, MD.

There are also plenty of ways to follow AndrÃ© on his journey. Race Across America has a webpage for tracking the ride and AndrÃ©’swebsite is full of information about him and the race. AndrÃ©, his team, and CAF will all be updating social media, so be sure to follow @CAFoundation and@AndreKajlich. You’ll hardly have the option of missing any action. 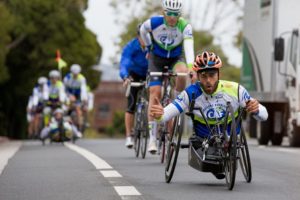