Anthony Smith is sacrificing for his team once again, this time as a competitor on the course of IRONMAN 70.3 Oceanside.

Starting at the Front Line

Anthony graduated from the University of Mississippi and was commissioned a 2nd Lieutenant in the United States Army. After four years of active duty service, Anthony transferred to the Arkansas National Guard. While with the National Guard, he joined the Joiner Police Department in Joiner, Arkansas and rose to the rank of Chief of Police.

Anthony’s National Guard unit was mobilized to deploy to Iraq in 2003. Less than a year later, Anthony took a direct hit from a rocket-propelled grenade. The missile went through his hip and stomach before it exploded, throwing him against a brick wall. The enemy fired several rounds at his maimed body and he was put in a body bag. Not long after, a nurse searching for dog tags noticed air bubbles coming out of his trachea.

Anthony was in a coma for 62 days. He lost his right arm below the elbow, underwent dozens of surgeries and his mobility was limited to the aid of crutches or a wheelchair.

Out of the Wheelchair, into Life

“I was 310 pounds, smoked cigarettes and sat around in my wheelchair. Now I’m under 260, don’t smoke, don’t drink and while I may not have a typical athlete’s body, my body can perform athletically,” shared Anthony. 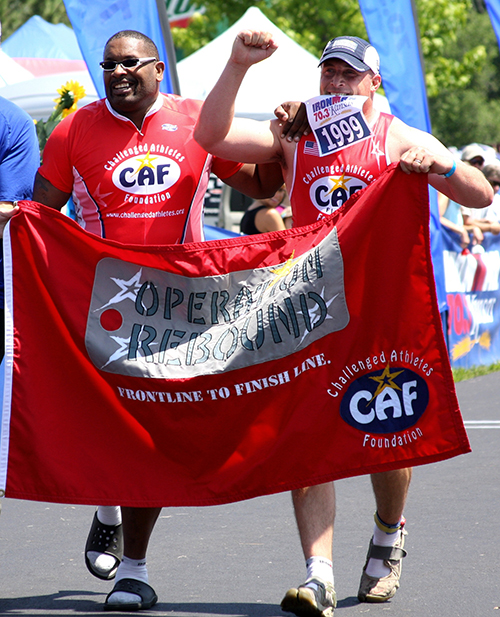 Since that day, Anthony took his life back and has been competing in triathlon and cycling races around the country. His involvement in athletics helped give him the strength and confidence to get certified as a Grandmaster of Martial Arts and open his own studio, serving at risk youth among others.

“Nico got me off the couch,” Anthony expressed gratefully.

Running for the Team at Oceanside 70.3

After competing in the bike and swim portions of IRONMAN 70.3 Oceanside three times in the past, Anthony is back this year to tackle his greatest running challenge yet. 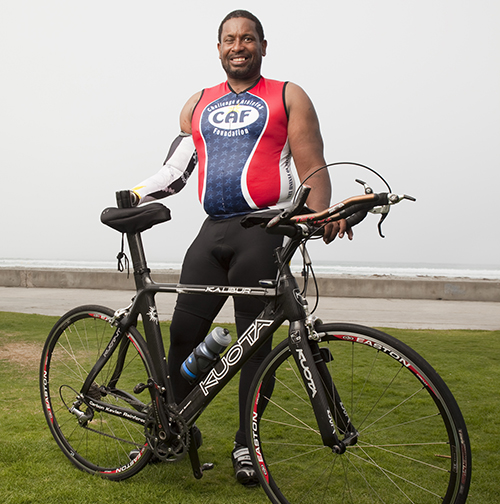 With his military inspired “team-first” mindset, Anthony is doing the swim and run portions of the triathlon, so that Raul Romero, a fellow veteran who lost his leg only a year ago, can compete in the cycling leg, the only portion he is currently physically able to do.

Running a half marathon comes with an extra layer of challenges for Anthony, as he is missing one of his hips. “When Nico first approached me with the opportunity, my first thought was, “˜I have got to get to training!’ After primarily doing martial arts, I knew I had to reactivate my running muscles and get my cadence and gait down, otherwise I won’t be able to finish,” noted Anthony.

The hilly terrain of Oceanside’s course will be another challenge to overcome, as downhill puts extra pressure on Anthony’s body. “I’m used to training on flat ground in Arkansas, so I’ve been working out on the treadmill and elliptical to prepare for California,” he said. 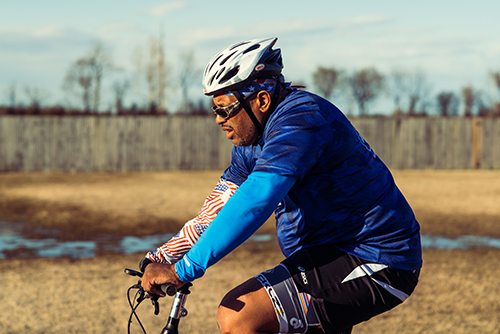 Unbeknownst to his kids and most members of his community, Anthony wakes up in pain every day. “People think I’m like Superman. I know that others are counting on me to show up and get stuff done. If I don’t get moving, other people won’t either. It’s a double-edged sword, but it keeps me motivated to train every day,” said Anthony.

With an estimated finish time of 4+ hours, Anthony will embrace the race and opportunity. “He is always willing to do it for the team, and give back for all that’s been given to him,” shared Nico.

It’s an honor for Anthony to compete in this race. He thrives on being part of a team and showing others that if he can do it, they can too. 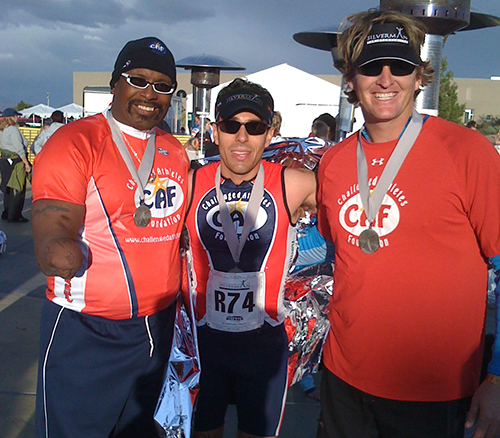 “When I first got injured, I didn’t realize how many people had physical disabilities. Coming to CAF events and seeing everyone compete together is amazing. I remember seeing kids who didn’t even have a pair of running legs a few years ago and now they are competing in the Paralympics. We all inspire each other.”

In addition to the kids in the CAF community, Anthony will be thinking about his two daughters who both share April 7th as their birthday, an extra special motivation on race day.

Anthony and Team Operation Rebound will race IRONMAN 70.3 Oceanside to raise money for other injured veterans.

Help them reach their goal.