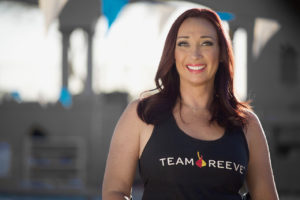 After retiring from competitive swimming, 6-time Olympic gold medalist Amy Van Dyken Rouen’s life took a devastating turn. In 2014, she was in an ATV accident that severed her spinal cord and left her paralyzed from the waist down. Life as she knew it became vastly different for the perpetually energetic and upbeat swimming star.

Recovery from her ATV accident was a long and often discouraging process until she started receiving support from a new community, Adaptive CrossFit. Amy is also a motivational speaker, talk show host, and philanthropist.