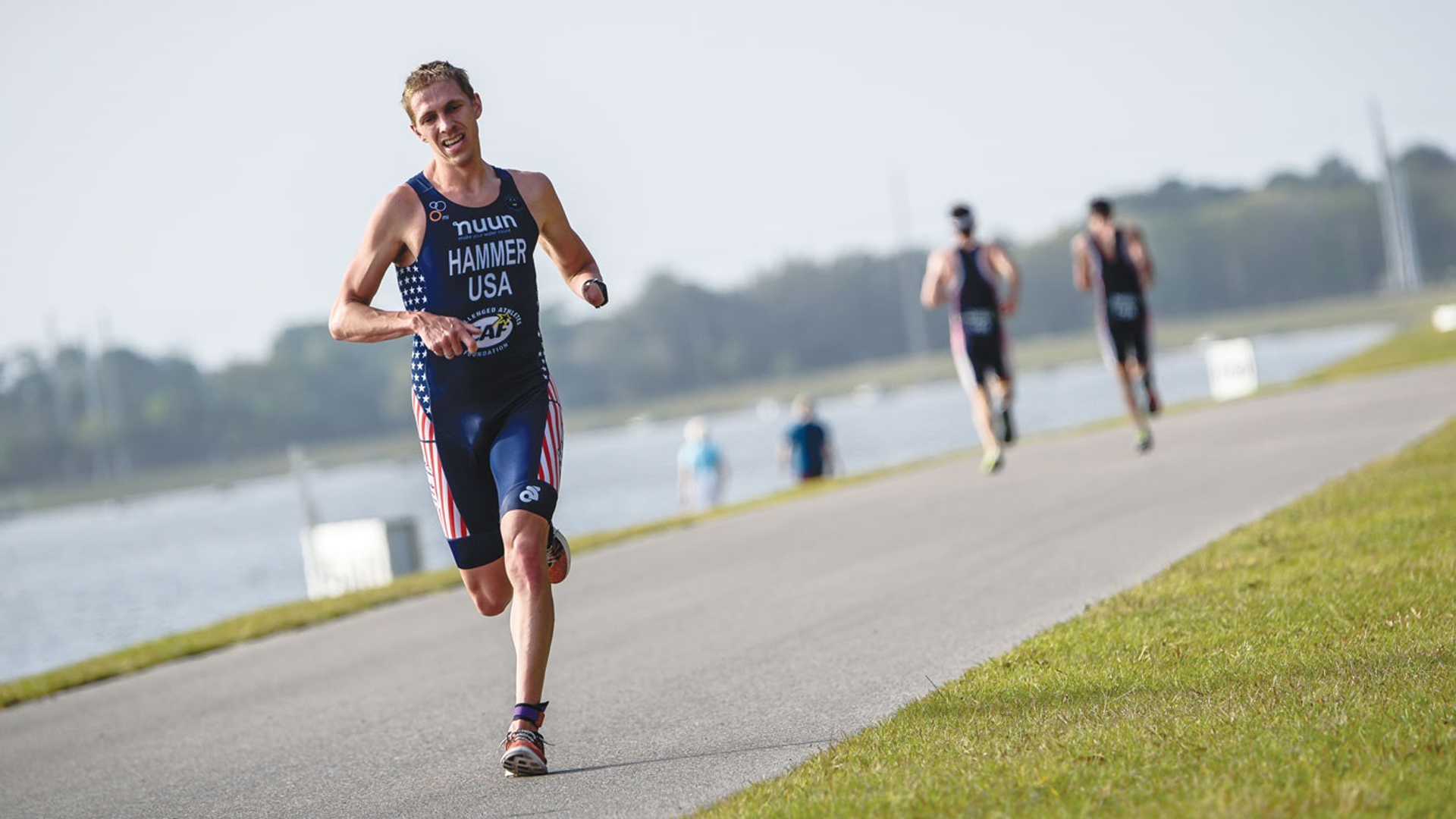 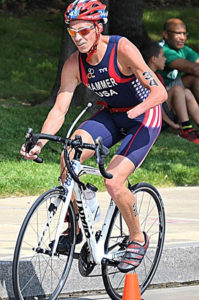 3x Paralympian and Michigan native Chris Hammer was born without his left hand, but that hasn’t slowed him down at all. In fact, he was a four-time NCAA Division II Track All-American at Grand Valley State University before being recruited to join the US Para Track Team and moving on to the world’s largest stage.

In 2012 Chris took ninth in the 1,500 meters and tenth in the marathon in his first Paralympics in London . In 2013 he moved to Paratriathlon and had immediate success. He finished fourth, 29 seconds off the podium, in the inaugural Paralympic Paratriathlon in Rio and followed that up with another fourth place finish in Tokyo in the 2020 Paralympics. This time Chris finished a mere six seconds off the podium.

On September 26, 2021, Chris jumped into his first long distance triathlon at Ironman 70.3 Augusta and not only won the 35-39 age division, he finished 16th overall with an impressive 4:01:44 and beat a number of professional triathletes. Because of that performance, Chris applied for and received his elite card from USA Triathlon and became the first challenged athlete in history to become a professional triathlete. He will make his professional debut at Ironman 70.3 Oceanside on Saturday April 2nd.