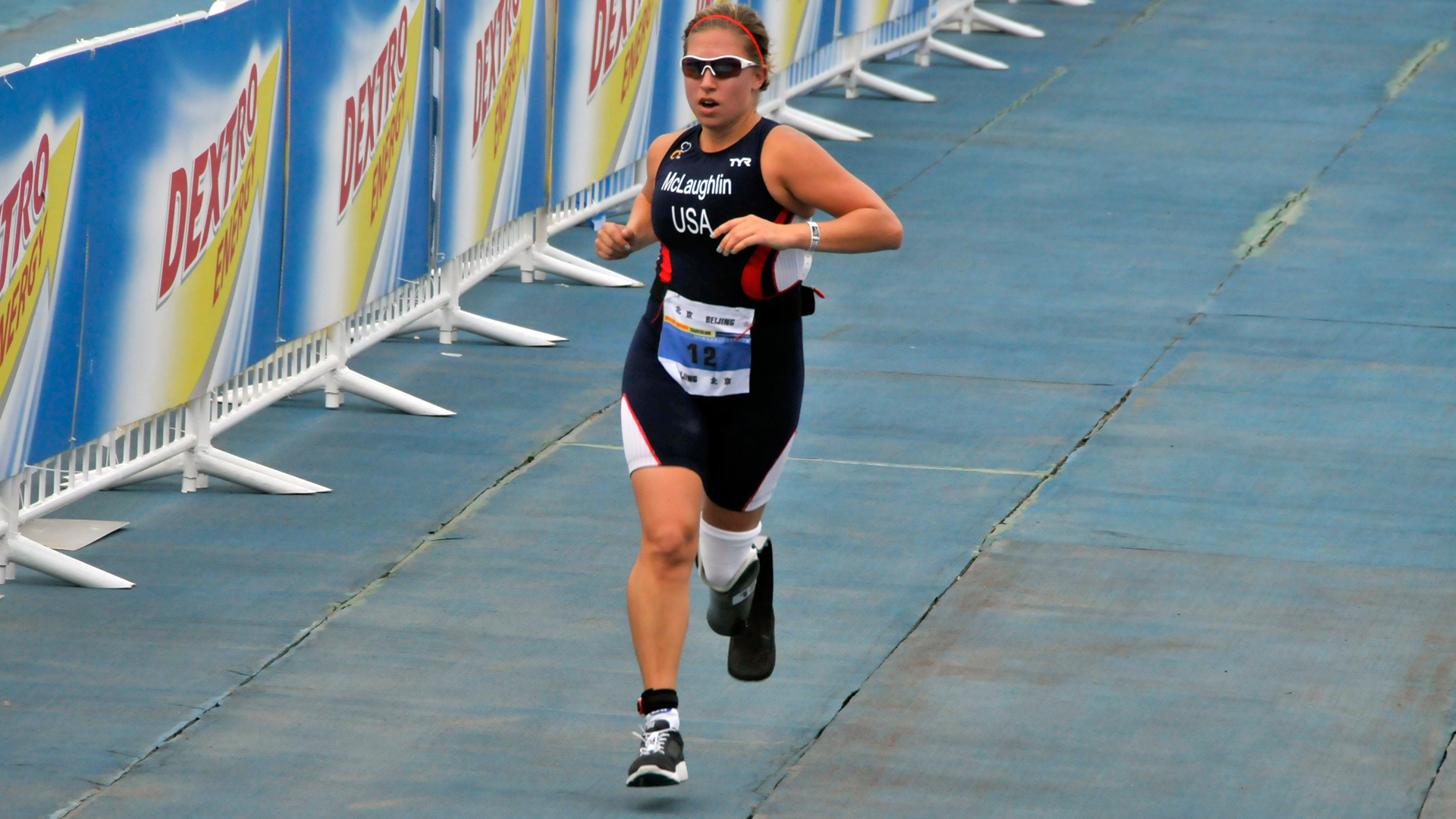 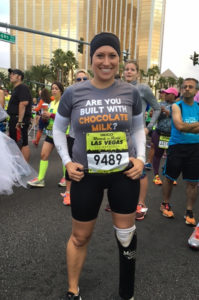 In 2004, Synovial Sarcoma claimed a 17-year-old Danielle’s foot along with a life filled with competitive soccer and running. Danielle felt a lack of purpose post amputation, but determination and dedication would triumph over circumstance. After rehabilitating through strength training and spin classes, Danielle promised to herself she would race in her first triathlon.

Danielle crossed the finish line in April, 2011 with a standard walking prosthetic and a 30-year-old bike. By doing so much with so little, Danielle knew she had rediscovered her competitive spirit. Danielle has since been equipped with a running prosthetic from CAF. With this support, Danielle took 1st at the 2011 USA Paratriathlon National Championships before heading to Beijing and bringing home a Gold medal as a World Champion.

While she’s not competing in Paratriathlon anymore, Danielle remains incredibly active and will try any sport at least once! She has focused on learning to golf (which is not an easy feat) and spends a lot of her free time running and racing in local races for fun. Danielle is the first female adaptive athlete to ride every mile of CAF’s 628-mile Million Dollar Challenge. She also ran the NYC Marathon in 2018. She is the Academic Personnel and Human Resources Manager of Mechanical and Aerospace Engineering at University of California, San Diego. She also is an All Star on the Team CAF softball team!