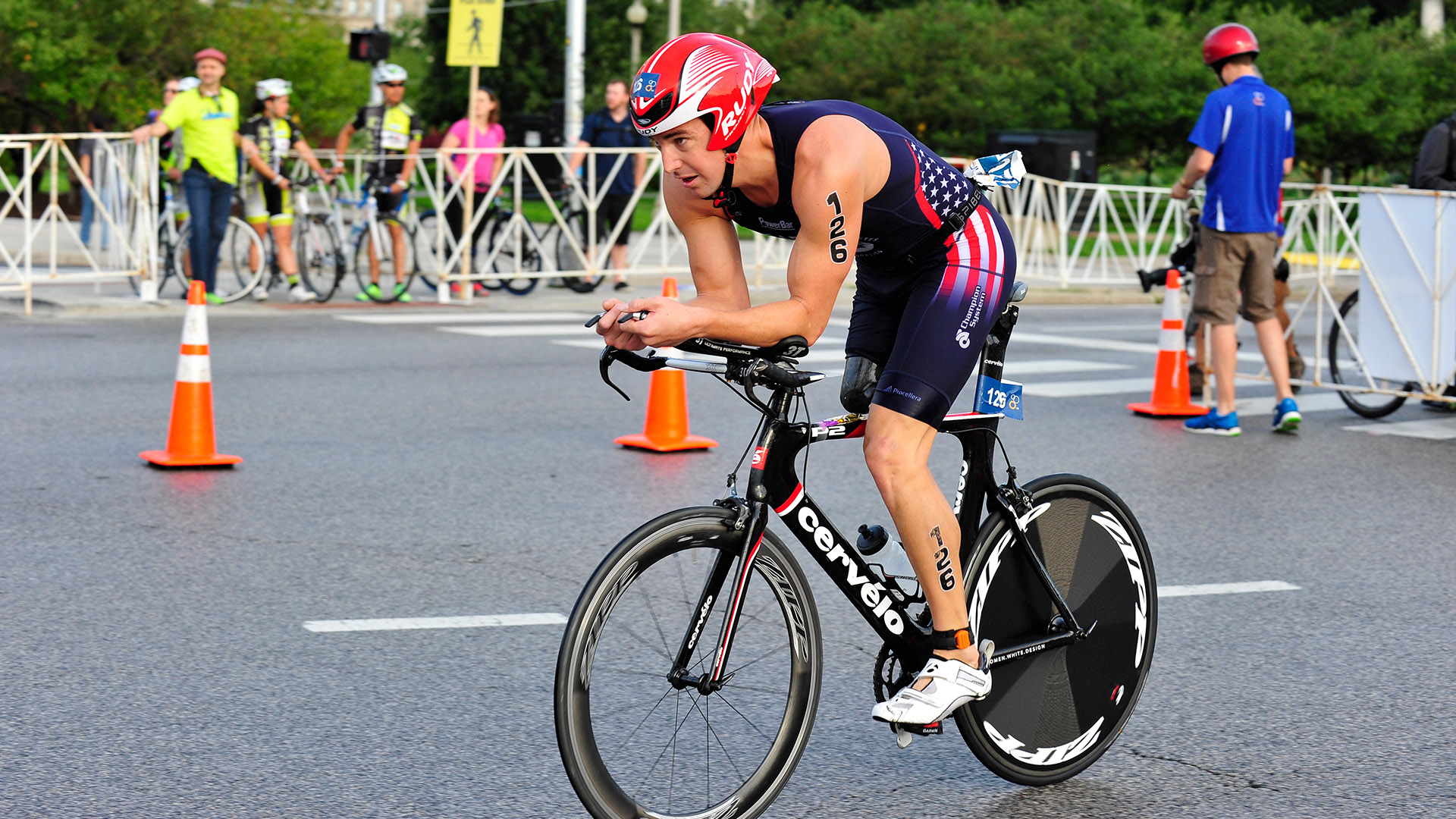 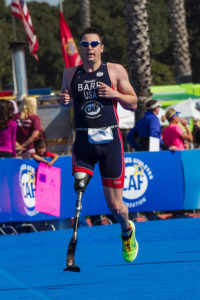 Mark developed osteosarcoma in the growth plate of the tibia in his right leg. This tumor would eventually lead to an amputation when he was 14 years old in order to prevent a fatal outcome. Mark had grown up playing soccer, baseball, and swam competitively since he was just four years old. Swimming remained active in Mark’s repertoire as he endured chemotherapy and eventually translated into an avenue for him to compete at the Paralympic level. Mark was granted his first running leg and bike from CAF. Mark got his BSN in 2011 and worked at a surgical ICU in Houston, TX.

Barr competed in swimming at the Athens 2004 and Beijing 2008 Paralympic Games. During this time, he was also an NCAA Division I swimmer for California Polytechnic State University from 2004-08. After college, he still had an interest in swimming but wanted to try something new so he decided to transition to triathlon. After being one the first athletes to attend CAF’s paratriathlon clinics early on, Mark has gone on to make a competitive career in paratriathlon including the 2019 Paralympic Games in Rio, 2018 ITU PTS2 World Champion (with an undefeated season), named 2018 USA Triathlon Male Para triathlete of the Year and awarded the 2019 ESPY for Best Male Athlete with a Disability

“Sport is my identity. It is the best medicine for sure.” – Mark Barr