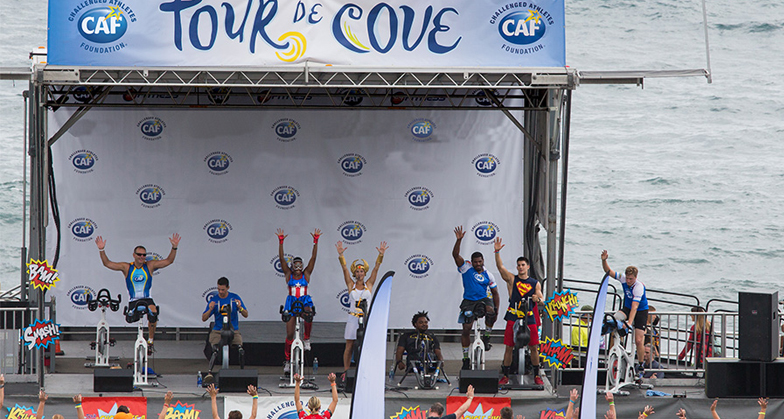 San Diego, CA – September 23, 2016 –  The Challenged Athletes Foundation® (CAF) is honored to continue and expand its partnership with the YMCA of San Diego County (YMCA), as they join as the title sponsor of the annual Tour de Cove stationary cycling marathon on October 23, 2016, at La Jolla Cove. 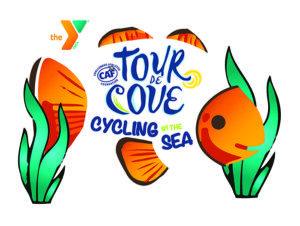 Since 2013, the YMCA and CAF have built a strong foundation with shared commitment to improve the lives of others and make a difference in the community. Together, the two organizations have been able to change lives by helping individuals with physical challenges as they aspire to be the best they can in sports and in life. The YMCA offers all qualifying San Diego CAF grant recipients a free Lifetime Family Membership to all branches in the county that does not expire. Since 2013, 394 physically challenged athletes, 898 immediate family members, for a total of 1,292 people, have received a complimentary lifetime YMCA membership.

An exemplary individual who has taken full advantage of his free YMCA membership is Navy Veteran, Scott Leason. When Scott was 20 years old he joined the U.S. Navy where he served honorably for 7 years. In 1993, while working at a convenience store, Scott was shot in the head during a robbery. The bullet missed Scott’s brain, but resulted in the loss of both of his eyes and his sense of smell. Though Scott faced many challenges adapting to the loss of his sight, the activity he missed most was being involved in sports. In 2007, Scott began waterskiing again, this time as a blind athlete, and in 2008, he began receiving CAF grants for his waterski training through its Operation Rebound® program that supports injured veterans and first responders. At the age of 60, he claims to be in the best shape of his life thanks to CAF Operation Rebound and his life-time membership to the YMCA. Scott and his service dog Snickers are regularly the first ones through the door at 5am when the Copley-Price Family YMCA opens, which is only a few blocks away from his house.

Scott will be a first time participant of the 2016 YMCA of San Diego County Tour de Cove.

Challenged Athletes Foundation CEO Ken Wheatley stated, “We are exceptionally grateful to partners like the YMCA of San Diego County, who fully align with CAF’s mission. Not only do individuals with physical challenges get an amazing opportunity to access the YMCA’s state of the art facilities for free, but through their title sponsorship of Tour de Cove, we are able to continue to provide grants for adaptive sports equipment, training and competition expenses to challenged athletes around the world.”

“Belonging to the Y means these athletes have a safe and encouraging environment to participate in sports and physical activities,” said Baron Herdelin-Doherty, President & CEO of the YMCA of San Diego County. “We provide a positive atmosphere where their families can come together to have fun and spend quality time together, connect with friends, and learn how to live healthier. We are proud to partner with CAF and admire the athletes.”

The 2016 YMCA of San Diego County Tour de Cove will feature a four-and-a-half hour stationary cycling marathon. There will be 100 bikes at La Jolla Cove overlooking the Pacific Ocean. YMCA instructors will take the stage to motivate the riders through a workout alongside more than 50 challenged athletes. The event takes place in conjunction with the 23rd annual Aspen Medical Products San Diego Triathlon Challenge.

About the YMCA of San Diego County

The YMCA of San Diego County is a non-profit dedicated to improving the quality of human life and to helping all people realize their fullest potential as children of God through development of the spirit, mind and body. It is the second largest Y in the nation serving more than 400,000 San Diego County residents and employing more than 5,000 people. Through a variety of programs and services focused on youth development, healthy living and social responsibility, the Y unites men, women and children – regardless of age, income or background – to nurture the potential of children and teens, improve the nation’s health and well-being, and provide opportunities to give back and support neighbors. Visit www.ymca.org to find your local YMCA or call (858) 292-YMCA (9622).