Last Thursday, October 6th, our team participated in the 44th Annual Empire State Building Run-Up which was presented by Turkish Airlines, powered by the Challenged Athletes Foundation and produced by both the Empire State Realty Trust and NYCRUNS teams.

Once a year, the 92-year-old Empire State Building shuts down its elevators and opens its stairwell for the iconic Empire State Building Run-Up. The Run-Up — the world’s first and most famous tower race – challenges runners from near and far to race up its famed 86 flights – 1,576 stairs. While visitors can reach the building’s Observatory via elevator in under one minute, the fastest runners have covered the 86 floors by foot in about 10 minutes. Leaders in the sport of professional tower-running converge at the Empire State Building in what some consider the ultimate test of endurance. 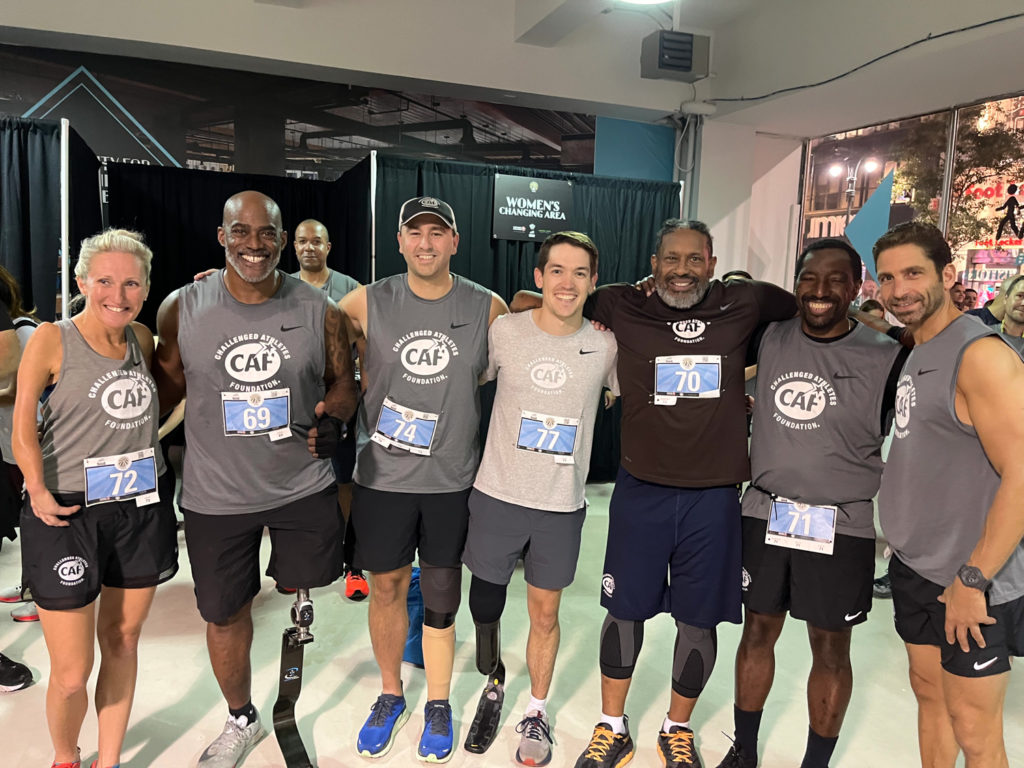 As the official charity partner of the event, this year CAF was represented by six athletes – Kelly Worrell, Christian Metzler, Anthony “A-Train” Smith, Roosevelt Morring, Billy Davis and Chris Provenzano. Kelly led the pack and set a new personal record for the climb, finishing in 20 minutes and 29 seconds. Anthony Smith won the award for most determined as he muscled his way to the top in 56 minutes and 5 seconds. They were all incredible!

Leading up to the event, our 22 fundraising participants helped us raise over $60,000 which will allow us to continue to empower lives through sport. Of equal importance, we welcomed new members into the CAF family as a handful of our fundraisers were completely new to our organization.

Hayley Odom, who is new to #TeamCAF and raised over $4,500, said, “I can’t even begin to thank you enough! What a wonderful organization…I am so thankful to have had this opportunity. Not only to participate in the climb, but to witness athletes with challenges complete the climb as well.  A very humbling experience.”

CAF is proud to be the official charity sponsor of the Empire State Building Run-Up for the next four years as we continue to move beyond awareness and into acceptance.