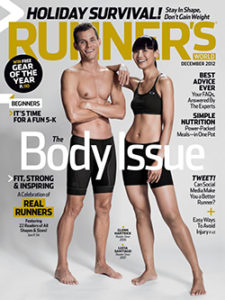 Glenn Hartrick was the poster child of endurance sports; gracing the cover of Runner’s World and completing over 175 multi-sport events.

In 2014, Glenn was 35 miles into a routine training ride, when he was hit by a car making an illegal U-turn. The impact of the collision paralyzed him instantly from the chest down.

While rehabbing in the hospital after only three months, Glenn decided to try out a handcycle they had in the outpatient unit. He went for a spin around the parking lot, logging just a couple of miles on his Strava with every bit of strength he had. But more importantly, the ride reignited his athlete spirit to compete again.

“That was kind of the beginning for me,” shared Glenn. “It allowed me to physically start to build up the strength that I didn’t have in order to become self-sufficient and push around my wheelchair and get stronger. It allowed me to tell the multi-sport community that had been there for me from the very beginning of my accident, “˜You know I’m getting through this and we are going to overcome this and everything is going to be alright.'”

With his evergreen “challenge accepted” mentality, this moment became the beginning of Glenn’s new life as an athlete. 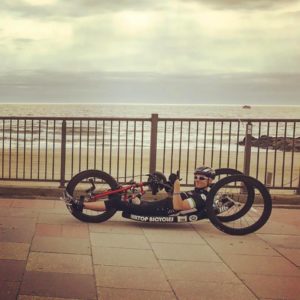 Glenn was introduced to CAF soon after. In the process of applying for a handcycle grant, Glenn had to share what his goals were. Right then and there he set out to do the Rutgers Half Marathon, just 10 months after his accident. He received his grant and did just that.

This handcycle not only expedited his recovery, but was his catalyst to becoming an athlete again. Glenn said “yes” to CAF’s support early and because of that choice, has been able to focus on his new normal with a positive outlook and a strong community of support.

Glenn has been anything but sedentary since his first spin on the handcycle.

He became the first person to complete the NYC marathon as a runner, handcyclist and on a racing chair.

He also won the Philadelphia and New Jersey marathons. 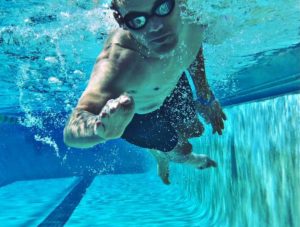 Glenn’s biggest challenge yet is the upcoming IRONMAN Florida race on November 4th. He will swim 2.4 miles, bike 112 miles on a handcycle and run 26.2 miles on a racing chair for the first time since his accident.

To prepare for this monumental race, Glenn has competed in several training races including the Whistler Gran Fondo, which he also conquered as an able-bodied athlete. “I rode from Vancouver to Whistler, 122k with crazy elevation change; it was raining the entire time and 52 degrees, but it was a blast!” shared Glenn.

Glenn has spent countless hours in the pool, and on the road on his handcycle and racing chair preparing for this race that means more than most.

“It’s hard to believe IRONMAN Florida is almost here. What an incredible community; CAF, the multi-sport world, friends and family that have helped get me back to the starting line doing what I love. For that, I am forever grateful. November 4th will be magical beyond words!”, said Glenn.

Glenn returned back to his active lifestyle in lightning speed. With his resilient athlete’s heart and the support of the CAF community, there is no end in sight for Glenn’s accomplishments in the sports world. 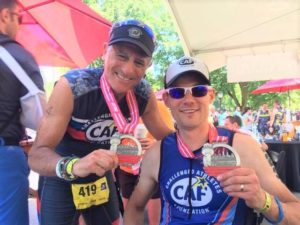 WATCH Glenn’s Strava video that captivated athletes around the world.

DONATE to give other athletes the chance to say YES early and expedite their recovery.