To my younger self,

Tomorrow, you are going to break your neck.  You’re going to shatter your 6th cervical vertebrae, resulting in an incomplete spinal cord injury.  You’re not going to know what that means, but I promise you—you will. 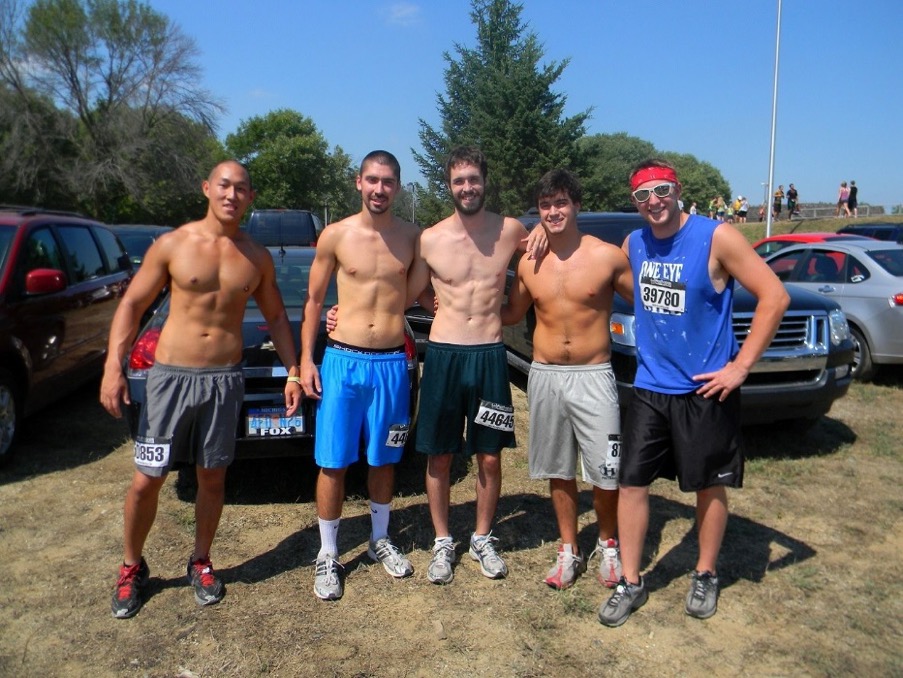 This will take some time to get used to.  Your hands are going to be paralyzed as well.  A cervical injury is going to result in the paralysis of all four of your extremities.   The degree they are impaired will be up to fate.  You’ll look back in five years and realize just how lucky you were.

It takes a village to raise a child.  Your village is a good one.  In the midst of your pain and suffering, remember to have grace.  Be thankful of your friends.  They’re going to drive two hours to sit with you for eight hours at a time before driving two hours home.  For some reason, they love you, and you’re going to need and recognize that they’re hurting too. 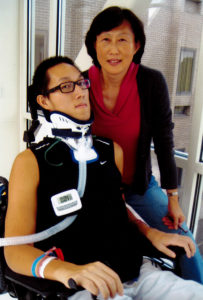 Be thankful for the kindness and tireless love of your mother.  That dramatic, outgoing, oversized personality is going to be replaced by a steadfast, unwavering, pillar of strength for you.  Believe me, she’s hurting.  It’s taking every ounce of her being to keep your spirit whole and unbroken, and not once did she waver.  Not once during each of five lung collapses, not during all the times you stopped breathing, not during every single day you spent in the ICU.  She watched your body try its best to kill itself every day for forty days, and not once did she break.

Gratitude is going to be a major component to the rest of your life.

You’re going to eventually make it to rehab.  Craig hospital is a wonderful facility.  You’re still going to be a basket case, but things are going to get better.  No, you still won’t get your hands back, or your legs.   But, you’re going to start breathing on your own soon.  Every day, your lungs are getting stronger.  Pretty soon, the rest of you is going to follow.

It’s not going to be free though.  You’re going to have to work your ass off.  You’ve always been good at working hard.  You always made up for our lack of natural talent through hard work.   This time will be no different.  Start pushing the halls of the hospital when you’re done with all your therapy.  Learn to do things for yourself.  Focus less on who you were and focus more on who you can become.

It’s going to be painfully slow.  You’ll have to work twice as hard for half the gain.  All that matters is that there’s a way at all.  No shortcuts. 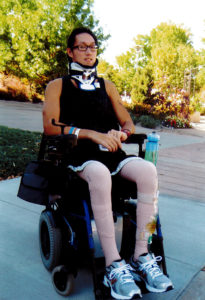 Keep pushing.  Once you leave rehab, you’re going to realize how unforgiving the real world is to a wheelchair.  For instance, carpet’s a real bitch.  You’re barely going to be able to push around your college dorm without lighting your arms on fire.  I’m telling you, don’t lose to that carpet.  Keep pushing.

Remember that on any journey, the place to start is the beginning.  There are no shortcuts, no tricks, no lucky breaks.  You’re going to be embarrassed when people see you constantly pushing up and down the hallways.  Get over it.  You’re going to be fast one day, I promise, but this is where it starts.  Set that timer on your phone, put your headphones in, and start pushing.

Soon enough, the itch to get back in the weight room is going to hit.  It’s going to feel like you pushed a marathon just to go the several blocks to the school gym, but the important thing is that you did it.  Good.

Remember, we start from the beginning.

Your friends will help you.  The first time you bench again, its 45 lbs.  It feels heavier than 300 lbs.  Keep pushing, and remember, no shortcuts.  That 45 lbs. will eventually become 100, then 150.  You’re not fighting only when you’re under the bar, you’re fighting every second of the rest of your life, from the moment you wake up.  Some days it’s only going to take you five minutes to get out of bed.  Some days it’s going to take you two hours.  Stay awake, because every second is a chance to prove you’re better than yourself; every day is a competition that you need to win. 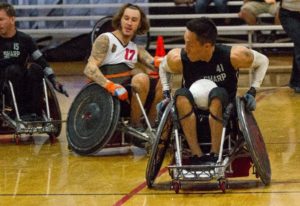 Five years later, I got to admit to you that you’ve lost, a lot.  You’ve given up a lot.  The worst were the days you accepted it and wasted them in bed.  You’re never going to get those days back.  I’m telling you this because you’ve also won a lot.  For every day you’ve lost, you’ve won one, if not two.  You need to know how often you’ve given up, because you need to learn that it’s never, ever too late to get up and try again.  The only time we show true conviction is in the face of failure.

So find your conviction.  Be prepared to lose a lot, because you’re going to.  Whether it’s a game, a job, your starting spot, a tryout, your relationship, or just simply your body, remember at some point to stop giving up.

You’ll thank me in five years.