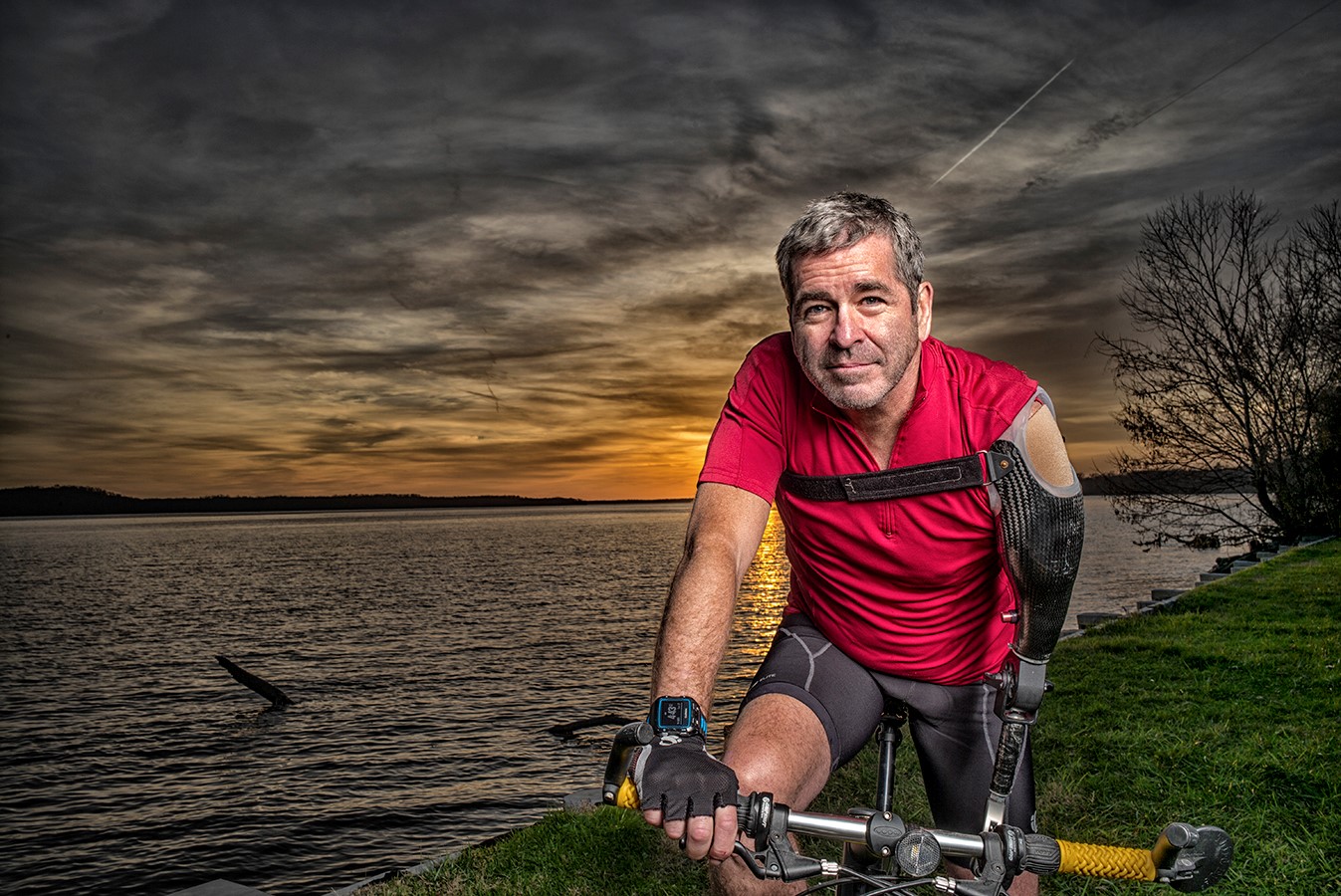 “The story is not as entertaining as an out-of-control quad copter that turns on its master,” he wrote in a blog post about why he was typing with only one hand.

Nearly four years ago, Miles was stacking cases onto a cart after a reporting trip to Japan and the Philippines, when a case filled with TV equipment fell on his arm, causing compartment syndrome and eventually resulting in the loss of his left arm above the elbow.

Today, he is working hard to stay in the game athletically, despite the challenges of his new life as an arm amputee and a “memorable” first run back after his accident. “I stumbled on an uneven sidewalk and tried to break my fall with my missing arm. Instead, I landed flat on my face, breaking my nose,” he shared.

Soon after, he proceeded to run two marathons, completed a sprint triathlon, and also rode his bike 300 miles across Michigan on four different occasions.

“I often think about what Winston Churchill said: “˜If you’re going through hell, keep going’. And that is what I have been doing,” said Miles.

In his greatest athletic challenge yet, Miles will be coming from Boston to Oceanside, CA on April 7th to compete alongside his Navy Lieutenant son in the IRONMAN 70.3. They will join a group of fundraisers and Operation Rebound Athletes to raise funds and awareness for the Challenged Athletes Foundation (CAF). “When my son challenged me to join him in competing at Oceanside 70.3, I knew I had found the main event that I’d been looking for since my amputation,” he shared.

Miles has a direct connection to CAF’s work, understanding the power of opportunities, equipment and mentorship for people with physical challenges. “I want to do whatever I can to help CAF’s important mission. So, I told my son “˜game on’ and got busy swimming, biking, running and fundraising,” said Miles.

For Miles, competing in this challenge is, “An opportunity to understand what it means to be resilient; to conquer life despite a disability. None of us can do that alone. We need help to achieve that goal and CAF provides it.”

Help Miles and Team CAF raise money to continue our commitment to helping permanently injured veterans and first responders get access to sports and an active lifestyle. 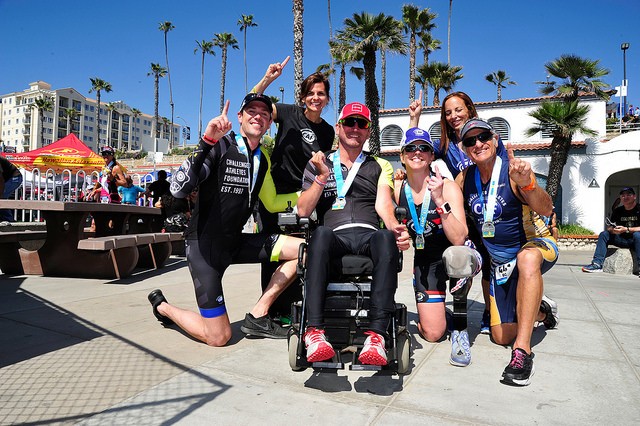