My journey started in April of 2009. I started therapy riding at South 40 farm on a pony named Charlie Brown. My trainer helped me with balance, walking, and trotting on the pony. I rode Charlie Brown for the next two years; part of my time with Charlie Brown was grooming him and taking care of him. When we moved, I unfortunately took a break from riding. Looking back I realized I should have never left. 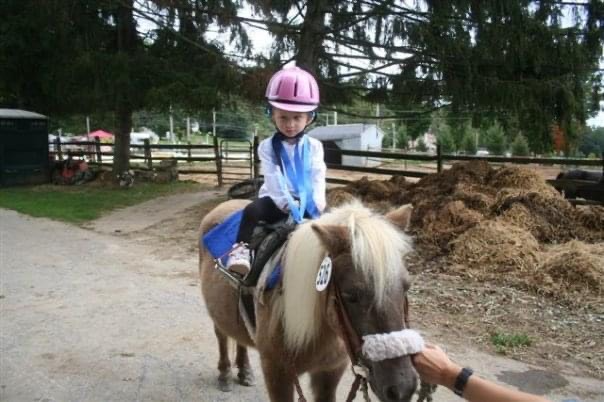 For the next couple of years I tried gymnastics, dance, and diving. At around age 8, I got back into horseback riding at Out Of Reach Farm. I got right back into the saddle on a horse named Jessie.

During my time at Out Of Reach, my trainer, Maria, helped me work on walking, trotting, cantering, and small jumps.

Due to my medical condition, it was very difficult for me to gain weight, and my right foot never formed properly. I am also visually impaired and have a hard time with distance and depth. In order for me to walk, I had to wear a brace to support my right ankle. 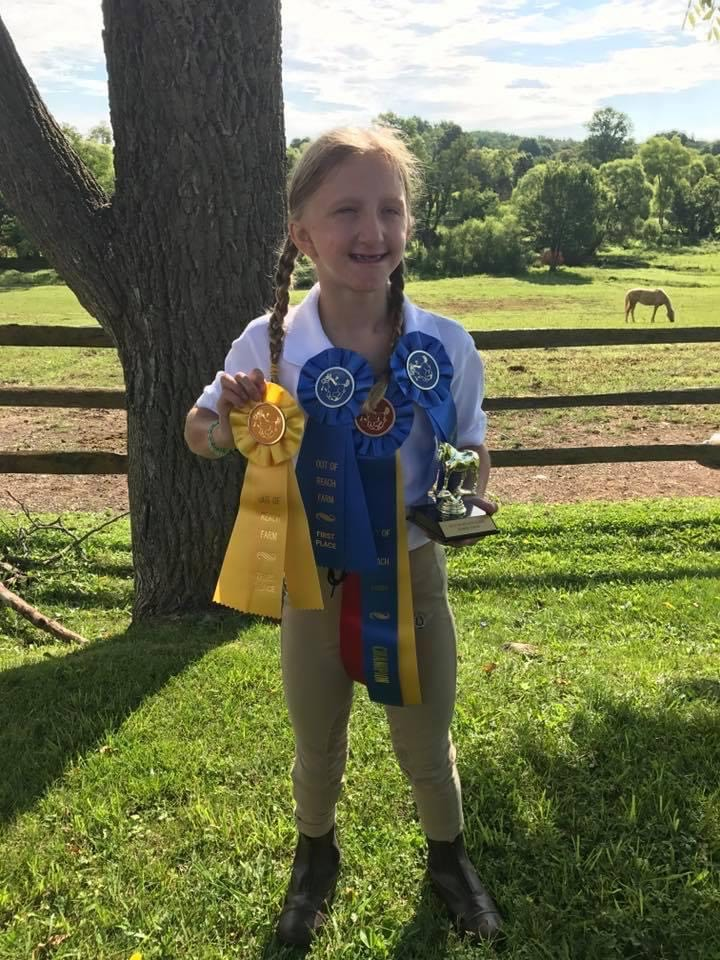 Making The Choice to Amputate

As I ate more and gained weight it became very painful to walk, run, be a kid, and even ride horses. So I had to take a break for riding.

After a visit with my orthopedic doctor, he offered an option to amputate my right foot. As an 11 year old, I told my mom and doctor I wanted to go through with it. So on February 22, 2018 my right foot was amputated.

The next three months were very difficult physically and emotionally. I wanted so badly to get back to riding. After what felt like an eternity I was able to ride for the first time after that 3 months. I wasn’t used to the prosthetic leg yet so I rode without my prosthetic. I can’t describe the emotion going through my head. 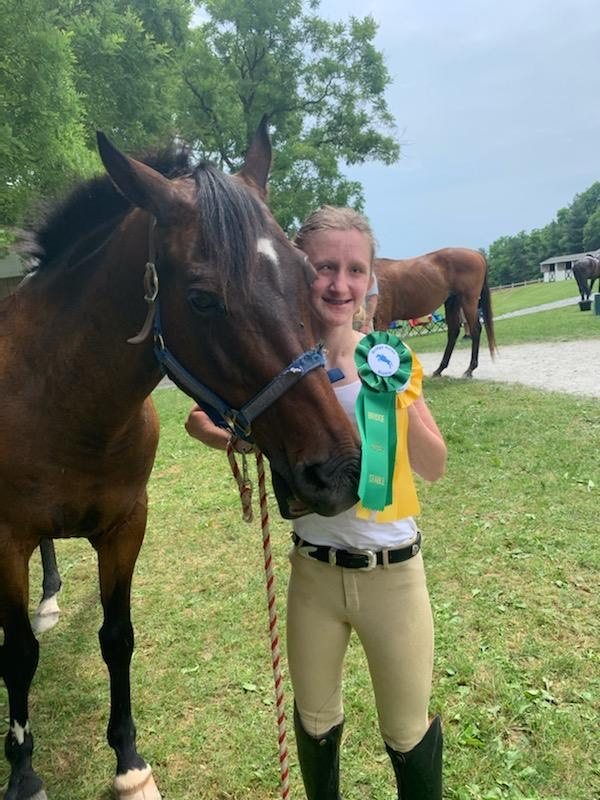 With physical therapy and more riding I was able to get back to where I was before my surgery. For the next year, I continued to ride at Out Of Reach and started competing in horse shows.

About a year later I decided to switch to a different barn in search of bigger and better opportunities. It was a tough decision to leave Out Of Reach and start over but I am glad I did. In January of 2019 I started riding at Durango Farms. 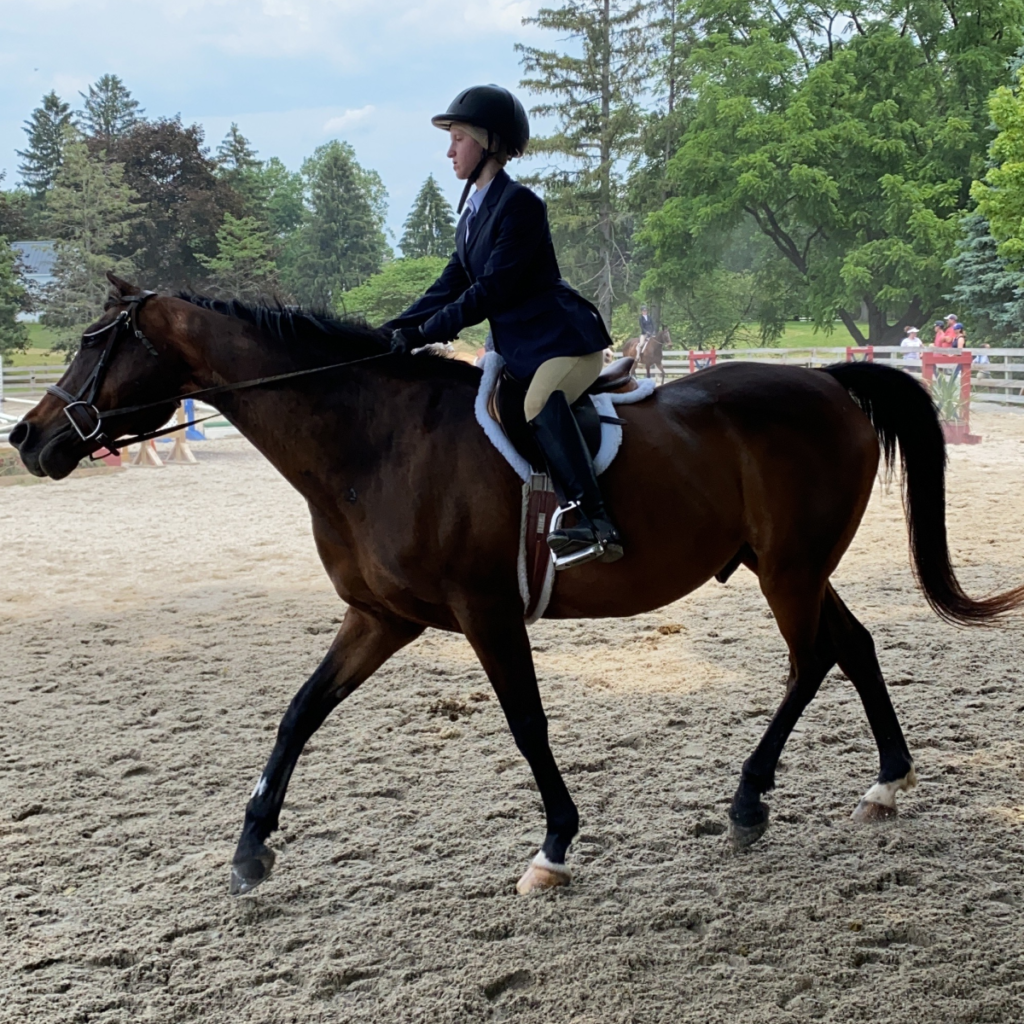 In the fall of 2019 my mom applied for a grant from the Challenged Athletes Foundation without my knowledge. In March of 2020, COVID caused our state to shut down I was devastated because I couldn’t ride.

Thankfully, my mom received an email from CAF stating that I was awarded a grant shortly after shut down. This grant allowed me to lease Kevin – my riding horse – for three months. That day was one of the best days of my life! I was able to ride three times a week and get stronger and work on more competitive skills.

Again in 2021, CAF awarded me a second grant so I could lease Wizard – another horse – for six months. Currently I am leasing Wizard until October. Last month I competed in a large horse show and I received third place out of ten competitors. In this show I also completed my first eight jump course with many turns which is very challenging due to my visual impairment. 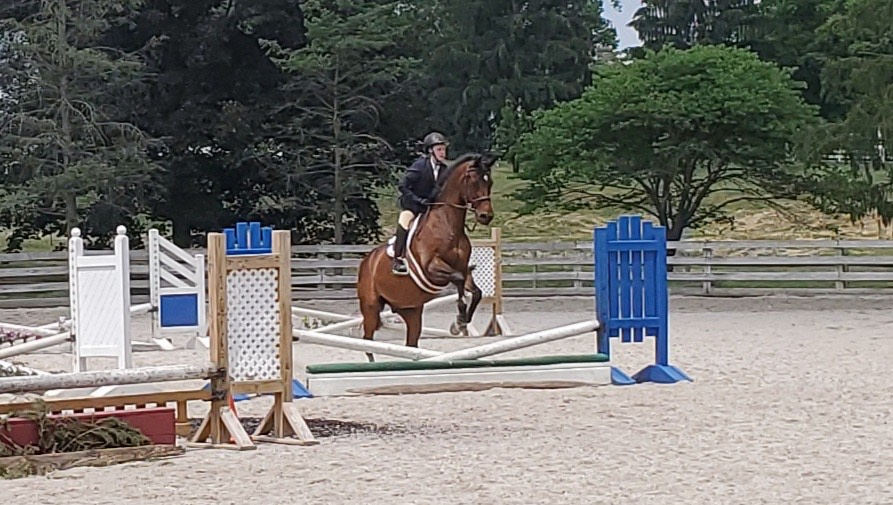 Without CAF I would not be the athlete that I am today! A simple thank you is not enough to show gratitude for what this foundation has done for me!

It is my hope and dream to continue to ride through high school and join an equestrian team in college. I am also learning and understanding how my story is inspiring others.

I am humbled that I inspire others, and I will continue to ride and inspire more people.

To help athletes like Sara, consider making a donation to Sara’s CAF fundraising page by clicking the link below!