Shaun surprised Zach for a snowboard session together and then presented him with a CAF grant for coaching, travel and training expenses so he can pursue his dream of competing in adaptive snowboard competitions. 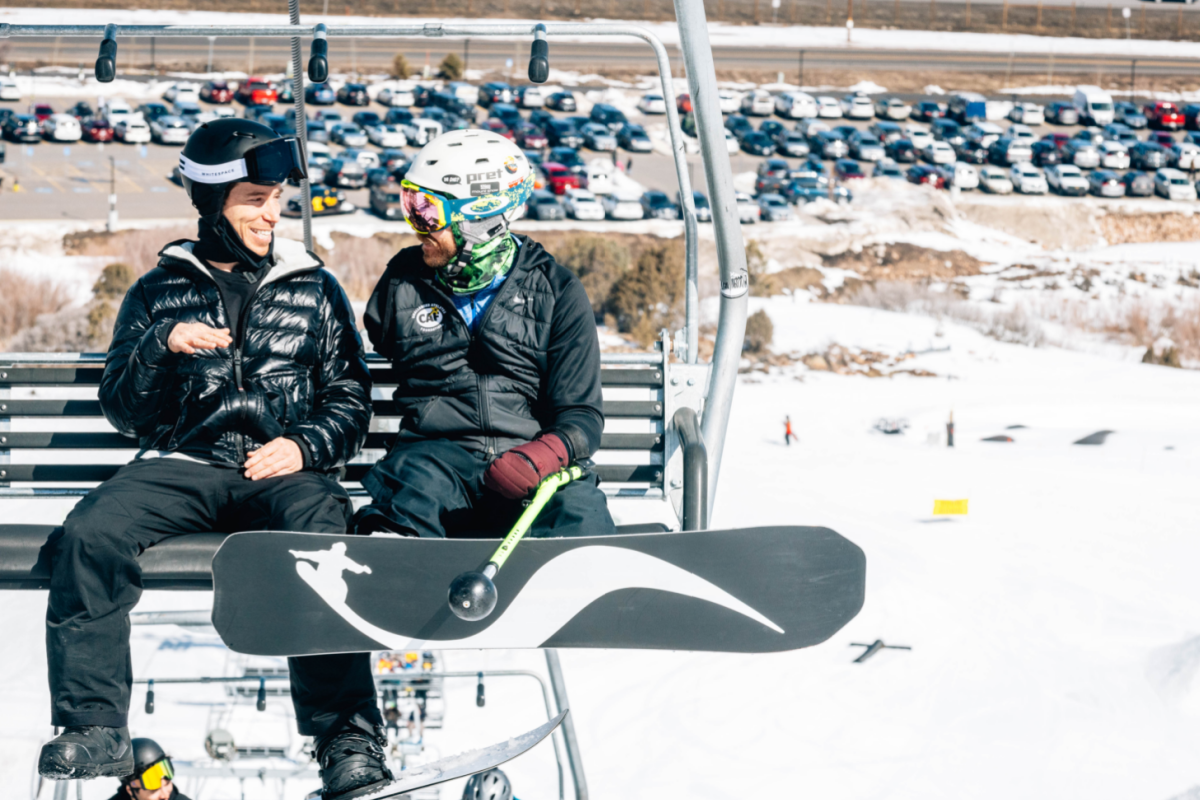 After the two met, Shaun assisted Zach on the chairlift and the two raced down the slopes sharing a few laughs.

“It was an amazing morning on the mountain meeting Zach, he is such an inspiration to everybody” said White. “I was thrilled to play a small part in his journey with adaptive snowboarding and help support the mission of CAF to provide opportunities and access to sports for people with physical challenges.”

“I thought I was just going to train with my coach at Woodward in Park City,” said Sherman. “When I was waiting at the chairlift, a snowboarder wearing all black walked up to me, lifted his goggles, and said ‘Hey dude, I’m Shaun, wanna go take some laps?’”

They rode up the lift inquiring about each other’s lives, then raced down the slopes together. 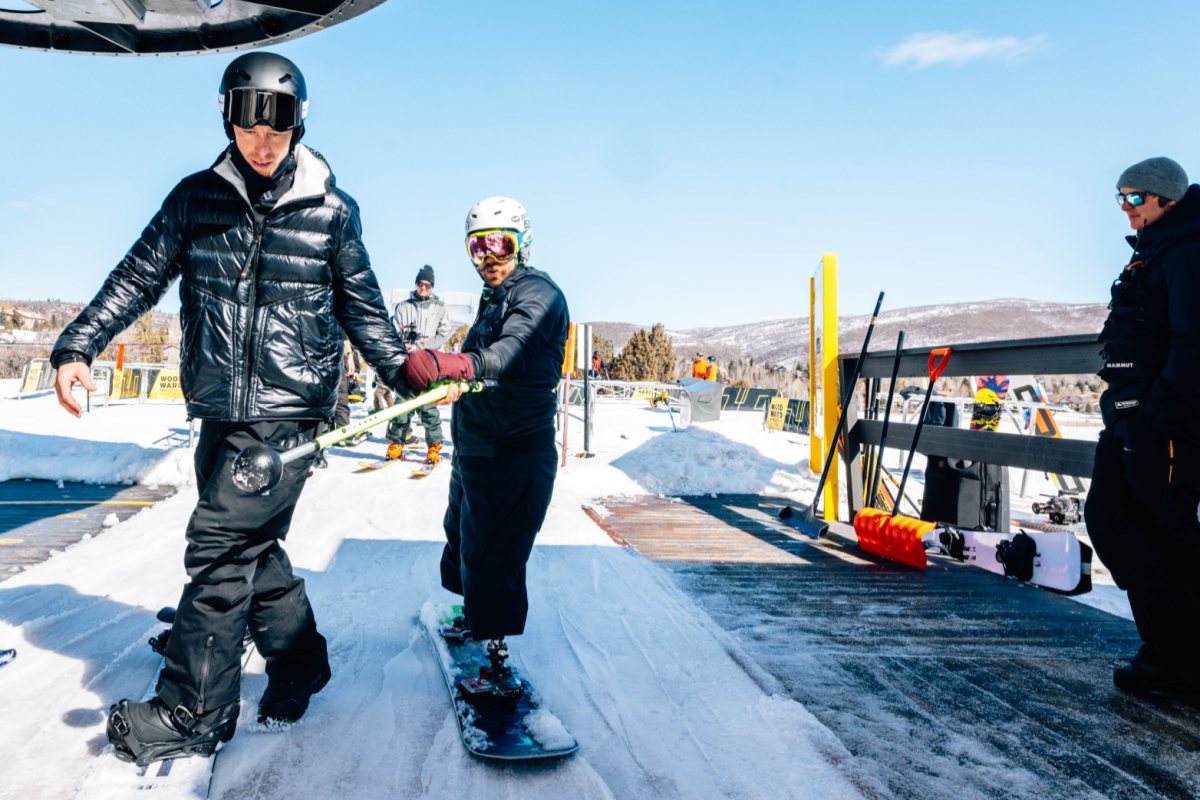 “We entered the halfpipe and Shaun pulled off some tricks right in front of me. At the bottom he reached in his pocket, handed me a grant award from CAF and told me to go live out my dreams.”

Their shared experience demonstrates that with right equipment, access and opportunity athletes of all abilities can shred the slopes and halfpipe together. 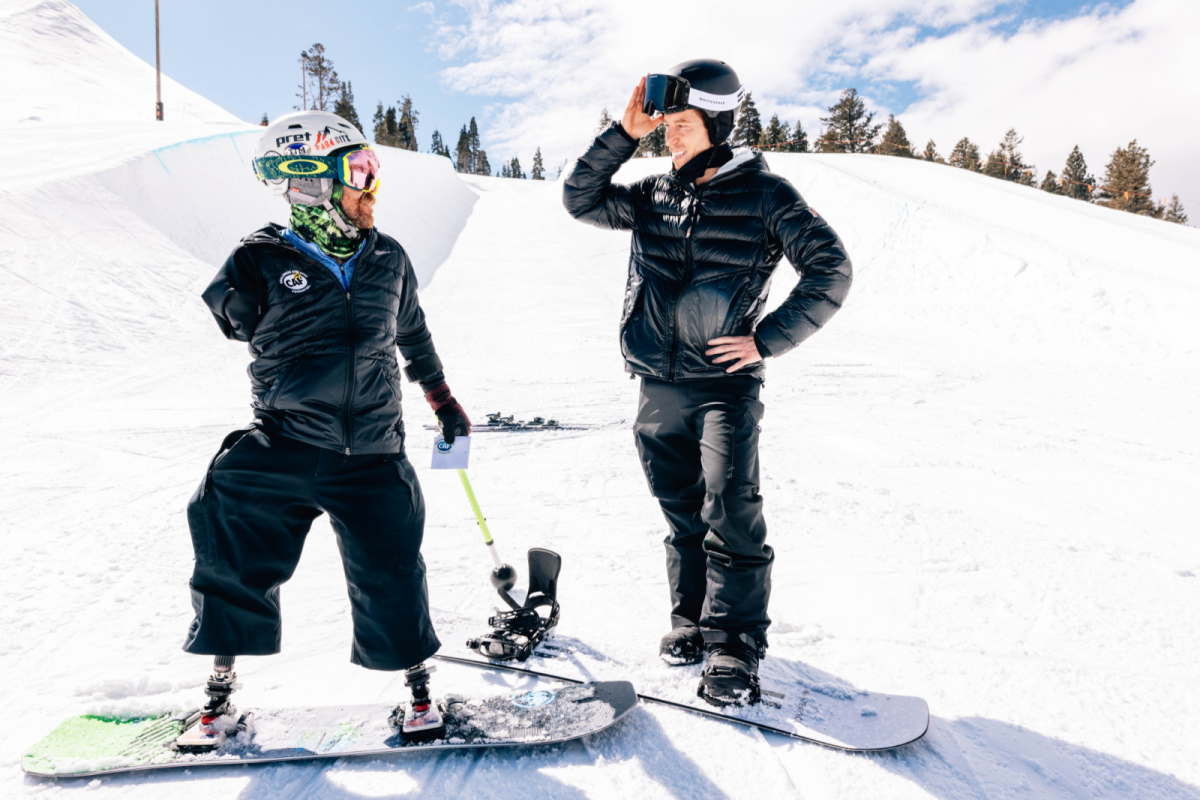 Zach Sherman, the 35-year-old, red-haired adaptive snowboarder, lost both legs and an arm after a life-threatening motorcycle accident in 2010. Zach has been an avid snowboarder since the late 90’s and claims the sport has been an integral part of his life from a young age.

After his accident, the sport became the motivation behind his remarkable survival and recovery. Over the last 12 years, Zach has restarted his life and has been adapting as a triple amputee. He has stepped out of his wheelchair, established mobility using prosthetic legs, and is currently enjoying independent living.

After several years of developing a set of feet with binding attachments he has relearned how to snowboard and has been able to improve on the prostheses to become a better adaptive snowboarder.

“With the CAF grant for coaching, training and travel funds, Zach will be able to continue improving his rising ability and compete in adaptive events in pursuit of his dreams,” said Christy Fritts, CAF Spokesperson.

For 29 years the Challenged Athletes Foundation has been leading the way in the world of adaptive sports. The mission was created to answer the needs of individuals with physical challenges wanting to participate and compete in sports.

This April, CAF will distribute over 3,000 grants to individuals around the world for adaptive sports equipment, training and competition expenses. Everyone has a unique personal story, and without this critical funding, participation in sports would be unattainable due to the general lack of insurance coverage for adaptive equipment and limited opportunities for these individuals to practice and compete.

For media inquiries, please reach out to Christy Fritts.