The Parapan American Games is an international multi-sports event for athletes with physical disabilities. The first games were held in 1999 with 1,000 athletes across 18 countries participating in four sports: athletics, swimming, table tennis, and wheelchair basketball. The event has taken place every four years since, with the most recent taking place in Lima in August. A record 1,850 athletes competed in 17 sports.

A few highlights from CAF ATHLETES

1.THE SWEEP in Women’s Long jump! 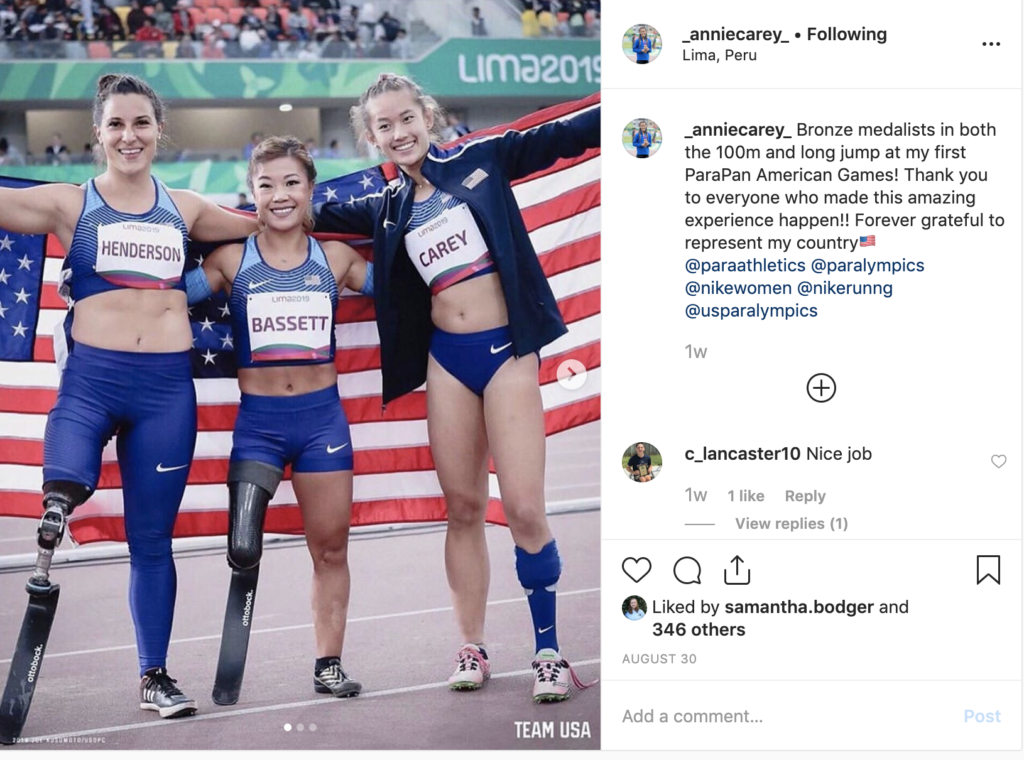 It was a TEAM USA sweep in the Women’s Long Jump T42-44/T61-63! Our CAF Ambassador Scout Basset won gold, CAF grant recipient Lacey Henderson won silver, while 15-year-old Catherine Annie Carey took home bronze! Scout has been a part of our CAF family since she was a little girl, and Annie too! As Annie lives in Idaho, she has become a big part of our new CAF Idaho family. 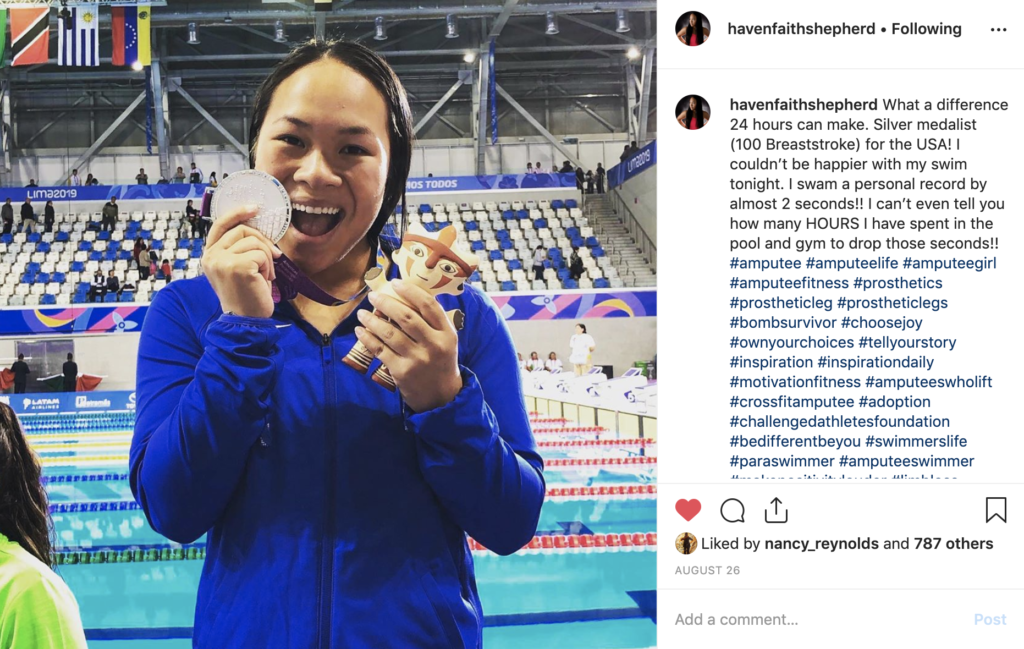 Haven Shepherd took home two silver medals and a bronze medal at her first Parapan American Games! Haven has been a part of our CAF family since she was a little girl. Every year Haven joins us at our Aspen Medical Products San Diego Triathlon Challenge and swims the 1-mile swim, and then runs with the younger generation during the Kid’s Run. Watch this video of Haven when she was 9-years-old 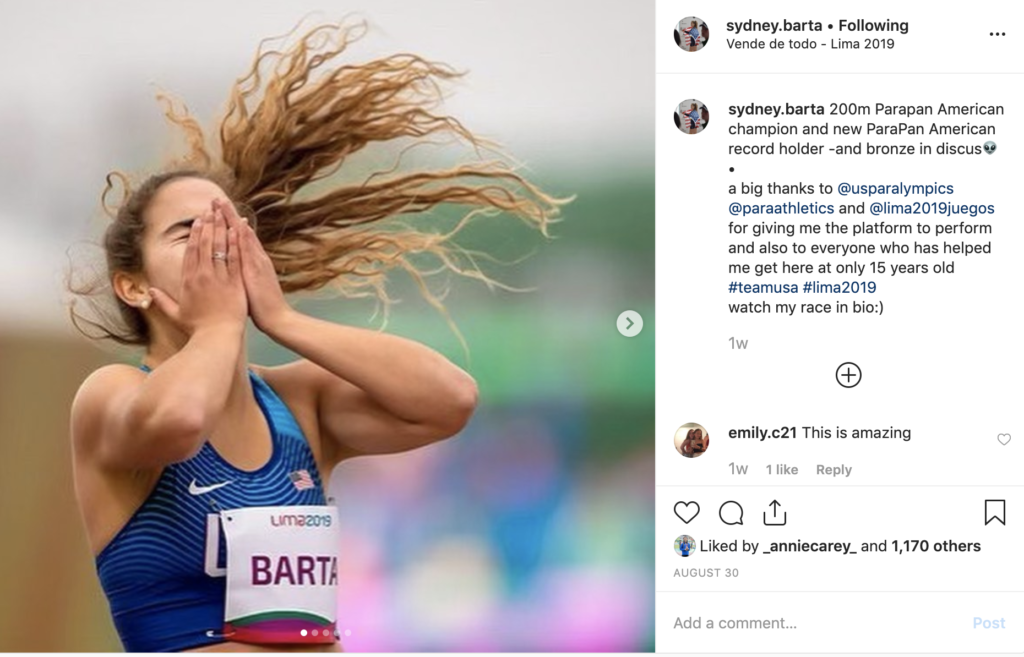 15-year-old Sydney Barta is a Parapan American Games Champion! She won gold in the Women’s 200m and set a record! It was Sydney’s first Parapan American Games.  She also won Bronze in Women’s Discus Throw F64.Sydney is a CAF grant recipient, and last August she tried out the sport of triathlon at our Youth Paratriathlon Camp in San Diego.

Ezra Frech took home two silver medals at the Parapan American Games! One in the high jump, and another in the long jump. Ezra has been a big part of our CAF family since he was born.  Even though Ezra is only 14-years-old he is already a mentor for the younger generation of CAF athletes, and has helped his dad create and run Angel City Sports

Brandon Lyons took home two silver medals at the Parapan American Games in cycling! For the last two years in October, CAF grant recipient Brandon has been riding down the coast of California with us for the 7-day, 620-mile Million Dollar Challenge Ride raising money for our mission to empower individuals with physical challenges through sports. 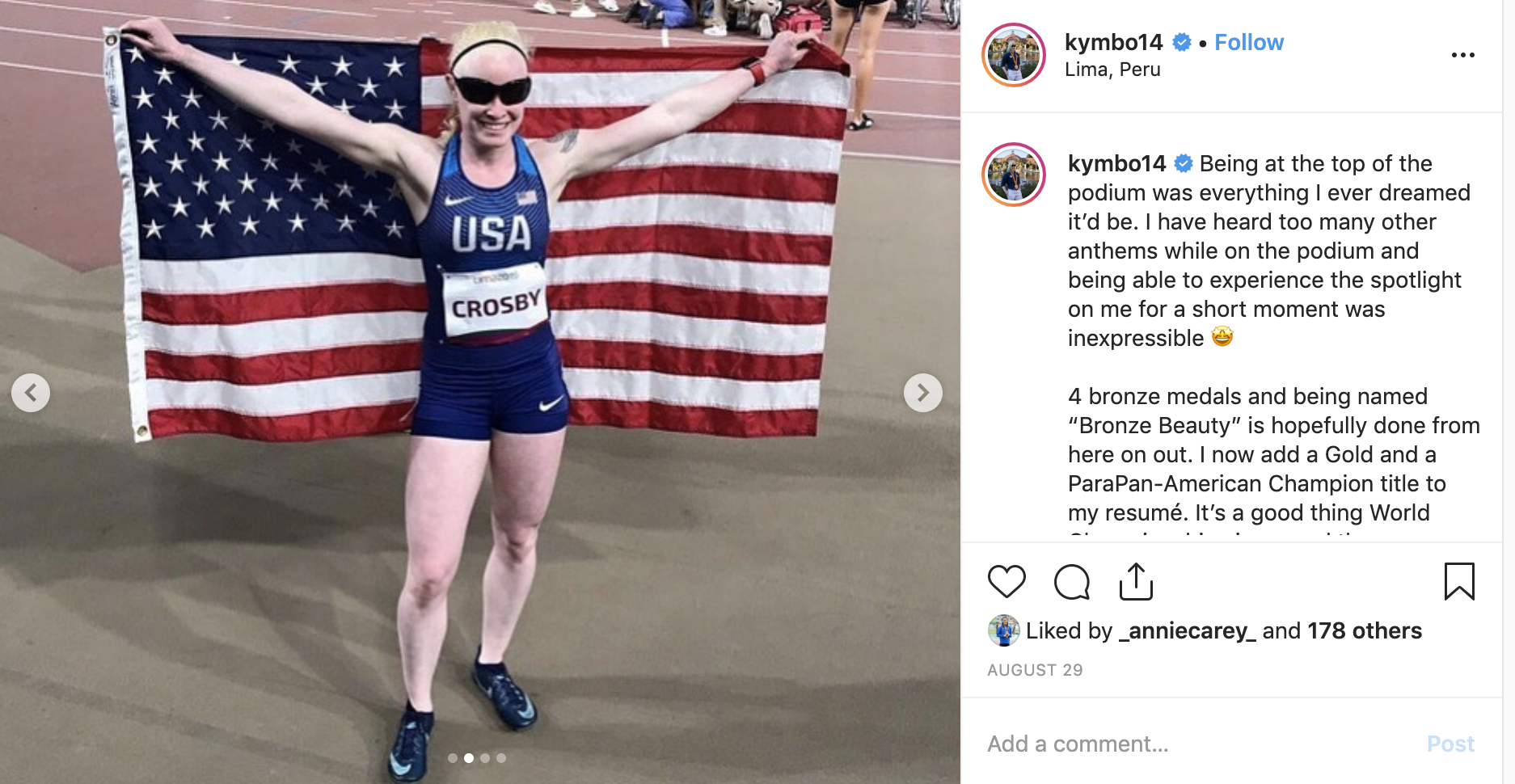 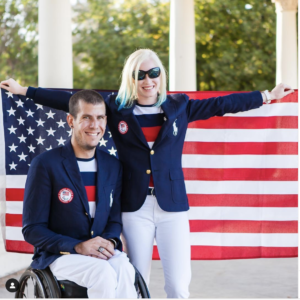 These are just a few of the incredible achievements of CAF grant recipients at the Parapan American Games. In total over 60 grant recipients won medals!  Congratulations to all, and to every member of Team USA!