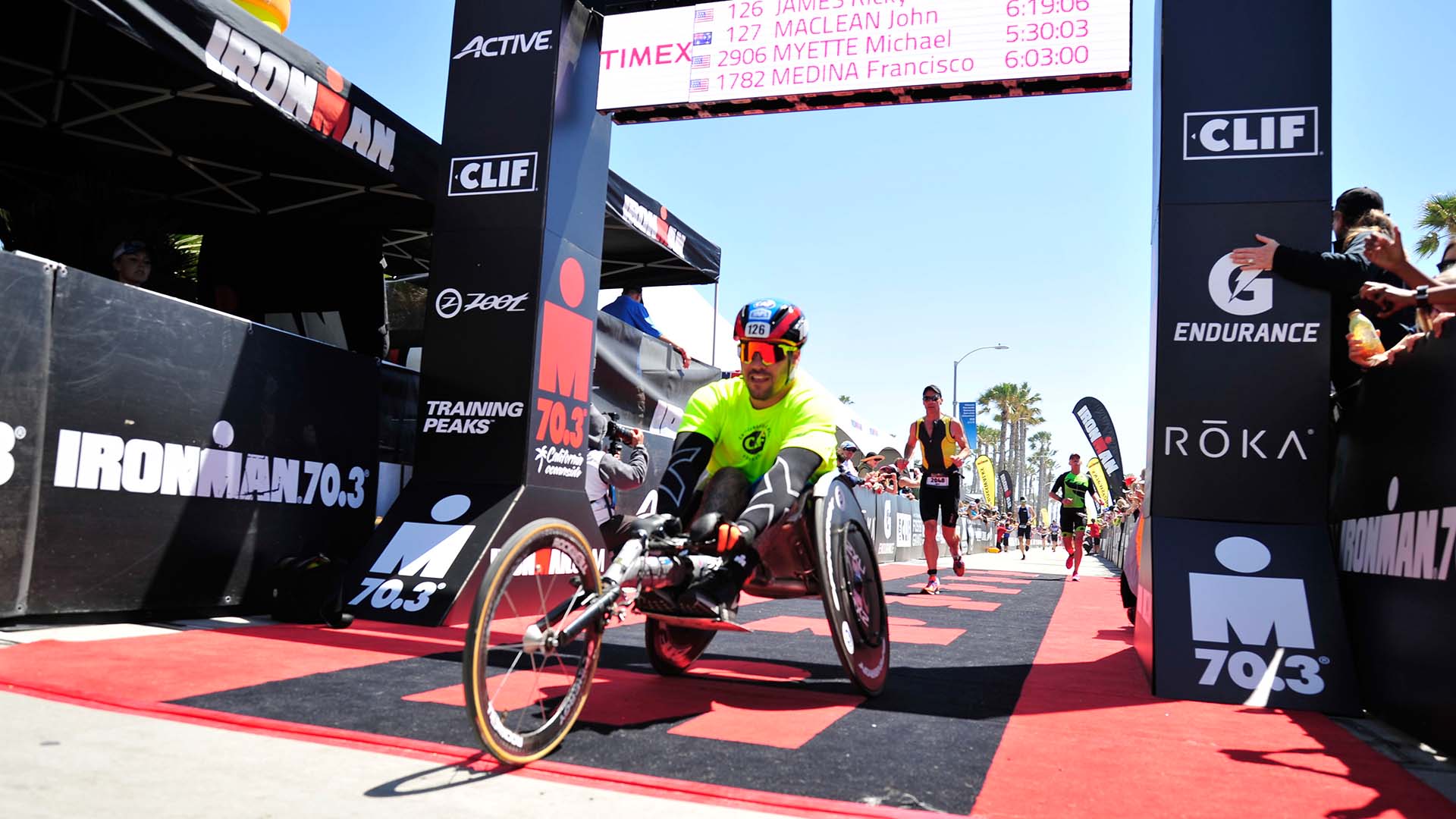 As the birthplace of triathlon with an ideal climate year-round, San Diego and the surrounding areas are full of awesome triathlon events. Triathlon also happens to be deep-rooted in our 25-year history. Our first fundraising event was the San Diego Triathlon Challenge in 1994 to raise money for one man, Jim MacLaren, an amputee triathlete who became paralyzed after a car struck him during a triathlon race. From that one fundraiser 25 years ago, we’ve now given over 23,000 individual grants for adaptive sports equipment, training, and competition expenses. We still put on the fundraising triathlon event today with over 200 challenged athletes who compete side-by-side with all competitors. Come and join us for our  25th anniversary of where we got our start, 25th Aspen Medical Products San Diego Triathlon Challenge in La Jolla Cove.Starting from September 2018 until August 2019, we’ve listed some of our favorite local events ( plus a couple of others we just love!)

At the Marine Corps Base on Camp Pendelton, both military and civilians can compete.

First ever triathlon which began in 1974. Our CAF Operation Rebound is a beneficiary. 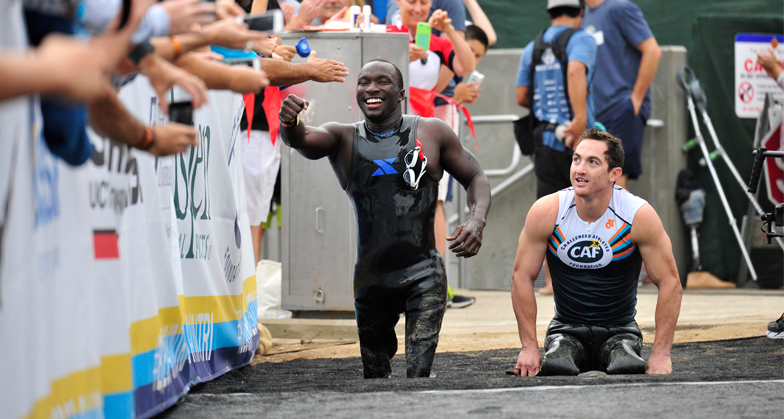 Called the best day in tri this triathlon is a 1-mile swim, 44-mile bike ride and 10-mile run benefiting  Challenged Athletes Foundation and its mission to give individuals with physical challenges access to sports. Uniquely an inclusive event, there are over 200 athletes with physical disabilities competing alongside all competitors.

Although not a triathlon, it is a great run race in beautiful Coronado. The race benefits the Challenged Athletes Foundation’s Operation Rebound Program and its mission to get permanently injured military personnel and first responders back into the game of life through sports

An adult and youth reverse sprint triathlon for all fitness levels and abilities.

Presented by the University of San Diego. Mission Bay Triathlon

Kionte Story crossing the finish line at the IRONMAN 70.3 Oceanside

Called the Woodstock of triathlon, Wildflower is a full weekend festival with live entertainment, wine tasting, celebration beer garden, the latest and greatest in training gear, race clinics presented by top professionals, movie under the stars, campfire antics, and more.

Not a triathlon, but a very fun event in San Diego!

There are two courses to choose from, an International course and a Sprint course. 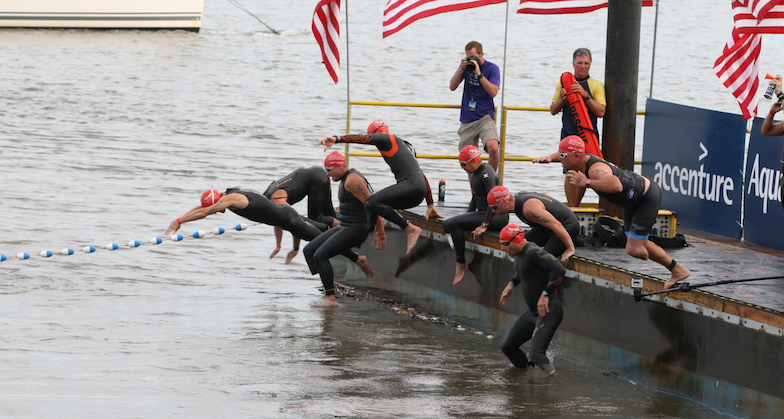 This is a sprint triathlon, duathlon and aquabike

The Challenged Athletes Foundation (CAF) supports individuals with physical challenges by providing access to sports and an active lifestyle. In the last 25 years, CAF has given 23,000 individual grants and raised over 100 million dollars to go towards adaptive sports equipment, training, and competition expenses. CAF’s grant program supports individuals of all ages and of all levels of physical abilities: young athletes, Paralympic hopefuls, wounded veterans, active individuals, and weekend race warriors. In 2018, CAF distributed grants across 95 different sports in 48 states and 40 countries.