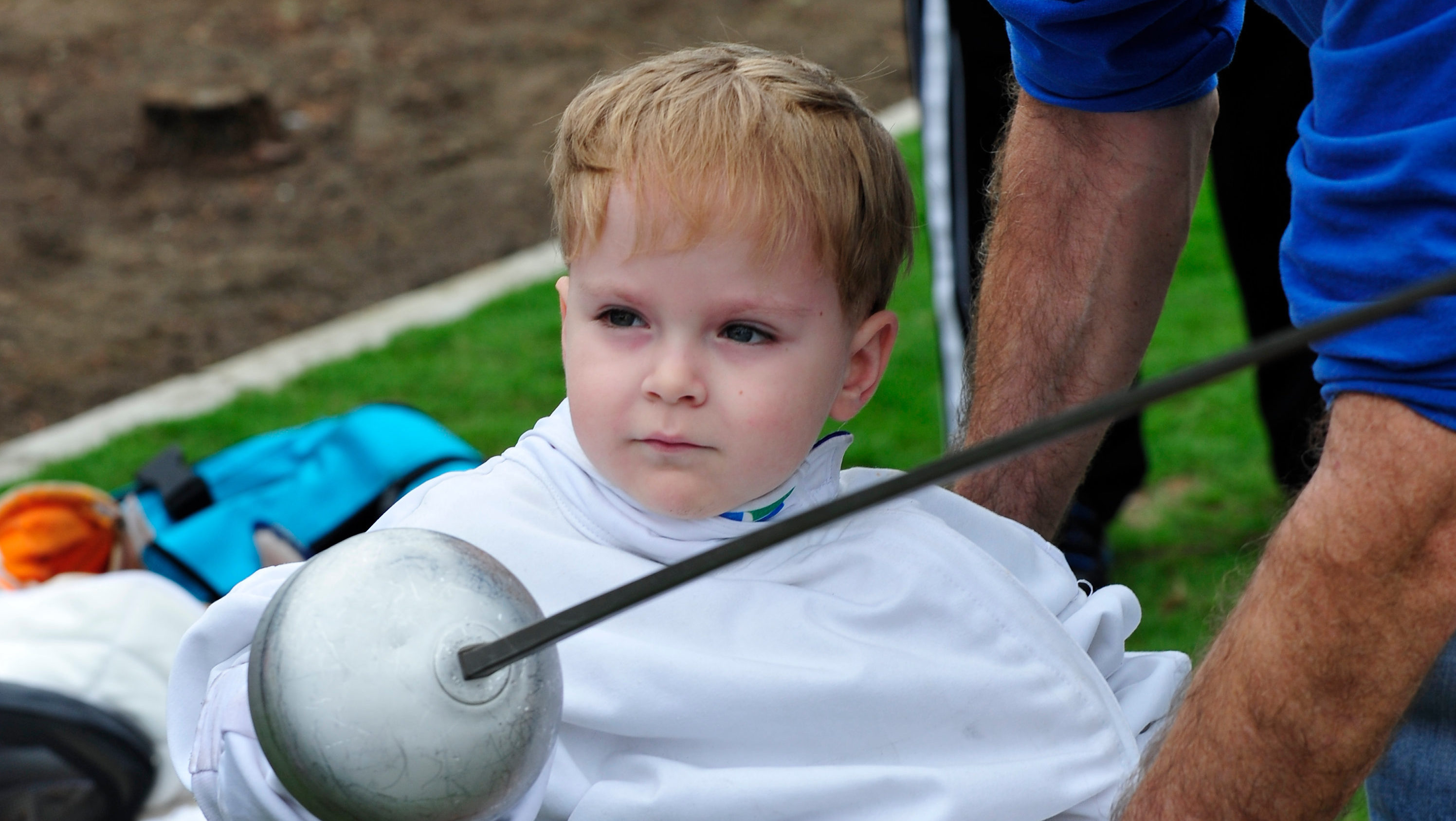 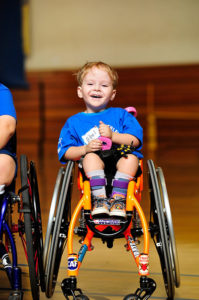 Abel Rose was born with myelomeningocele spina bifida and hydrocephalus on September 17, 2011 in Waxahachie, Texas. His parents already had a six-year-old with autism, but they had no idea what to expect with a physical challenge. Their primary concern was promoting his independence. Unhappy with the bulky wheelchairs that are typically used by toddlers and pushed by their parents, his father built a custom chair that Abel could push himself. Abel was speeding past his able-bodied peers by the time he was nine-months-old.

People weren’t used to seeing a child that young with that incredible independence, and photos of him began to circulate around the internet. These photos reached the attention of one of CAF’s sportschairs vendors, Mike Box of Box Wheelchairs. Mike designed Abel’s now famous orange chair, and he reached out to CAF to ask how else we could help the Rose Family. CAF invited them to the San Diego Triathlon Challenge in 2015. Abel is unable to fly due to his hydrocephalus, and so the family piled into the car and drove over 24 hours to get to San Diego.

Abel is now a CAF superstar. Along with his parents, he spreads awareness to other families to show that their children can be independent and that there is no such thing as “being confined to a wheelchair.” That phrase indicates a lack of freedom, but anyone looking at Abel will know that his wheelchair is the tool that enables him to grow up like any other toddler out there.

The privilege of mobility, often taken for granted, is critical in that it promotes higher thinking, reasoning and develops a sense of self.  At an age where a child will believe anything they’re told, Abel will grow up rightfully believing that he is not only strong and capable, but also at no disadvantage when it comes to opportunity and success.