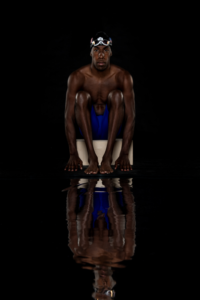 Jamal Hill grew up in Los Angeles, California and at the young age of just 10, he began to experience paralysis in his body. Basic movements became difficult, and he was hospitalized after getting the flu and later becoming paralyzed.

At one point, doctors considered amputating his right arm. He learned that he was diagnosed with Charcot-Marie-Tooth (CMT). Jamal was not ready to let CMT control him or his athletic endeavors. A gifted swimmer, Jamal used the sport to overcome challenges he faced growing up.

Through his hard work, he earned a swimming scholarship to Hiram College, and later had the opportunity to train under USC’s Elite Swim Team.

Now, he has regained mobility and is ranked number one in the US Paralympic 100 Free and is ranked 22 in the entire world! He is now training to compete in the 2020 Paralympic Games in Tokyo.