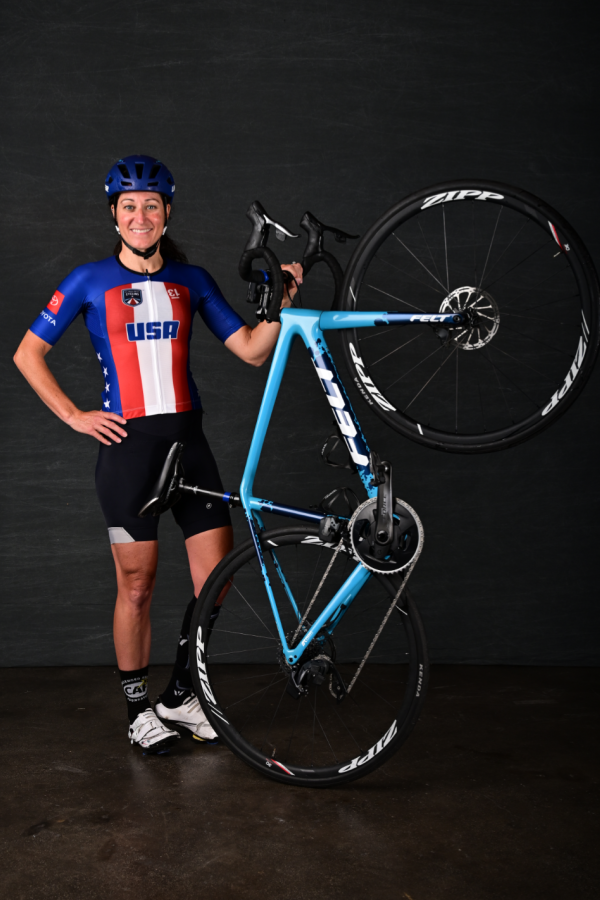 Jamie started competitive swimming at the young age of 5, then turned to running in high school, which earned her a scholarship to California State University, Northridge. After earning a degree in criminology, Jamie decided to give triathlon a try. It was at this time she met her husband who got Jamie started in Mountain Biking. At the end of 2001 Jamie turned pro in both Mountain Biking and Xterra (off-road triathlons). Jamie dominated the Xterra scene both in the U.S. and overseas for nearly 7 years. Jamie held 37 Championship wins (more than any other female or male at that time), 6 U.S. Championship Titles, and 1 World Title.

In 2008 Jamie was diagnosed with a rare form of cancer called Spindle Cell Sarcoma, which was wrapped around her sciatic nerve, which resulted in the loss of use of most of her left leg with a condition called “drop foot.” After three years and twin boys, Jamie returned to competition as a paracyclist. Jamie has won 11 World Titles (on the road and on the track) and set 2 world records in the 500TT and the 3K pursuit. Because of these great results, Jamie was nominated and won an ESPY for Best Female Athlete With A Disability. She is also on the path to the Tokyo Paralympic Games in 2021.