On November 9th, Challenged Athletes Foundation and the Philadelphia Flyers, in partnership with Toyota, held a sled-hockey clinic for 15 adaptive athletes at the Flyers Skate Zone practice facility!

Through connection to local sled-hockey teams in South New Jersey, the Sled Stars and Hammerheads, CAF was able to host kids that were both experienced sled-hockey players, or brand new to the sport. Among the names that got in a sled for the first time, Chase Merriweather, Xavier Ray, and Mekai Wong. 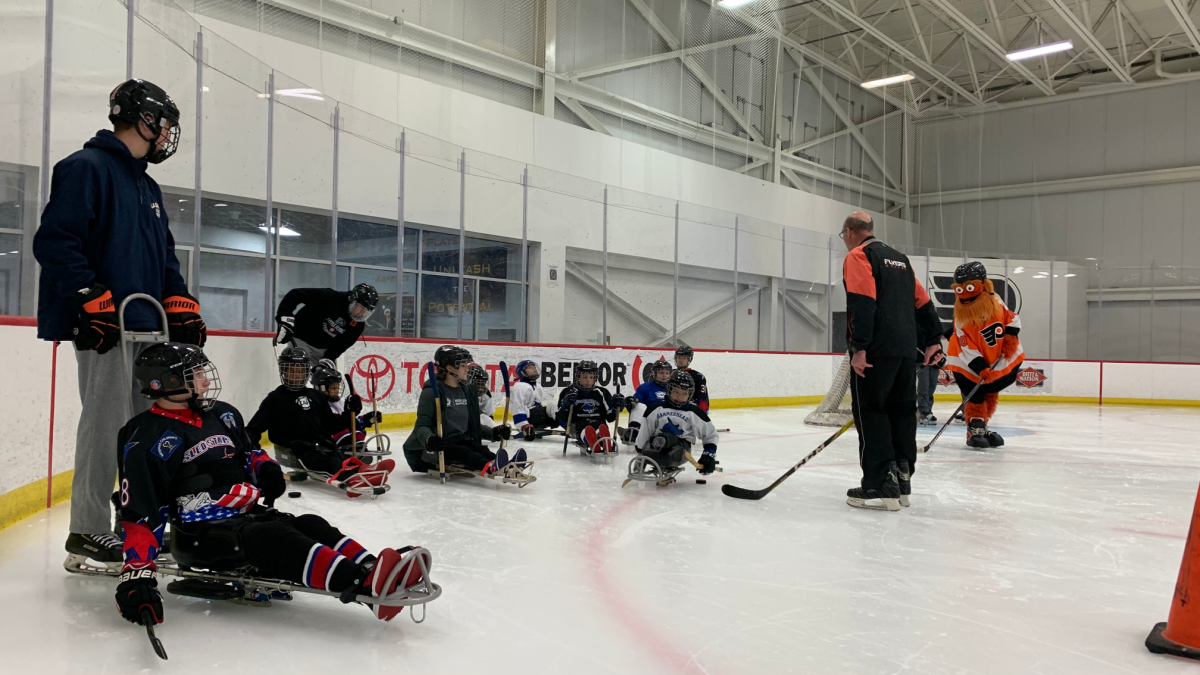 The clinic was run by two former Philadelphia Flyers legends, Brad Marsh and Bob Kelly. They instructed the group through skating, passing, dribbling and shooting drills. After the clinic, Marine Corps Sergeant Major, Ronald Green, spoke to the athletes, commemorating their bravery and ability to overcome challenges. 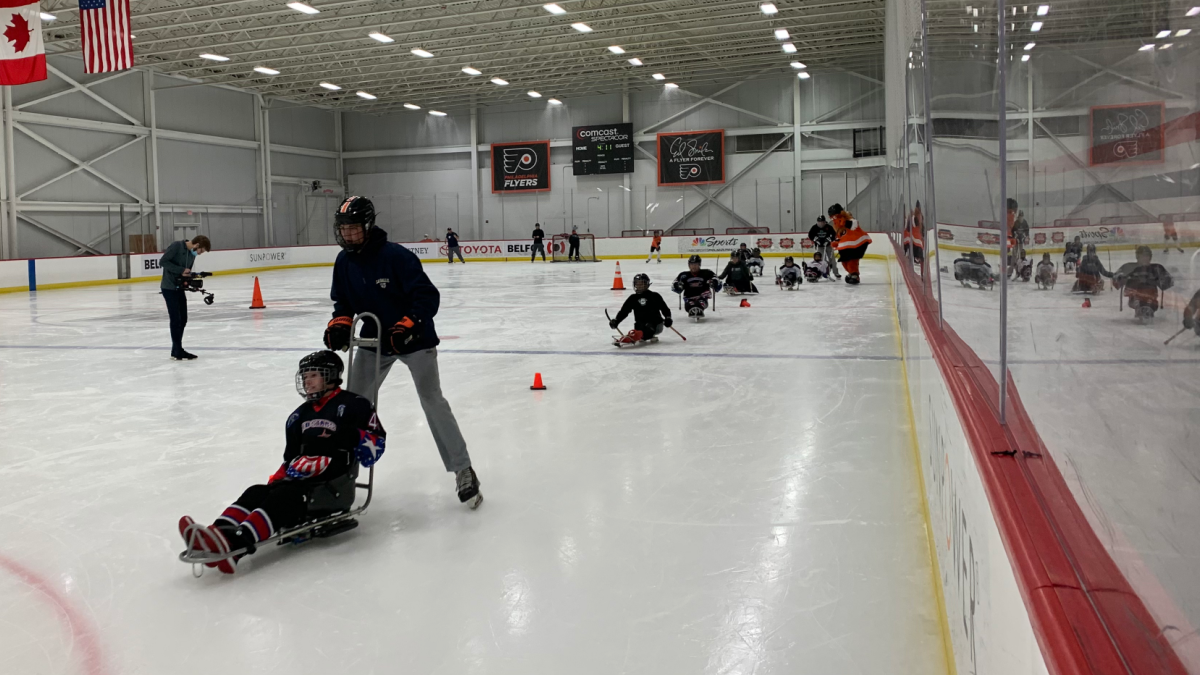 The kids were then presented with goody bags from Toyota, that had 4 free tickets to the Philadelphia Flyers hockey game the following night against the Toronto Maple Leafs! At the game, there was a special halftime presentation for Military Appreciation Night honoring CAF’s Operation Rebound athlete, Sonny Wimberly, and presented CAF with a donation! 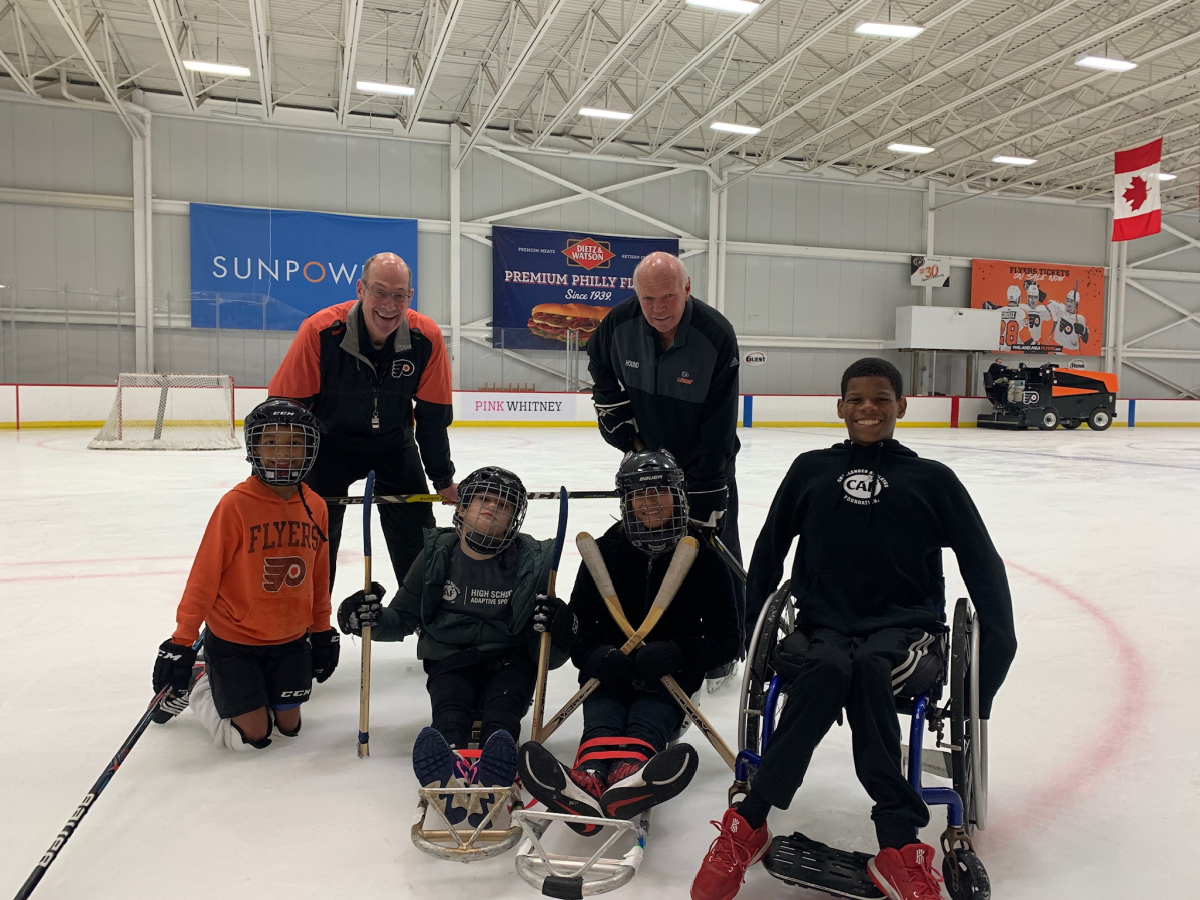 In areas where adaptive athletics are not as prominent, Challenged Athletes Foundation is partnering with professional sports teams to provide access to camps and clinics for local adaptive athletes of all ages and skill levels! Thanks to Toyota and the Philadelphia Flyers, we are able to make these opportunities possible!