: Running
City: New York City, NY
Grant: Ã–ssur Cheetah
Bio: Jolie has discovered a whole new life of freedom through running. After losing her leg below the knee to Gorham’s Disease in 2010, Jolie Sutter was unsure she would ever be active again. In 2012, she received her first CAF grant for an Ossur running prosthetic, which she described as, “a gift that is hard to put into words”. She never wanted to take it off! Jolie began running at least three times each week and is sure to rack up many more miles on her brand new Ossur Cheetah leg thanks to CAF.
Quote: “I remember running down my first hill in Central Park and I was flying; at the time, I didn’t know how to control my speed and it was this awesome, liberating feeling. I had thought running in my prosthetic leg was a gift after years of no physical activity but running in my running leg was a miracle.”
Motto: “I am differently abled, not disabled.”
Disability: Amputee 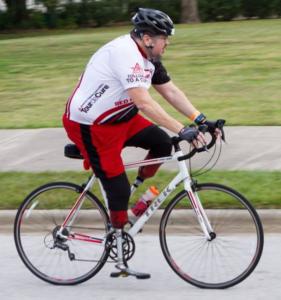 : Triathlon
City: Katy, TX
Grant: Triathlon Bike
Bio: Over the last few years, Chris has completed two Ragnar races, multiple triathlons, and dozens of 5K races. Chris began making health and fitness not just a priority, but a lifestyle, after losing both of his legs to diabetes at the young age of 31. Chris began to steadily lose weight with diet, surgery and exercise, dramatically improving his health and quality of life. A new triathlon bike from CAF will help Chris to train and compete, continuing on his path of defying all limitations.
Quote: “I began to lose weight and get my health under control. did the very best I could despite challenges and I completed my first 5K and a Tough Mudder the next year.”
Motto: “No Feet, No Excuses”
Disability: Bilateral Amputee 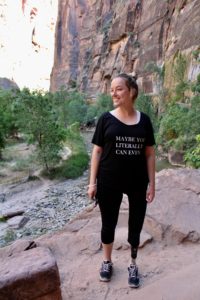 : Cycling
City: Gainesville, FL
Grant: Coaching/Training Fees
Bio: 26-year-old Clare is living a well-rounded, active lifestyle of cycling, swimming and adaptive skiing. It has taken a lot of hard work and physical therapy to get to this point, after she went from a healthy college freshmen to a cancer patient fighting for her life. As she battled Leukemia, an infection in her leg sent her into septic shock, and doctors made a life-saving decision to amputate her leg. After two years of hospital stays and surgeries, CAF has given Clare the tools to regain her strength and confidence. A 2018 grant for coaching and training expenses will help Clare maintain the active lifestyle she has fought so hard to achieve.
Quote: “Before CAF, I had always felt insecure and overwhelmed when it came to exercising. My trainer helped me overcome these feelings and get on the path to becoming stronger and more in shape.”
Motto: “Always be positive and find the good in every situation- and the good in every day.”
Disability: Amputee

: Handcycling
City: Strongsville, OH
Grant: Top End Force 3
Bio: After riding a handcycle last year, Mike has been captivated by the immense spiritual, mental and physical freedom of the sport, equating the experience to running through the woods as a child (something he hasn’t been able to do in decades). At the age of 17, Mike was in a car accident that left him with paraplegia. After dealing with chronic pain for over 40 years, he has learned that the best medicine is physical activity and exercise. Thanks to a CAF granted handcycle of his own, Mike will continue to experience the sweet freedom that he encountered during his first ride.
Quote: “There are days when I don’t feel like getting out of bed because I’m feeling exhausted or in a fair amount of pain, and the one thing that helps me drag myself out of bed is having a handcycle to ride so I can just get distracted from things for an hour or two while getting some great exercise.”
Motto: “Get up, get back on your feet!”
Disability: Paraplegic