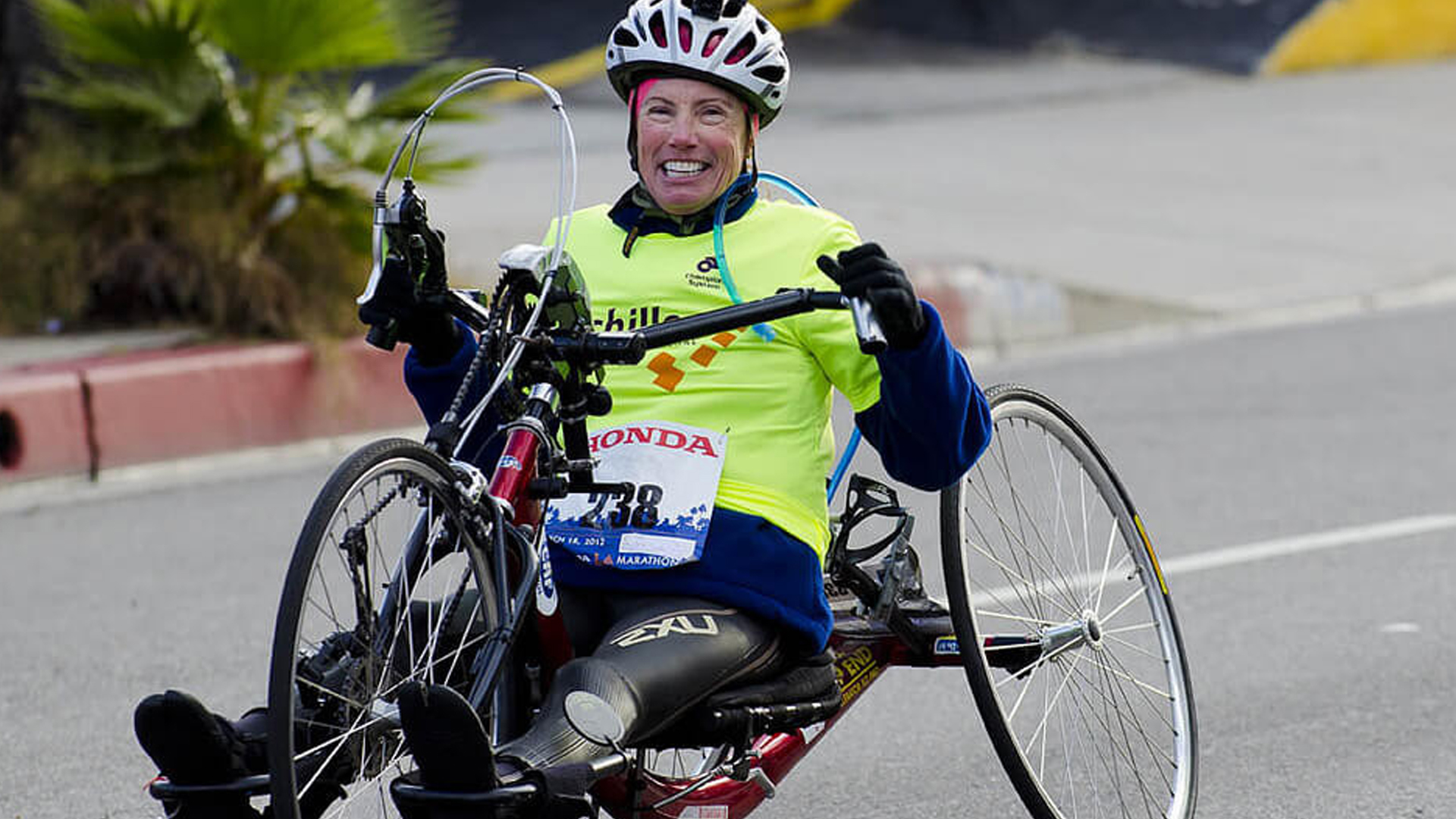 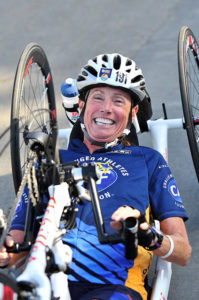 I’m a Wife, Mother, USAT Coach and an incomplete T6-7 Paraplegic. 2001 I did the Ironman California as a Full Ironman and then qualified for Kona. A week later I did San Diego rock and Roll Marathon and qualified for Boston Marathon for April 2002. I went to Kona but a week before Boston I was in a 50 mile bike race training for another Ironman and took a fall from the bike on a downhill and landed between my shoulder blades, on broken asphalt and water rendering me a SCI.

Through CAF in 2010 & and grant for a Handcycle I was able to take care of some unfinished business and qualified for one of the eight spots open that year for Handcyclists. I was seen by a

Chinese Diplomat on a blog about throwing kisses to the crowd at the end of Boston Marathon and he had the race Director of The Great Wall of China Marathon contact me and ask if I could come do their Marathon. May 1, 2011 the Marathon was completed with a walker, brace and then on a Handcycle in 7 hrs. 20 mins.

Since then I have completed a Marathon on each Continent and registered for the Guinness World Book of records. I am asking for a grant to help get me to the Arctic Circle for the Arctic Marathon. This would be the first female “challenged athlete” to do both Antarctic and Arctic marathons and register for another GWB of records.