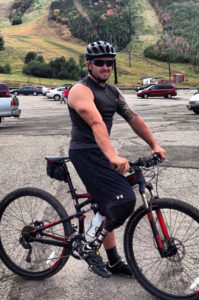 installation, Brandon attempted to save his coworker from a fatal fall. In the process, Brandon suffered multiple broken bones and crushed joints in his lower legs.  To stop the spread of infection, his right leg was amputated below the knee. The decision was not easy, but seeing his sister, Tara, who had lost a leg due to a trauma accident seven years prior thriving in life, the decision became easier. He has since become more active, enjoying many of his pre-injury sports, and will be running with Tara in the 2018 Empire State Building Run-Up.
CAF Grants