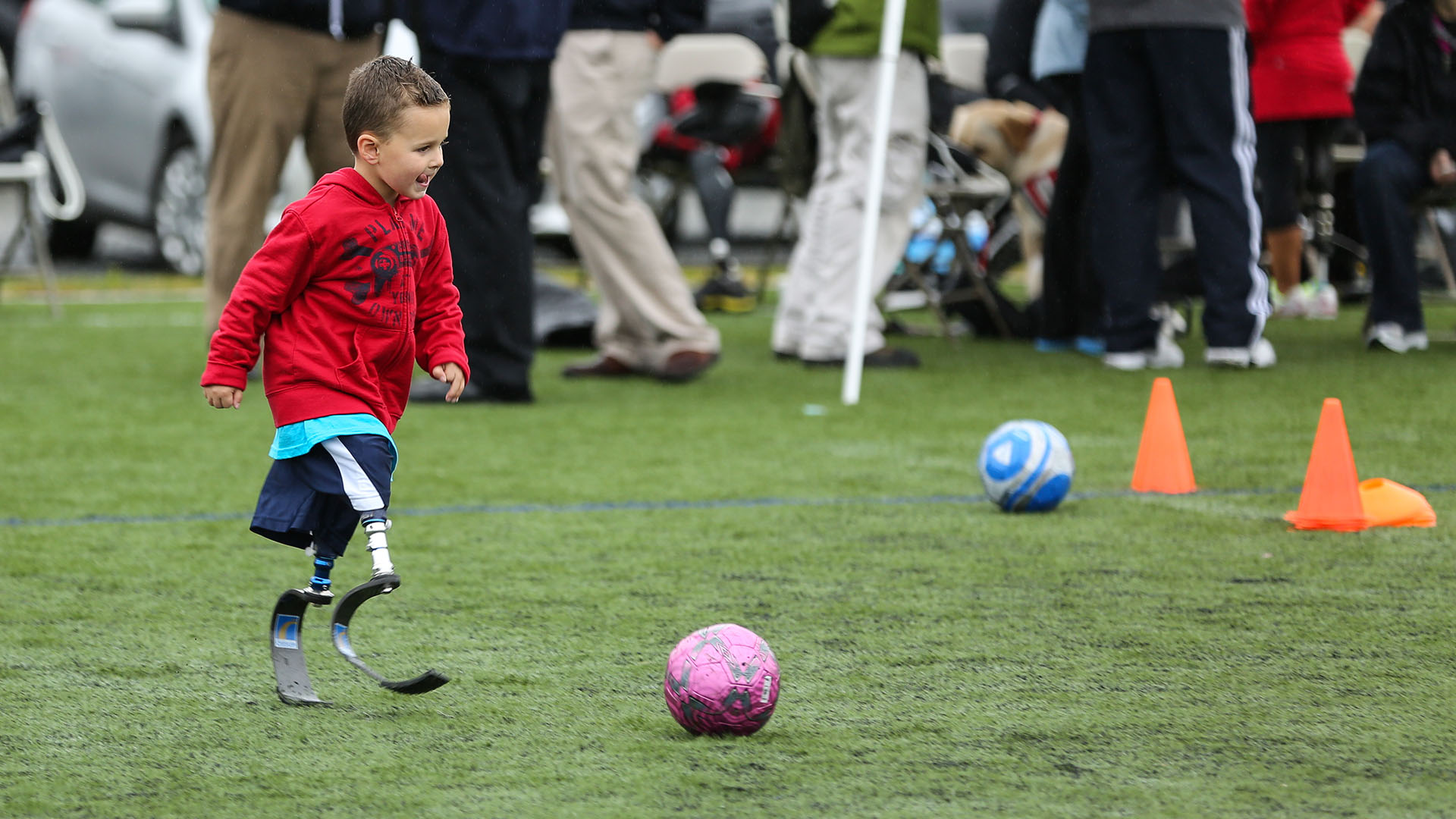 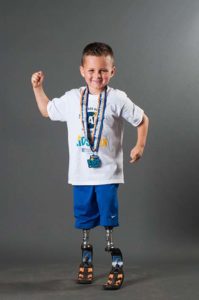 Braylon “Bray” O’Neill was born with a genetic birth defect: congenital bilateral tibia and fibula hemimelia, plus syndactylism of the last three digits on his left hand. But Bray has never let his disability get in his way. He learned to crawl at 8-months and was running on his knees before his 1st birthday. Just a few days after receiving his first prosthetics at 11-months, he pulled himself to a standing position. Three days after having both of his legs amputated, he was flying around the house, his arms acting as propellers. And just days after receiving new below-knee prostheses in July 2012, he was kicking a ball in Central Park, and a week later he was outside roughhousing with his cousins.

Braylon is an extremely active little boy who is obsessed with all sports. He takes acrobatics, tennis, and swim lessons. He is in a tee-ball league and is fascinated by golf. Braylon’s first encounter with CAF occurred at the Aquaphor Triathlon in New York City, in July of 2012. Braylon had the opportunity to visit the CAF booth and had the privilege of meeting several individuals within the organization. A few weeks later, Braylon was provided with a grant to attend the San Diego Triathlon Challenge. The experience was beyond powerful, as Braylon was able to interact with strong and able athletes who have “legs like him.”