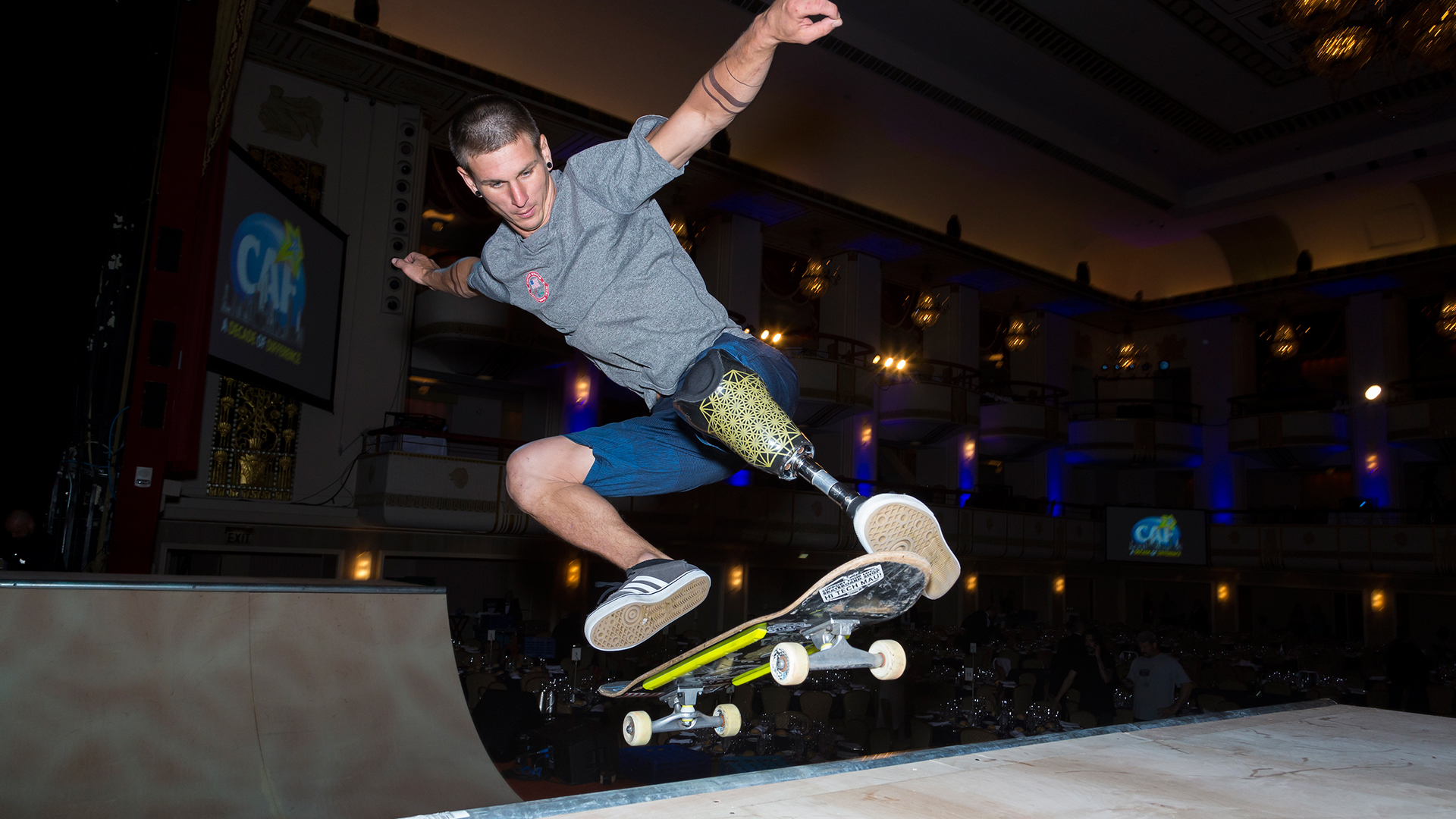 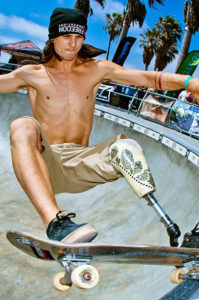 Born and raised in Maui, Hawaii where he surfed and wanted to become a professional skateboarder. At the age of 17, on the way to work on his motorcycle, Evan was struck by a drunk driver speeding at 65 miles an hour. Evan lied on the ground staring at the sky and one of his first thoughts was “Am I going to be able to skate again?”

Clearly focused on a steady recovery Evan attended his first ever challenge athletes event held by the Challenged Athletes Foundation (CAF) in La Jolla, California. The event introduced Evan to nearly 200 challenged athletes such as himself, inspiring, and strengthening his hope for a fully adaptive recovery.