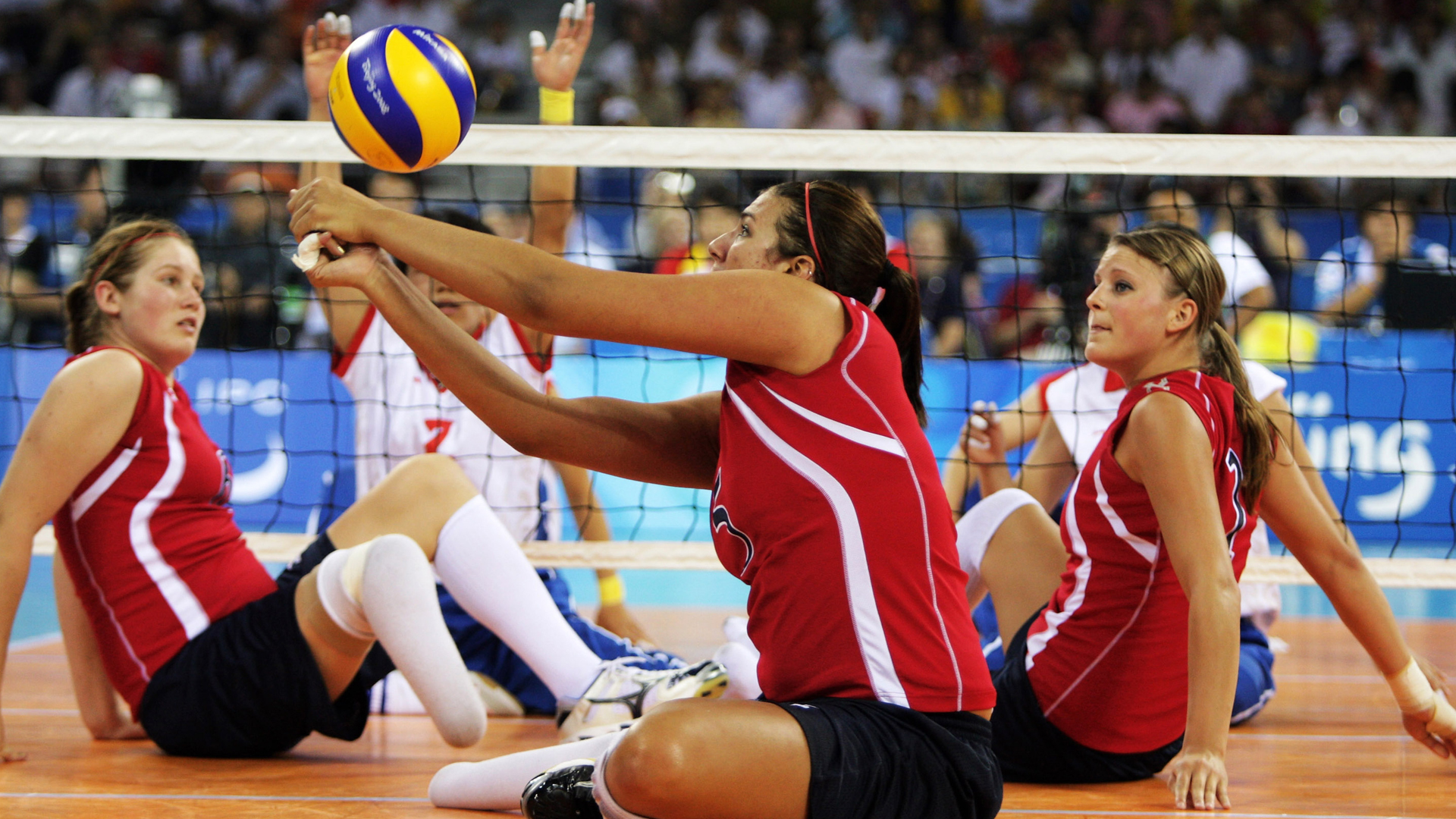 My name is Katie Holloway and I am a current member of the USA Women’s Sitting Volleyball team. I have been on the team since 2006 and am a two-time Silver Medalist (Beijing 2008, London 2012). During my time on the team I have been voted as USA Volleyball’s Best Female Player of the Year in Sitting Discipline twice and most recently helped the team to another Silver Medal win in Elblag, Poland at the World Championships in June of 2014. This 2nd place finish also qualified our team for the Rio Paralympic Games.

As an amputee from birth due to a congenital birth defect called Fibular Hemimelia, I have seen significant change in opportunities provided to amputees. When I was growing up I was fortunate to be able to play able-bodied sports and eventually get a scholarship to play Division I basketball at Cal State Northridge. I believe I am the first female amputee to play Division I basketball on a scholarship. But it wasn’t until I turned 20 years old that I was approached to play Paralympic Volleyball. This opportunity changed my life. Before playing adaptive sports, I had a negative outlook because of my disability. But meeting girls and women like myself made it possible for me to become a more positive person and eventually a role model. I have seen a significant change for amputees around our country because of the opportunities provided by the Challenged Athletes Foundation (CAF). Kids are now given the chance to be around other amputees and a chance to be themselves.