Joe’s godfather and childhood pitching coach, Dom Johnson, invited them both to his home to work with Landis on both throwing mechanics as well as the mental approach to the game. Having known Joe for a long time, Eric thought Joe would make an amazing mentor for Landis based on Joe’s focused approach to baseball (and life), strong mental attitude, positivity and incredible work ethic. They hit it off immediately and Joe has been there for Landis ever since they met.

Landis faced huge challenges in his first season of high school baseball and Joe and Landis have communicated via text and phone continuously. While Joe has been there for Landis to support his journey, Landis has also been supporting Joe’s amazing journey this season with the Padres.

This past weekend, Landis came out to Petco Park to surprise Joe with some great news. But first the Padres had a surprise for him. 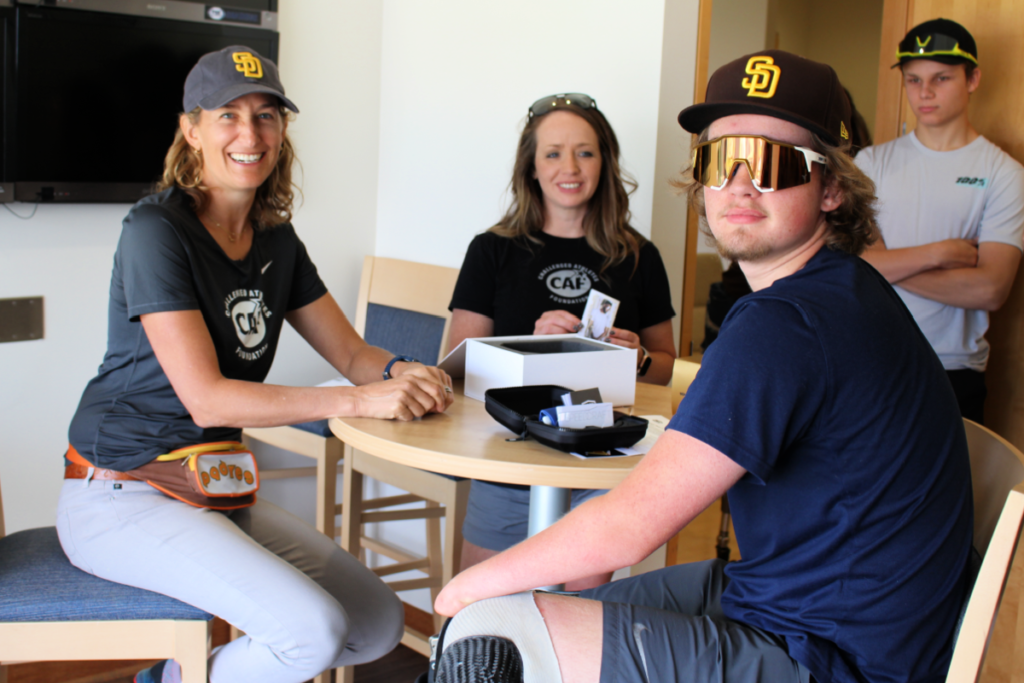 After arriving at the park in the morning, Landis was gifted a Padres hat and taken upstairs to a press suite inside Petco Park where he received his very own limited edition pair of the now sold out 100% x Fernando Tatis Jr sunglasses from CAF partner, 100%. 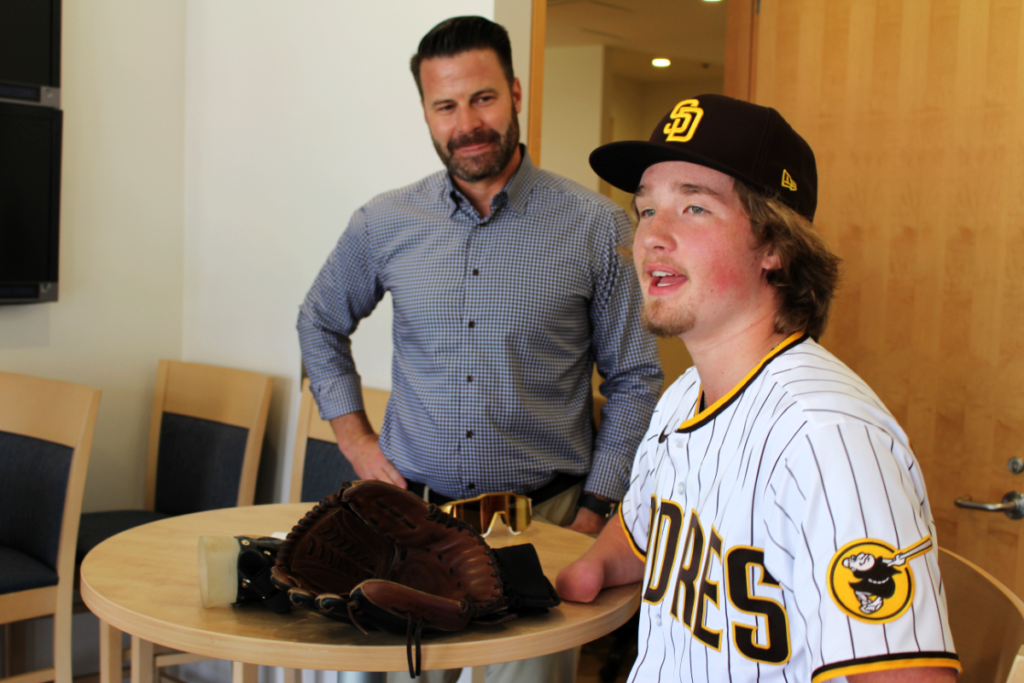 As Landis was taking off his shades, Padres Chief Executive Officer Erik Greupner walked in with a document and pen in hand. The document? An honorary contract for Landis to sign making him a Padre for the day. What a moment!

Now that he was a Padre, it was time to hit the field and find teammate, Joe Musgrove.

As they stepped onto the field, Landis and his friend Ethan took a moment to look around and take everything in. Of course the first thing they were greeted by were cameras and reporters from the San Diego Union Tribune, the San Diego Padres, and NBC7. 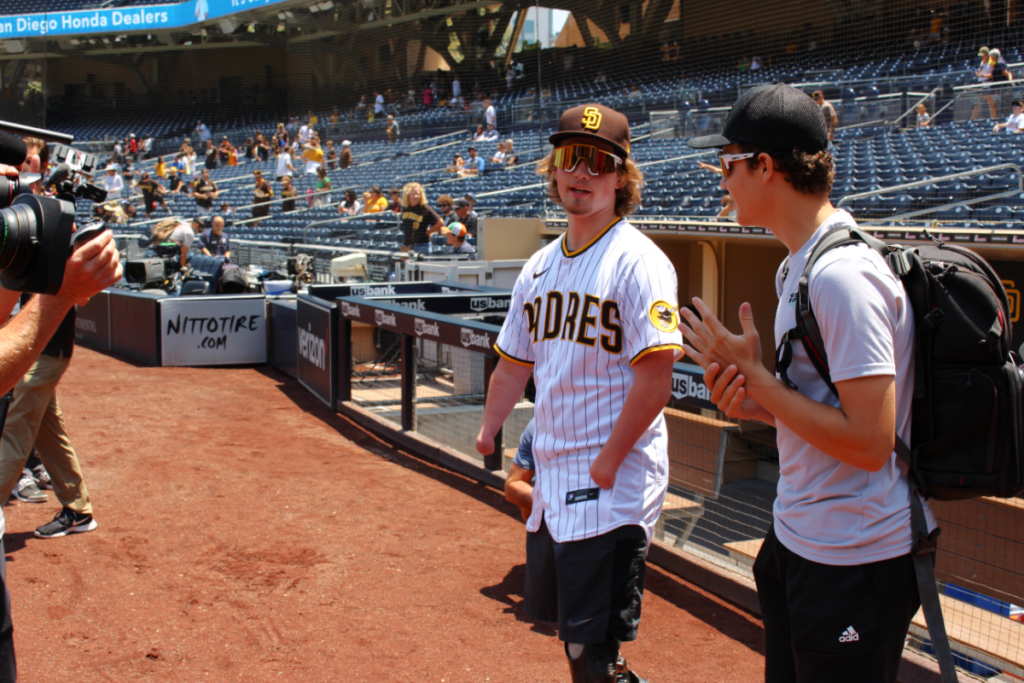 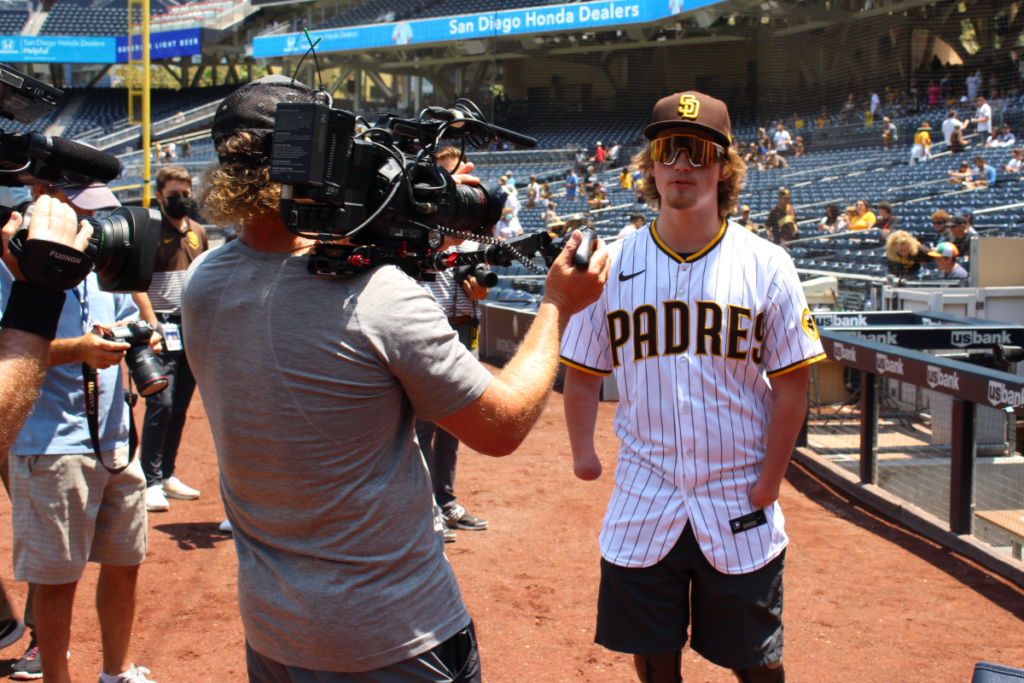 But that didn’t seem to phase Landis. he just had one thing on his mind – catching up with his friend Joe. When Joe finally got to the field, Landis was able to chat, throw around the ball, get pointers on throwing, and give him the great news that he made his high school baseball team. 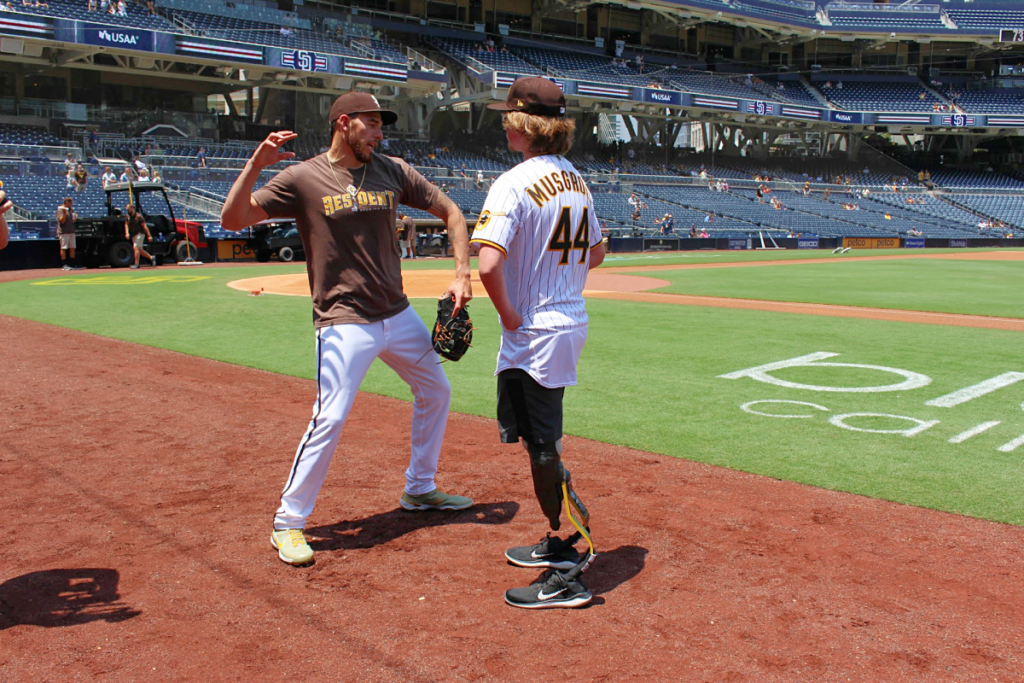 Landis and Joe have plans for later this week to catch up and get some training in together.

“The guy’s mindset is stronger than anybody I’ve ever met. He’s a smart kid, very coachable,” Joe Musgrove, San Diego Padres Pitcher, said of Landis. “I’ve worked with him a handful of times. The adjustments he has made is impressive.”

Watch Landis and Joe on KUSI

The film, Landis, Just Watch Me, follows Landis Sims in his quest to beat the odds and make his high school baseball team and along the way, inspire other other challenged athletes to not be afraid to pursue their dreams. It has bee in production for over seven years and is due out in 2022.