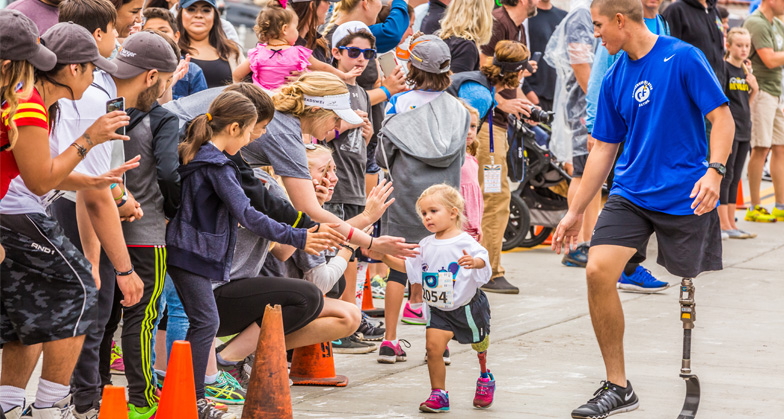 When Robert was in the hospital during his fight with Ewings Sarcoma, amputation was not something that ever crossed my family’s mind. He would get a bone replacement, he would be back on his two feet, and we’d be done with it. But life had other plans. Life sent in an Orange County Firefighter, a below knee amputee, to talk with Robert while he was in the hospital about the freedoms of amputation. Freedoms of amputation? That sounded like an oxymoron to me. Robert would be losing his left leg above the knee, how could that ever allow him the same freedom he had before? We don’t even know anyone who has a prosthetic leg, how would that work? Could he run? Could he play baseball again? Could he ride his bike or skateboard? What does a prosthetic leg even look like? So many questions that we never even thought to ask, and yet, Robert already had his answer. As that firefighter spoke to him about being able to live his life exactly the way he wanted to, even without his right leg below the knee, Robert was ready. Since he was a little kid, Robert had wanted to follow in the footsteps of our dad, who was an LA County Sheriff’s Deputy for 20 years. Robert wanted to be a deputy sheriff, he wanted to wear the badge and uniform just like his dad, just like a few of our uncles, and serve his community. With a bone replacement, and the subsequent pain it was already causing Robert, that was still a blurred reality. But with this firefighter sitting in from of him, amputation made that more clear. So Robert made his decision, he had his left leg amputated above the knee at age 12, hoping to lessen the chances of his cancer remission, and with the goal to live his life without any hesitation.

That was 2008. Flash forward to today, November 16, 2016, and Robert is graduating the Orange County Sheriff’s Department as a Deputy Sheriff. He did it. 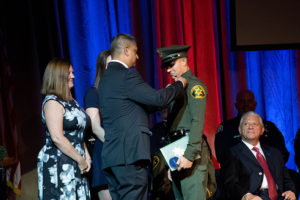 It wasn’t easy, but he did it. And he endured everything in between to get here. He first learned to “run” at the 2008 San Diego Triathlon Challenge that him and I attended with his prosthetist. His hair still fuzzy from chemo and his stump still not fully healed, Robert’s walking leg allowed him to run. And a few months after that, we traveled to San Francisco, where CAF granted him his first running leg. And he was off. He was Travis’ mentee, and soon became a mentor. He attended Ossur Mobility Clinics and Swim Clinics, he played water polo and swam all four years of high school, he did the swim portion of SDTC six years in a row. He spoke to kids in the hospital who were facing the same challenges and questions he once did. Everything that CAF gave him, everything that this community provided him and my family, will allow him to walk across that stage tonight and be pinned by our dad as a Deputy Sheriff. 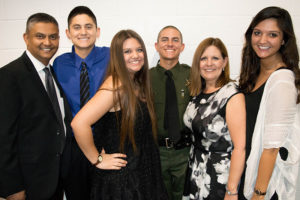