Support Our Next Generation Of Athletes

Support CAF as we empower athletes of all abilities to reach their goals in sport and in life. This summer as part of our summer campaign, we’re telling stories about the athletes we’ve supported. Check out this powerful story narrated by broadcaster Robin Roberts. Your donation helps youth athletes like Kenasyn run, roll, bike, swim, play, and MOVE! 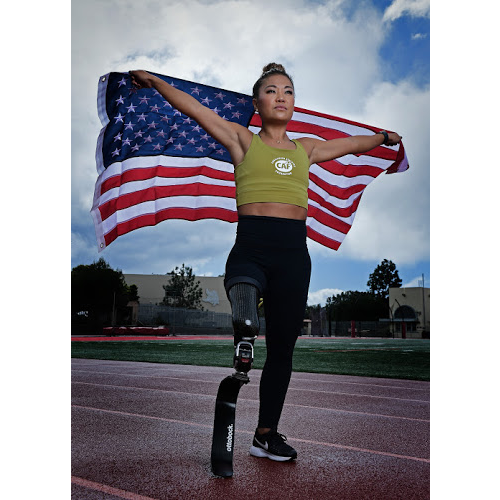 Scout Bassett is an American Paralympic Track & Field Athlete, 2-time World Championship bronze medalist in the 100 meters and long jump, 2016 Paralympian, and a CAF ambassador. Bassett spent her first seven years of life in a government-run orphanage in Nanjing, China after she was found abandoned on the side of a street following the tragic loss of her right leg in a chemical fire as a newborn baby. She was adopted at the age of 7 by an American family and brought to the United States.

Being assimilated to American culture, she participated in all types of sports including basketball, tennis, softball, and golf before exploring her potential in track and field. She was introduced to CAF when she was 13 years old and received a grant for a running prosthetic. This would start her career as an elite sprinter, triathlete, Paralympian, and a UCLA graduate. 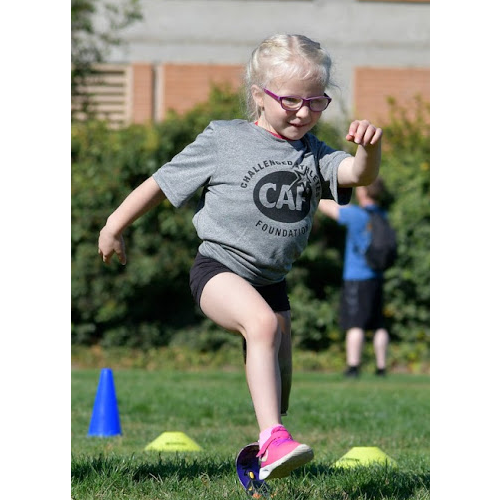 Kenasyn Bird was born with 11 different birth defects. Before her first birthday, she had undergone 10 surgeries including a partial amputation of her left leg due to tibial hemimelia, an extremely rare condition occurring in roughly one out of every one million births.

Tiny but mighty, Kenasyn refused to let her amputation hold her back. When she began walking at age two, she took off, giving her four older siblings a run for their money. As part of an active family, Kenasyn consistently searched for a sport to call her own. For her fifth birthday, she was gifted a running blade from the Never Say Never Foundation. A few short months later, Kenasyn completed her first track meet at the Endeavor Games.

Her success at the Endeavor Games was a catalyst for Kenasyn who then began playing soccer and participating in track and field. With an unquenchable thirst to try new things, Kenasyn has taken on swimming, sit skiing, volleyball, surfing and many more sports. Although her athletic portfolio is broad, sprinting on the track remains her favorite pastime, especially if it’s alongside her hero, Paralympic track and field athlete Scout Bassett.

Kenasyn has faced a myriad of trials, but the bubbly, inclusive spirit that radiates from her smile goes to show that nothing will stand in her way. If you think you can outrun her contagious attitude, you better think again.

Support Our Next Generation Of Athletes