Team USA’s Paralympic power couple Erik Hightower and Kym Crosby-Hightower are heading back to the Paralympic Games in 2021 with their sights set on the podium. Both are professional track and field athletes for the USA Paralympic team, both are coaches for the CAF High School Adaptive Sports Program and both are training together for the Tokyo Games. 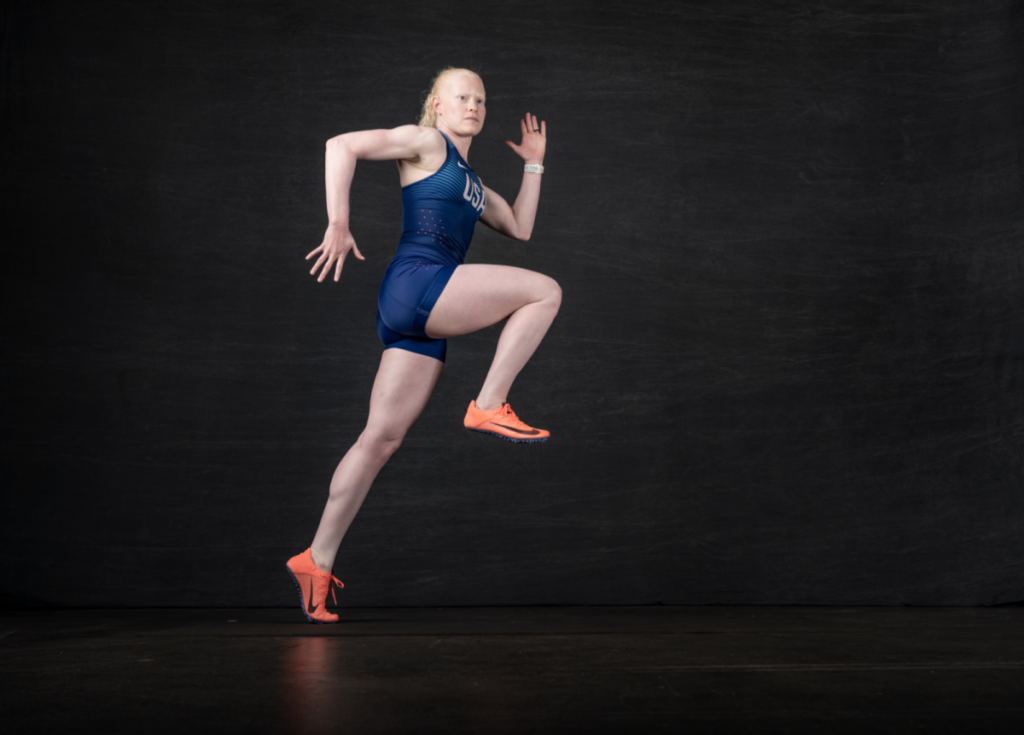 A Paralympic sprinter, Kym took home bronze in the 2016 Rio Games for the 100m and 4th in the 400m. In 2019 she won a gold medal in the 2019 Parapan Games. Earning that bronze medal was the hook she needed to set her goals of reaching the Paralympic podium again for both events.

Born with Albinism, Kym has no pigment in her hair, skin, or eyes and is legally blind with 20/400 vision. She competes in the T13 classification and can make out the white lines contrasted against dark-colored tracks, allowing her to run within them. With ‘limited sight and limitless dreams’ she’s proving to be one of the fastest women in the world.

“The thing I love about track is that it allows me to be me. And I don’t need help from anyone else and I forget that I am even visually impaired when I’m on the track. I am able to fly.” — Kym Crosby-Hightower on finding the sport of track.

Her husband, Erik, has had a talent for wheelchair racing since the age of 10. His parents first heard about wheelchair sports through the Spina Bifida Association. They took him out one day to try wheelchair racing and initially, he absolutely hated it. After bribing him with money and even a few pets, they got him to a few start (and finish) lines and his new career was underway. 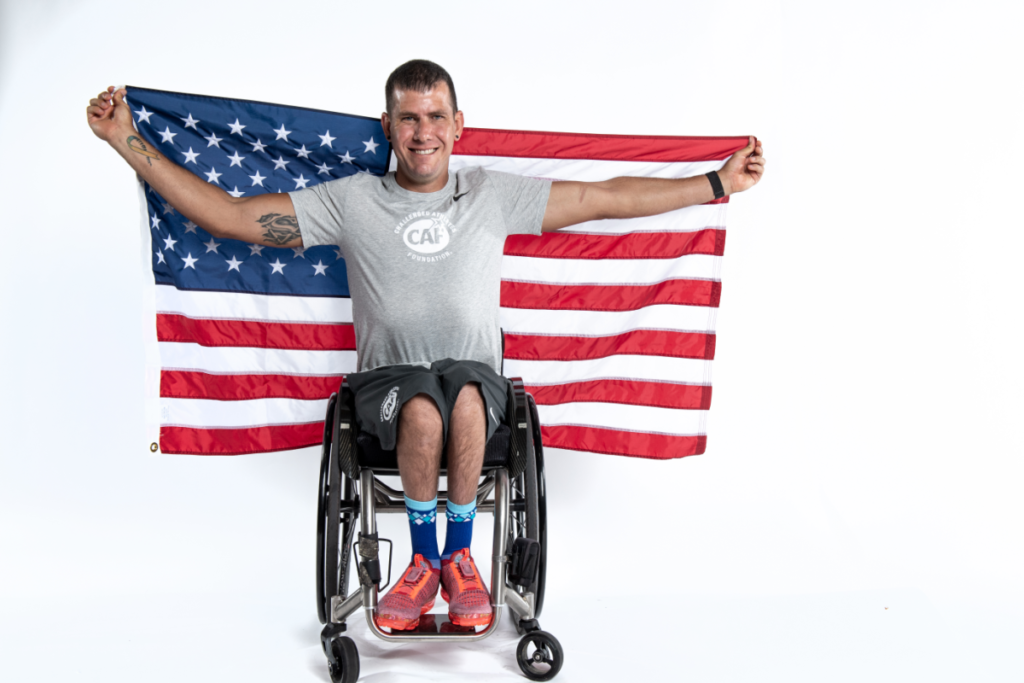 The couple first met while they were both living at Olympic Training Center in Chula Vista, CA. Prior to a competition in Canada, Kym was heading to the beach to relax with some friends. After Erik gave her a compliment Kym brushed him off, but they eventually met up in Canada for the competition. Erik began mentoring Kym and shortly after they became best friends. The rest, they say, is history!

While Kym and Erik have been assisted by CAF through our grant program, they’ve also given back to CAF immensely. This power couple has been a huge support to the CAF High School Adaptive Sports Program. Both are coaches for the program and have dedicated their time and knowledge of their sport to pave the way for the next generation of athletes. Their main goal in coaching is to get kids active and show them what’s possible.

We look forward to cheering both Kym and Erik on at the Paralympic games in their events this August! 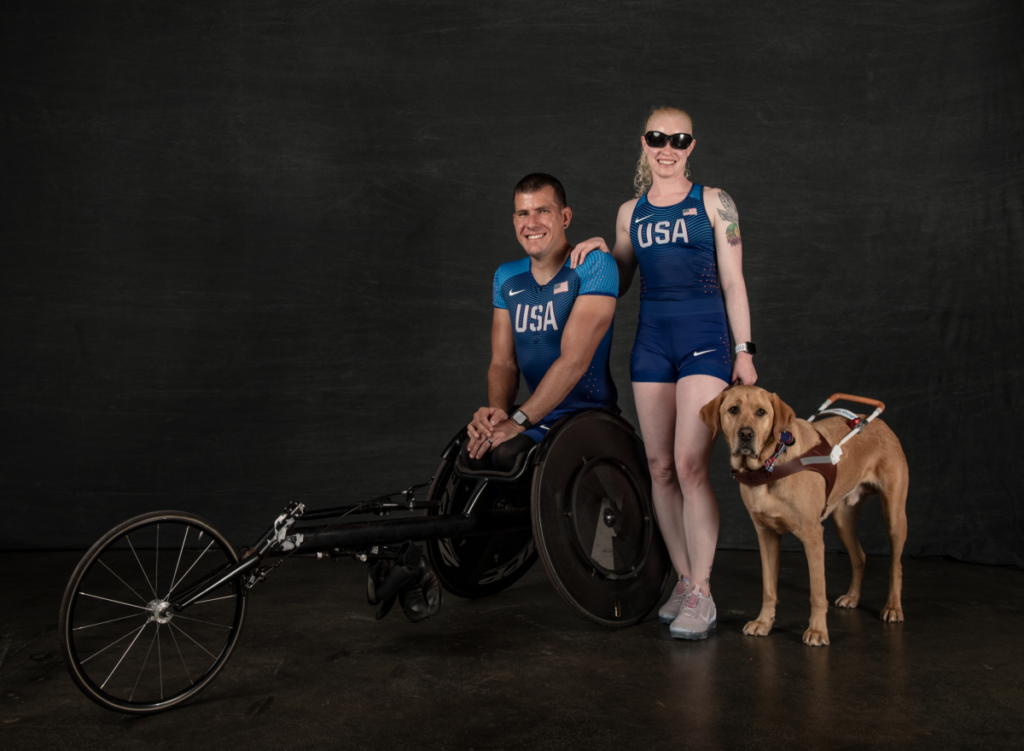 Watch Kym at the Paralympic Games

Watch Erik at the Paralympic Games