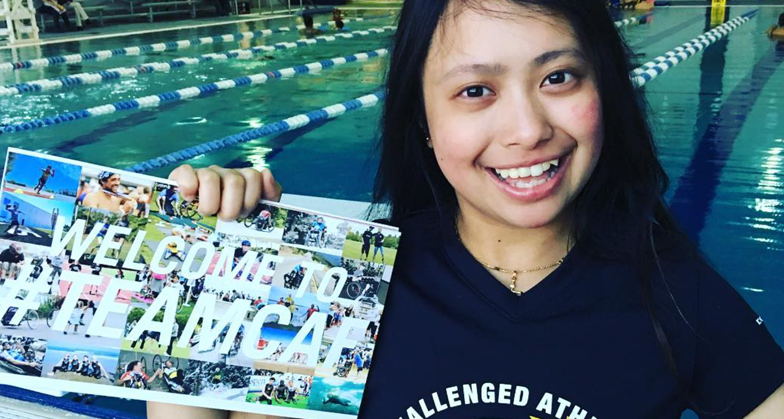 Individuals in 32 Countries Across Five Continents Receive the Opportunity to Pursue Active Lifestyles through Physical Fitness and Sport
San Diego, California — May 19, 2016

As individuals with physical challenges continue to break down stereotypes about ability, the Challenged Athletes Foundation® (CAF) is proud to announce unprecedented financial support through its annual Access for Athletes grant program, which provides financial assistance for adaptive sports equipment, training and competition expenses for athletes of all ages and abilities who wish to live active lifestyles.

Through the 2016 distribution – the largest grant distribution to date in the organization’s 23-year history – 2,098 challenged athletes in 32 countries are receiving a variety of grants representing more than $3.7 million in support. This represents an increase from 1,709 grants awarded and $3.5 million in 2015. The grants, which are one of the many ways CAF supports athletes with physical challenges, empower individuals to take part in life-affirming sports and fill an important void that otherwise can leave challenged athletes on the sidelines.

 CAF will host a Grant Night Celebration reception at the Deni + Jeff Jacobs Challenged Athletes Center Wednesday, May 25 at 6pm, where top San Diego business influencers and CAF advocates will help the non-profit organization present grants to local athletes with physical challenges. This is a special time of year when all grant applicants are notified of grant approval. This night celebrates the unbreakable spirit of San Diego Access for Athletes grant recipients and the supporters who have helped raise funds.

2,098 individuals received a grant, each with a unique story. Here’s the journey of one of them. In 2005 at the age of 16, Richard Sarinana was a thriving baseball and basketball athlete who enjoyed being active in his daily life. On a casual walk home, just a block away from his house, he heard tires skidding behind him, and before he could react, he was pinned between a car and a brick wall. After numerous surgeries, amputation was the only solution and Richard’s new life as a below-knee amputee commenced. Fast forward a few years, he has a son who at eight-months-old started walking and shortly after, began running. Richard quickly realized it wasn’t easy to run as an amputee without the right equipment to keep up with his son. He wanted his son to have a life centered around sports like he had grown up with. After being introduced to CAF and participating at an Össur Running and Mobility Clinic presented by CAF, Richard was provided the information and skills to make that goal a reality. With his CAF Grant, Richard will be able to keep up with his now three-year-old son and one-year-old daughter.

In reaction to being awarded the CAF Grant, Richard said, “I’ve been waiting for this opportunity to come, and now that it has, I can take my life into a new direction. No excuses for not being able to run comfortably now that I’ll be receiving my Össur Flex Run prosthetic. Thank you very much CAF for this great blessing.”

Highlights of the 2016 grant distribution include:
• 50% of those approved are first-time CAF grant recipients
• 12% are wounded military personnel and first responders (supported by CAF’s
Operation Rebound® program)
• All ages are represented (the youngest grantee is 3-years-old, the oldest is 72)
• 98 Paralympian and Paralympic hopefuls were awarded grants to support their
journey on the Road to Rio for the 2016 Paralympic Games in Rio de Janeiro

Highly technical, and in many cases customized, adaptive sports equipment is expensive and not typically covered by medical insurance, which means many athletes with desire to be active are not able to function at their highest ability.

“Any individual who has a physical challenge should never feel like they don’t have the proper support or opportunities to succeed in life,” said CAF CEO Bill Geppert. “At CAF, we are proud to be able to provide those life-changing opportunities to thousands of challenged athletes around the world, so they can pursue an active lifestyle through sports resulting in a greater sense of independence, self-esteem and overall quality of life.”

Geppert continued, “The determination and commitment of CAF’s donors, sponsors and fundraisers have enabled us to fund this historic number of grants, and together we form Team CAF.”

Get all the details and statistics on the 2016 CAF Grant Distribution sheet here.

The Challenged Athletes Foundation® (CAF) is a world leader in helping people with physical challenges lead active, healthy lifestyles. CAF believes that participation in physical activity at any level increases self-esteem, encourages independence and enhances quality of life. Since 1994, more than $73 million has been raised and over 13,000 funding requests from people with physical challenges in all 50 states and dozens of countries have been satisfied. Additionally, CAF’s outreach efforts reach another 60,000 individuals each year. Whether it’s a $2,500 grant for a handcycle, helping underwrite a carbon fiber running foot not covered by insurance, or arranging enthusiastic encouragement from a mentor who has triumphed over a similar challenge, CAF’s mission is clear: give opportunities and support to those with the desire to live active, athletic lifestyles To learn more, visit challengedathletes.org or call 858-866-0959.
###