The CAF Women’s Paracycling Team just wrapped up an intense and exciting weekend of racing at the US Paralympics Cycling Open, in Huntsville, Alabama. The first race we’ve traveled to as a team in over a year, it was exciting to all be together again, doing what we love to do – bike racing!

The Open was an important race to kick off the season – at stake were selections for the upcoming World Cup in Ostend, Belgium. We arrived early, as prescribed by the race organizers, for Covid-testing. This gave us a little extra time to assemble our handcycles, preview the Time Trial course, and catch up with each other. Some last minute adjustments and modifications on our equipment kept us busy with foam padding, wrenches, hardware store runs, etc. Pretty normal in this sport! 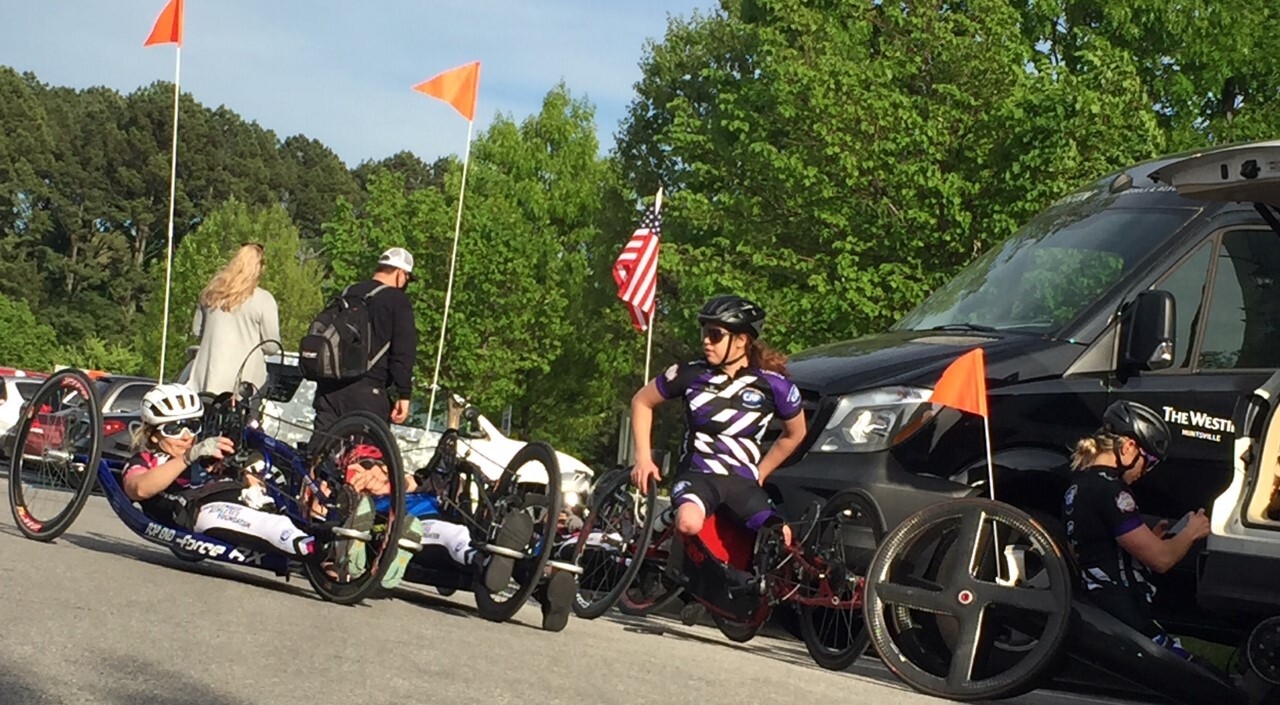 Saturday was Time Trial day. 1 lap of a mostly flat, fast and technical 9.3 mile course at the Cummings Research Park. Everyone did an awesome job: Oksana and Lera were 1 and 2 for the WH5’s; Ryen won the WH4; and Alicia and Gabby were 1 and 3 for the WH3’s. Oksana and Alicia’s times were fast enough to qualify for the World Cup roster – they leave in 2 weeks!

Alicia hung on Oksana’s wheel for the rest of the race, then tried to sprint past her near the finish – she managed to open up a bit of a gap on the descent, but a rise before the finish favored Oksana’s superior trunk strength, and she crossed the line first. Ryen fell off Jenna’s wheel on the descents (Jenna is known for her fast descending) but soldiered through to fourth place overall, and first for WH4. The big surprise of the day was Danielle, who broke away from Lera and Gabby, to find herself in podium position for the WH3’s (bronze!) A first for Danielle!

All in all, it was a weekend of incredibly hard work by all of us, and we couldn’t have done it without the amazing support of our fearless leader Carlos Moleda, as well as the excellent volunteer help of Joaninha, Kathy, Gay, and Ryann Kress. THANK YOU, one and all! 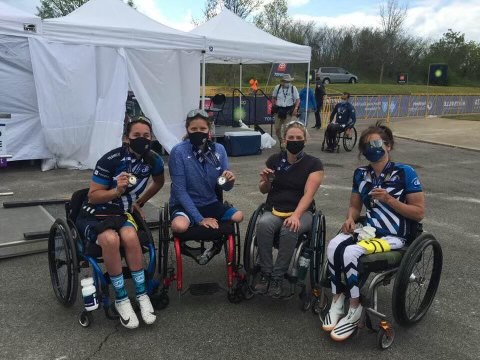