Tara and Brandon Butcher grew up in Utah, supporting and playing alongside each other throughout their entire childhood, as brother and sister in a close family of four siblings.

Brandon was the oldest brother and a multi-sport athlete. Tara was the dancer and singer of the family.

Now into adulthood, they never could have anticipated training to run up 1,576 stairs, side by side, on February 7th at the Empire State Building-Run Up Presented by Turkish Airlines and Powered by CAF. Both in their new lives as amputees. 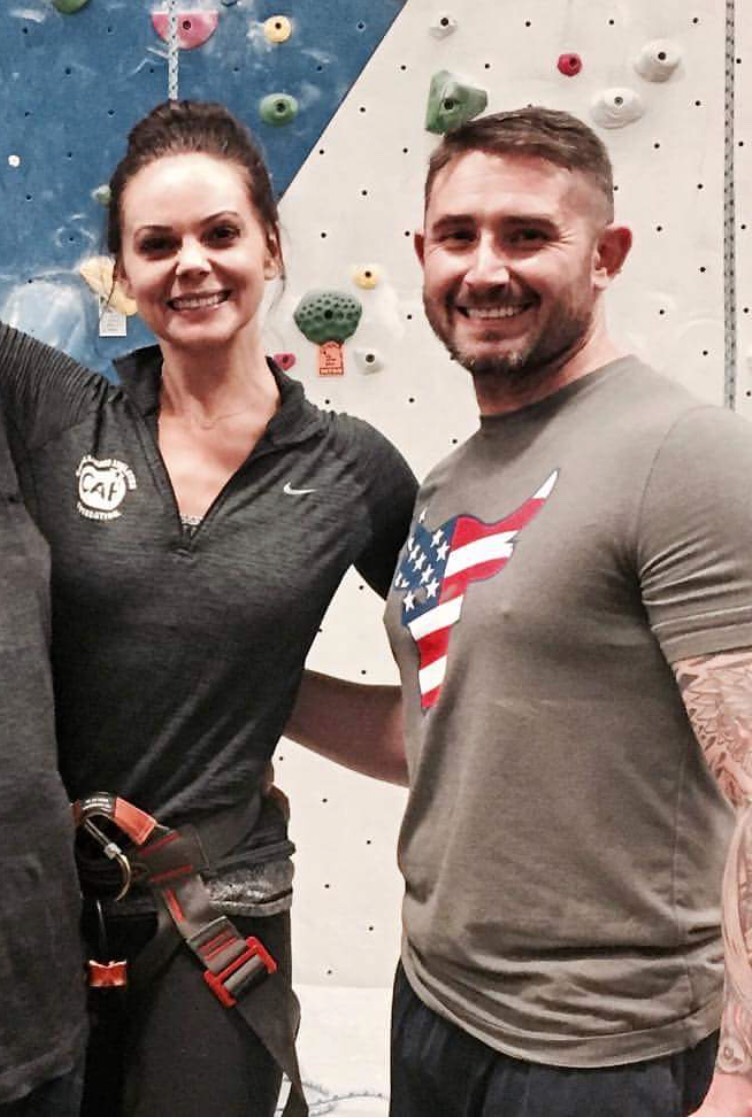 Tara was driving on the freeway to her San Diego home in 2005 when she was involved in a minor car accident. As Tara pulled over and got out of the car to assess damages, she was struck by another vehicle going 72mph. She was catapulted across two lanes. How she survived is a mystery to many, including Tara.

Tara was in a coma for 10 days. A metal rod was inserted into her right leg and her left leg was amputated below the knee. More seriously, Tara’s neck was nearly severed from the spine.

“My brother, Brandon, received the first call from the hospital after my accident, as he was my only family living in San Diego at the time. Ironically, he was the person who had to sign the paperwork to approve my amputation,” shared Tara.

Brandon’s wife, at the time, was pregnant with their first son when Tara’s accident took place, and ended up delivering the baby four days later. The whole family was in town, alternating between hospitals, between the joy and sadness of two major life events. 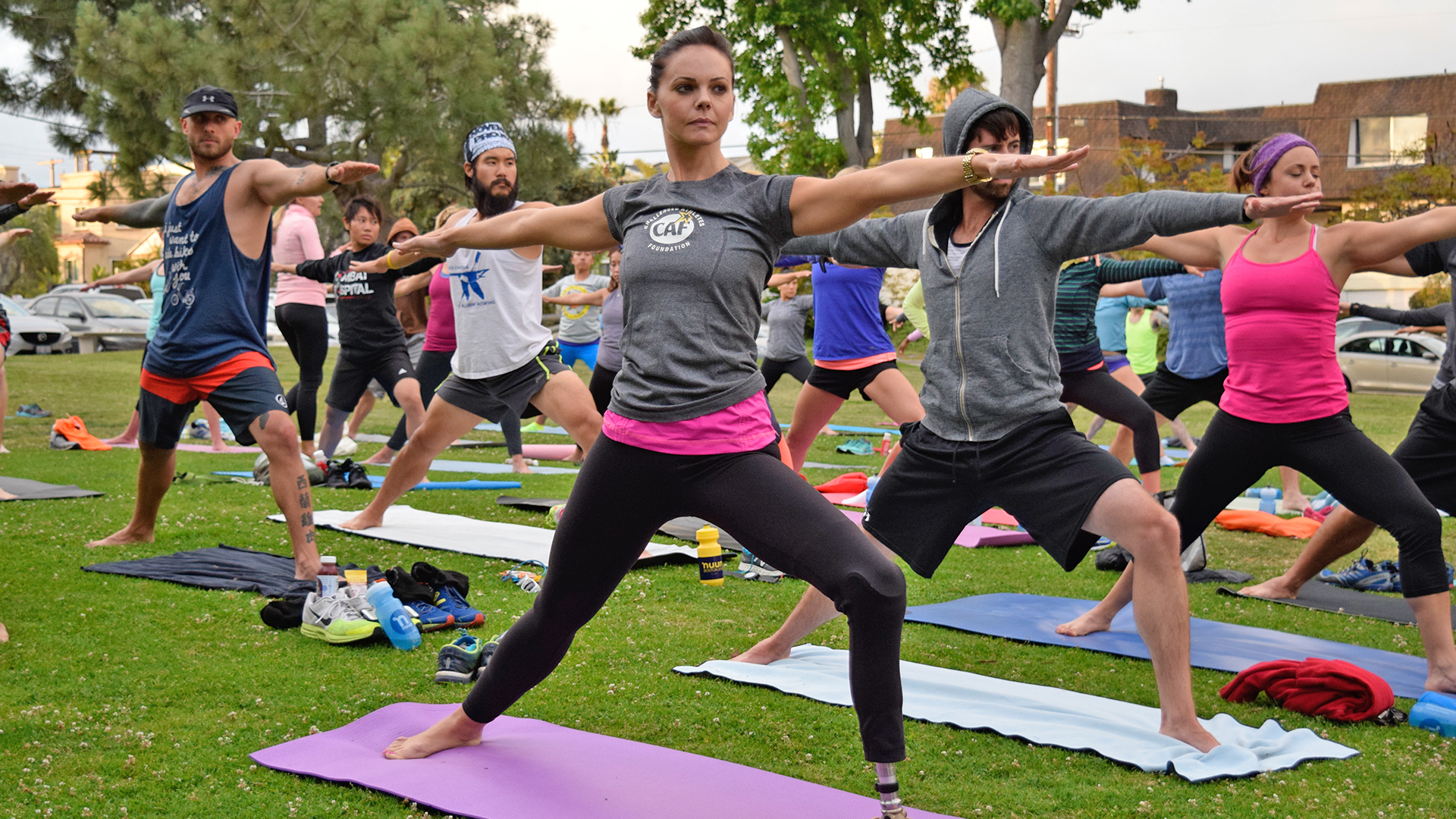 Tara has made an incredible recovery since her accident, thanks in large part to her network of support. The Challenged Athletes Foundation (CAF) helped Tara discover her inner athlete; running marathons, competing in triathlons, climbing Mt. Kilimanjaro and becoming a dedicated yogi. This past year, she summited the highest peak in the U.S.; Mt. Whitney. This will be her first time running up the Empire State Building and she has been squeezing in as many stair climbs and inclines as possible into her daily workouts.

Brandon was there from day one, into Tara’s recovery and supportive throughout all of her future athletic endeavors. 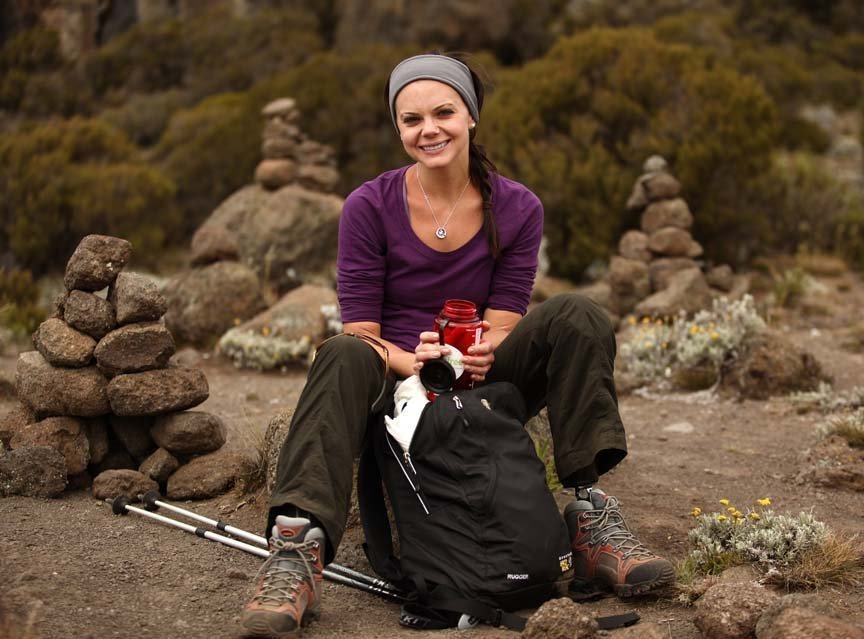 Brandon Butcher is a strong family man, the oldest of four siblings and the father of two young boys (Carson, 12 and Brixton, 10).

In 2012, Brandon was performing a routine solar panel installation job in Utah as a general contractor. He and his crew were preparing to begin an installation, when suddenly, Brandon heard the panicked voice of one of his employees. As he looked up, he saw his employee sliding down towards the edge of the roof. Brandon, without thinking, lunged from his post in an attempt to save his friend from a potentially fatal, head-first fall.

That was the moment Brandon realized he was not invincible. The fall caused multiple broken bones and crushed joints in his lower legs. Many months and several surgeries later (and with an infection in his right leg), the decision was made to amputate his leg in order to stop further spread of infection into the bone. 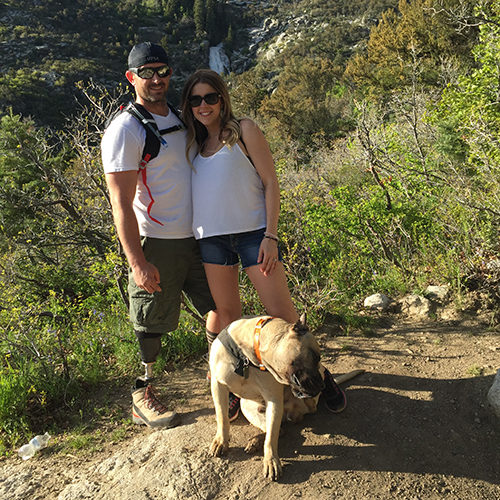 This was a challenging decision, but with Tara as his role model, the decision became easier. “I just wanted to be there for him and comfort him as much as I could. It was hard as a little sister to step up into a mentor role, but I wanted to provide resources and set an example of what was possible,” said Tara.

Prior to his accident, Brandon was in top physical shape. He spent a large portion of his life competing in athletics such as football, MMA fighting, and the occasional triathlon. 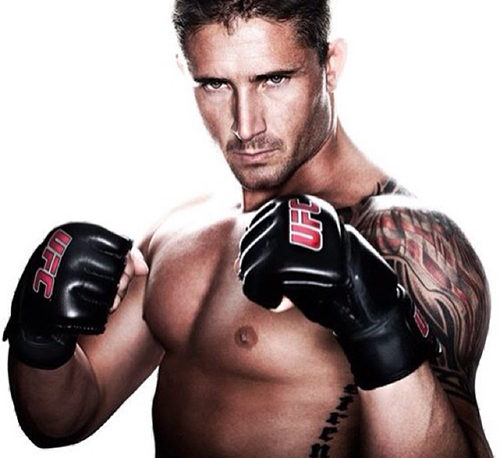 Now six years later, thanks to Tara, his family, and friends, Brandon is comfortably back into a daily routine and getting into the athletic and active lifestyle he led before the accident.

Brandon turns 40 this year and has plans to get married, build a new home and travel outside the U.S. He is excited to get more involved with CAF events as he has watched his sister contribute, compete and inspire so many people.

Brandon’s first event with CAF will be the Empire State Building Run Up.

“I’m so excited to show him this world and how able everyone still is. The photos he has seen on social media have already planted the seed that he can do it too. When you lose a limb, your thoughts are so limited and focused on what you can’t do. CAF events are firsthand examples of what you can do, and it’s even more than you think,” shared Tara. 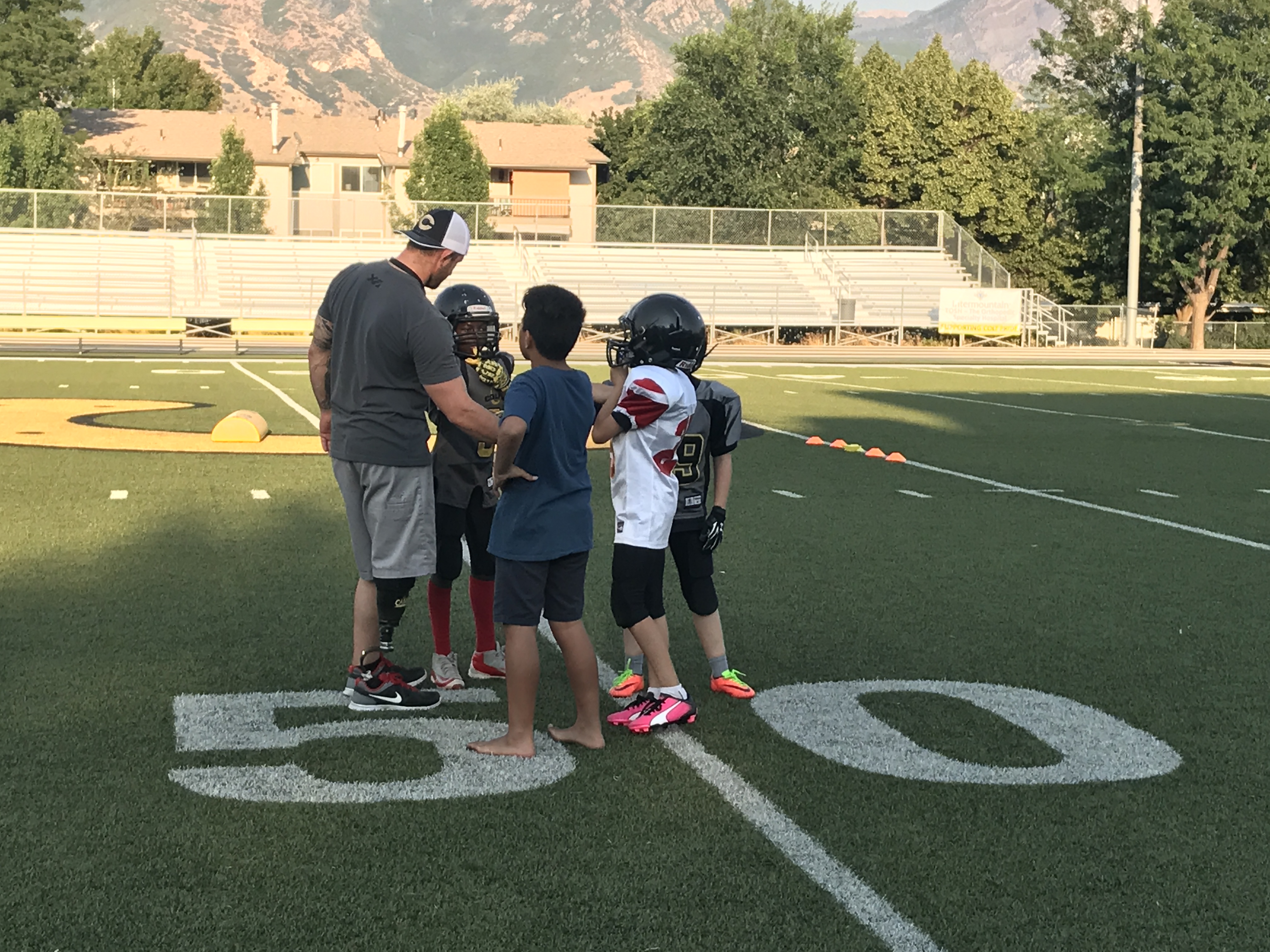 Having the right community of support makes all the difference in recovering from a traumatic event. Having a sibling who has been through it creates a unique sense of belonging and understanding.

“Whatever you’re going through, to be able to relate to other people and have a strong community is such an important part of the healing process,” noted Tara. 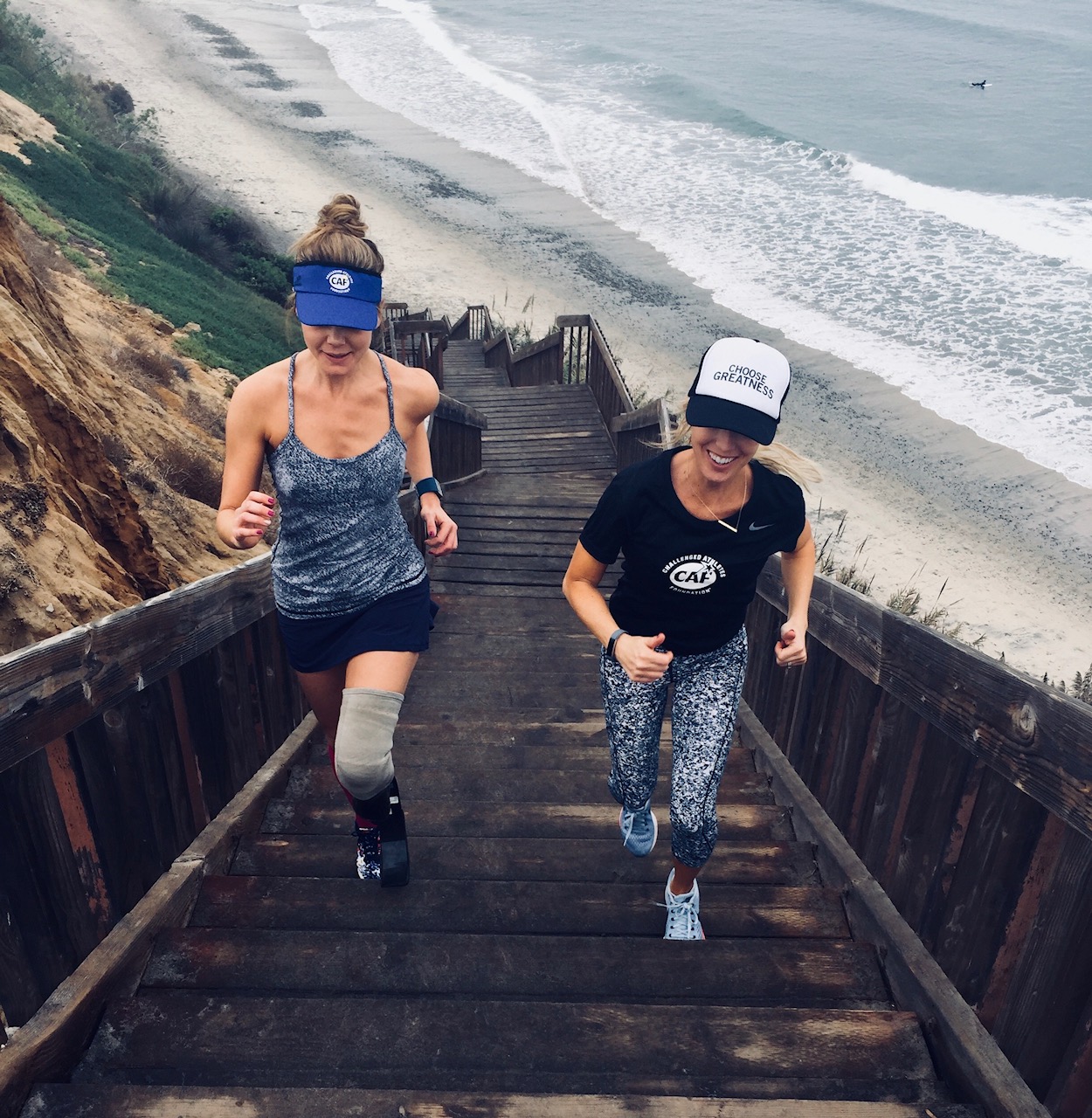 Tara and Brandon are helping each other overcome limitations and push far beyond imagined goals.

When asked how competitive things would get at the run up, Tara said playfully, “Well, my dad is always putting the pressure on us, so there’s that. But I think we will stay together and I will push him. This one will be more supportive than competitive.”