To Sycuan, giving back to the San Diego community is a top priority both as an organization and through its many Team Members. The organization is a dedicated partner to numerous local charities ranging from social and health services to the arts and the environment.

One of the organizations that Sycuan is very proud to have partnered with for over a decade is the Challenged Athletes Foundation (CAF).

CAF provides opportunities and supports people with physical challenges so that they can pursue active lifestyles. The organization has several programs that allow these athletes to participate in physical fitness and competitive athletics to enhance their quality of life. 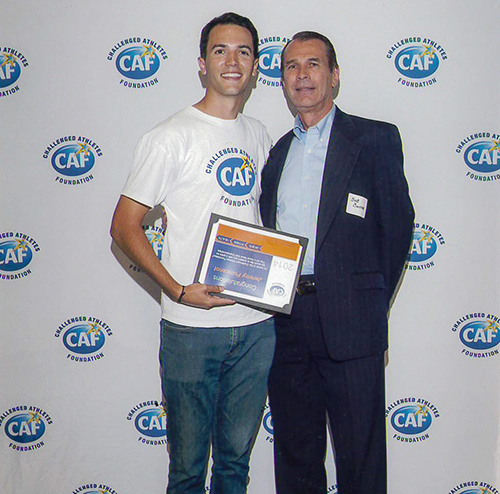 Sycuan’s Vice President of Finance, Robert Bulster was first introduced to CAF while he was participating in a half marathon in Coronado, CA. At the race, there was a national championship course for wheelchair athletes and amputees. He was moved by the participants and wanted to learn more about CAF and how he could get involved.

“Before the race, I saw all of these athletes putting on their prosthetics racing gear and pulling out their racing wheelchairs,” said Bulster. “It was just so awesome to see how excited all of these individuals were to be able to participate. Running on the course side-by-side offering them encouragement and them offering us encouragement was truly inspiring. From that point on, I became very aware of CAF and tried to support them in several ways.”

Over the years, Bulster has supported CAF in a variety of ways. He has participated as a competitor in many fundraising events, a spectator in other events and was even invited by CAF to present an award and grant to a Challenged Athlete.

“I was very honored to present an award to a young golfer who had lost his vision,” Bulster said. “Not only has he become a very competitive championship level blind golfer, but he is now an incredible motivational speaker. He has a wonderful attitude and is able to tell his story to various organizations and social groups and some of that can be attributed to the assistance from CAF.”

Another great way Bulster has been able to help support CAF throughout the years, is through Sycuan’s community programs. He introduced CAF to Sycuan in 2006 during Sycuan’s Annual Gift Giving Ceremony. During the annual ceremony, members of the Sycuan Tribal Council and management and executive teams are given the opportunity to make a donation to a charity of their choice.

“Several years after I first became acquainted with CAF, Sycuan started an annual holiday gift giving program,” Bulster said. “Sycuan has been very generous in allowing its managers, directors and executives to choose organizations to designate a portion of the tribe’s contributions to. It just seemed natural for me to choose CAF as my recipient, because of my association and exposure with the organization.” 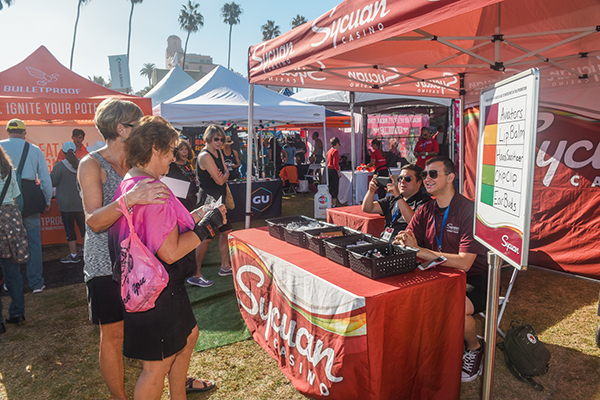 Sycuan’s involvement with CAF has grown substantially throughout the years and the organizations have partnered on a number of local initiatives. For the past several years, Sycuan has been a Platinum Sponsor for CAF’s biggest fundraising event of the year, the San Diego Triathlon Challenge (SDTC).

Additionally, Sycuan has partnered with CAF Ambassador and Basketball Hall-of-Famer, Bill Walton to bring awareness to the organization through events at the casino. Multiple times per year, Sycuan hosts Walton and CAF athletes at Sycuan’s GameDay Sports Bar & Grill for a variety of special events. 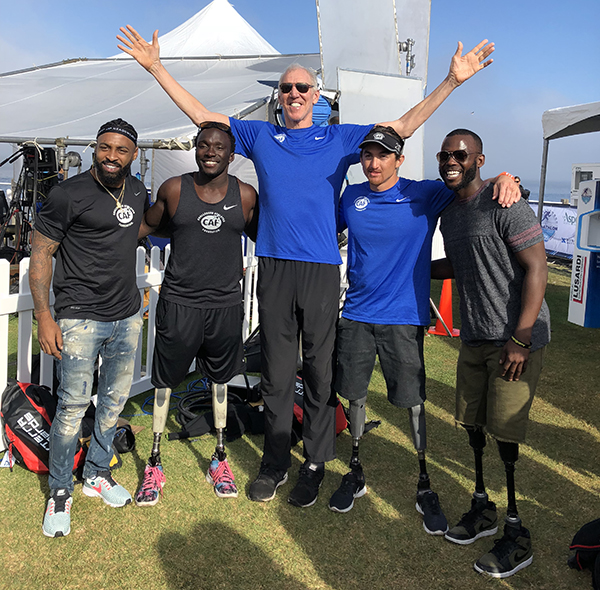 In addition to coming to the casino for several events, Walton is one of CAF’s biggest ambassadors and supporters. He has participated in several beneficiary events and is the largest individual CAF fundraiser as a multi-year million-dollar challenge participant.

“I always look forward to seeing Bill and the CAF representatives each year when they come out to Sycuan,” said Bulster. “I’m really proud of the ongoing relationship between the two organizations. Every time I see a challenged athlete that has been assisted by the foundation, I take a great deal of pride in somehow being associated with that. Over the years, I’ve witnessed some amazing accomplishments by some really amazing people.”