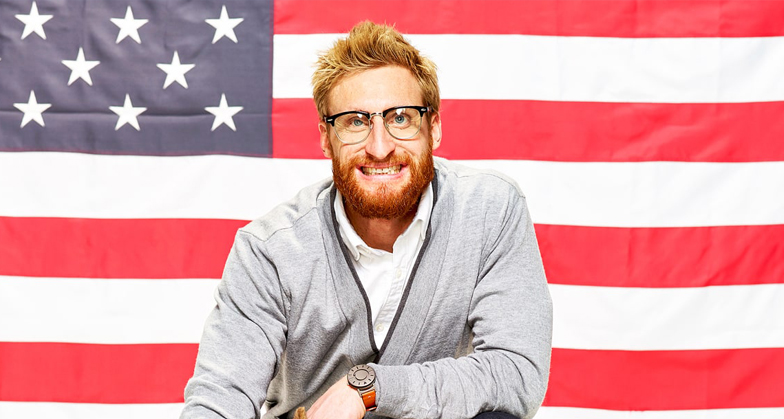 On Veterans Day, our nation rises to salute and honor the service of all American military veterans and first responders. And while we hope you join us in thanking the military veterans in your life, as a supporter of the Challenged Athletes Foundation’s (CAF) Operation Rebound program, you honor and thank our military veterans EVERY DAY.

At CAF’s Operation Rebound program, we work daily to make sure our injured military have the support and equipment necessary for them to return to the warrior they once were, and still are within. Your support helps us get injured military personnel like Brad Snyder from the frontline to the finish line.

Brad Snyder was an accomplished swimmer during his younger years in St. Petersburg, Florida, so much so that he eventually became captain of the swim team at the U.S. Naval Academy. Little did Brad know that swimming would one day be a form of rehabilitation for him.

In September of 2011, Snyder was in Afghanistan when an IED explosion permanently blinded him. Snyder soon realized that his life would forever be changed. But not completely changed. He still had swimming. “The pool wasn’t anything I necessarily had to adapt to,” he said. Snyder chose swimming as not only a form of personal rehabilitation, but as a way of showing his loved ones that he would be able to retain some normalcy in his life—that he would be OK. Snyder quickly exceled in para-swimming. Within one year of his injury, Snyder won two gold medals and a silver at the 2012 London Paralympic Games.

Recently, he was selected to represent the United States at the 2014 Pan Pacific Para-Swimming Championships. He’s not done, though. Snyder would like to go to the 2016 Paralympics as a triathlete, and he also competes in track. “Hopefully,” he says, “my performance will inspire people to adopt a positive outlook and face challenges with a lot of courage and virtue.”

Brad winning the Gold at the 2012 Paralympics

Brad and his swim guide competing at the 2014 San Diego Triathlon Challenge with CAF!