High schoolers from across the country traveled to Sun Valley, Idaho to kick-off the New Year at the Junior Ski Camp hosted by CAF and Higher Ground January 5-9, 2022. The camp began with a welcome dinner on Wednesday that gave both nordic and alpine athletes the chance to mingle and meet one and other for the first time. After being introduced to the star-studded coaching roster and learning more of what the camp would bring, everyone went to their room impatiently waiting for the festivities to begin!

The camp hosted 14 adaptive athletes, 6 Nordic skiers and 8 alpine skiers. Each day Nordic skiers started with a morning training session, took a break for lunch, and then finished the day with a longer ski in the afternoon. Alpine athletes had a similar schedule beginning with a shuttle to the mountain for a one-on-one ski lesson, eating at the lodge, only to ski even more afterwards! 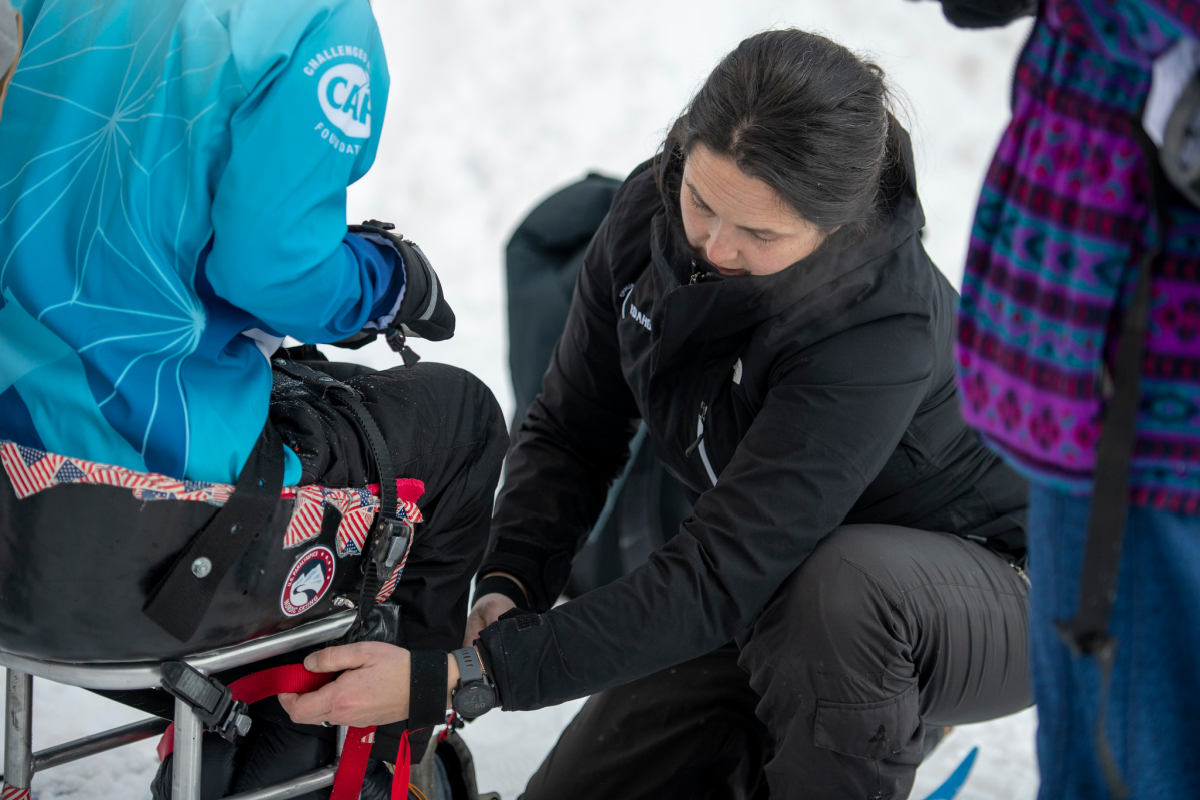 Talia Cassel traveled from her hometown of Chicago to Nordic ski for the very first time. Initially, she wanted to alpine ski but settled for Nordic skiing once she learned that the alpine section of the camp was full. Hesitantly, she spent the first morning session being fitted for her bucket. During the afternoon session, Talia transferred into her bucket expecting to mosey around the Nordic center with ease but quickly found that she needed to learn how to get up after tipping over. She didn’t think she’d have to worry about falling since she was a seated skier but fell often over the next few days.

Tara Dunfee decided to start 2022 traveling across the country from New Jersey to experience the Idaho mountains. She loved alpine skiing for four straight days. One-on-one instruction provided by Higher Ground gave Tara a newfound confidence on the mountain. Tara’s favorite part of each day was “party skiing” down the mountain with her new friends. 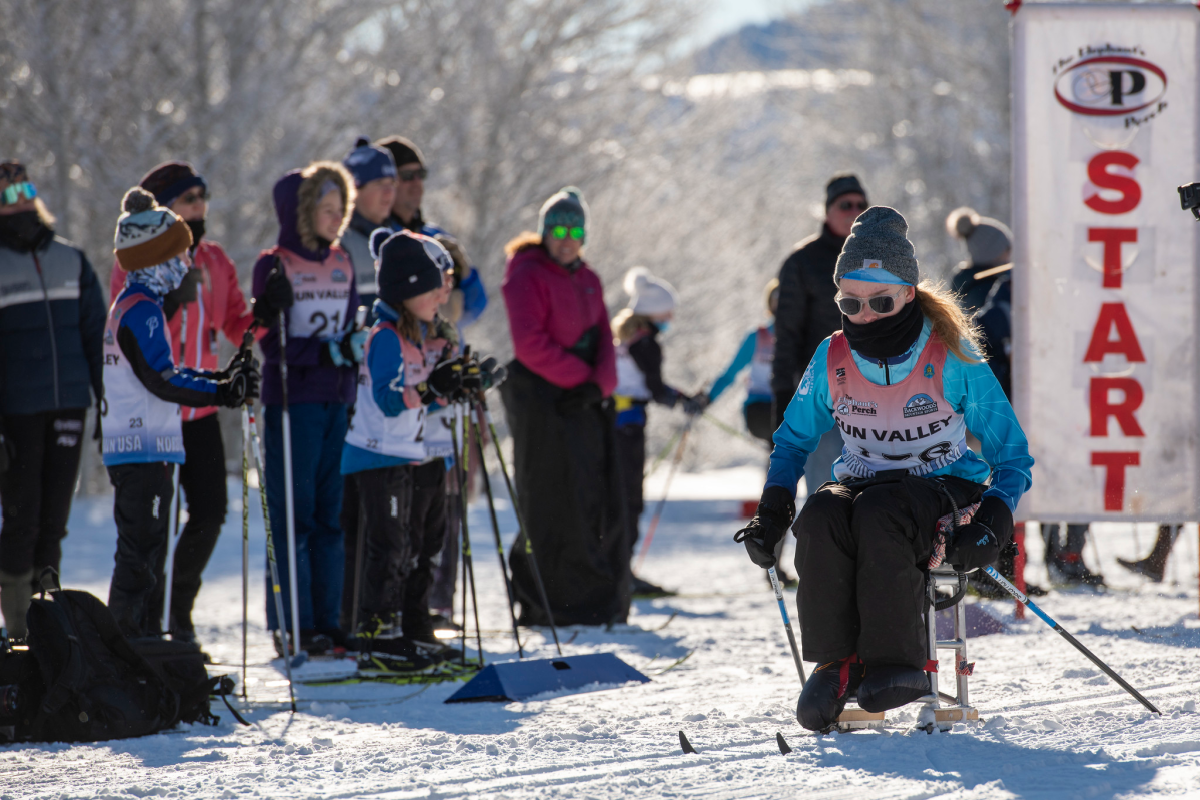 Thursday morning Nordic athletes met at the local Nordic lodge to learn the basics of the sport from elite para Nordic development coaches while alpine participants hit the slopes. Parents took a Nordic ski lesson and were able to join athletes and coaches for an intense game of sharks and minnows!

On Friday, campers woke up to a complete whiteout! Snowflakes coated skiers as they tried to plow the path for others. They preserved without complaint through the storm that lasted the entire morning training session. Once their clothes were dry, they headed back out on the trails for a longer afternoon ski. On all accounts the visibility was low, but the energy was high! 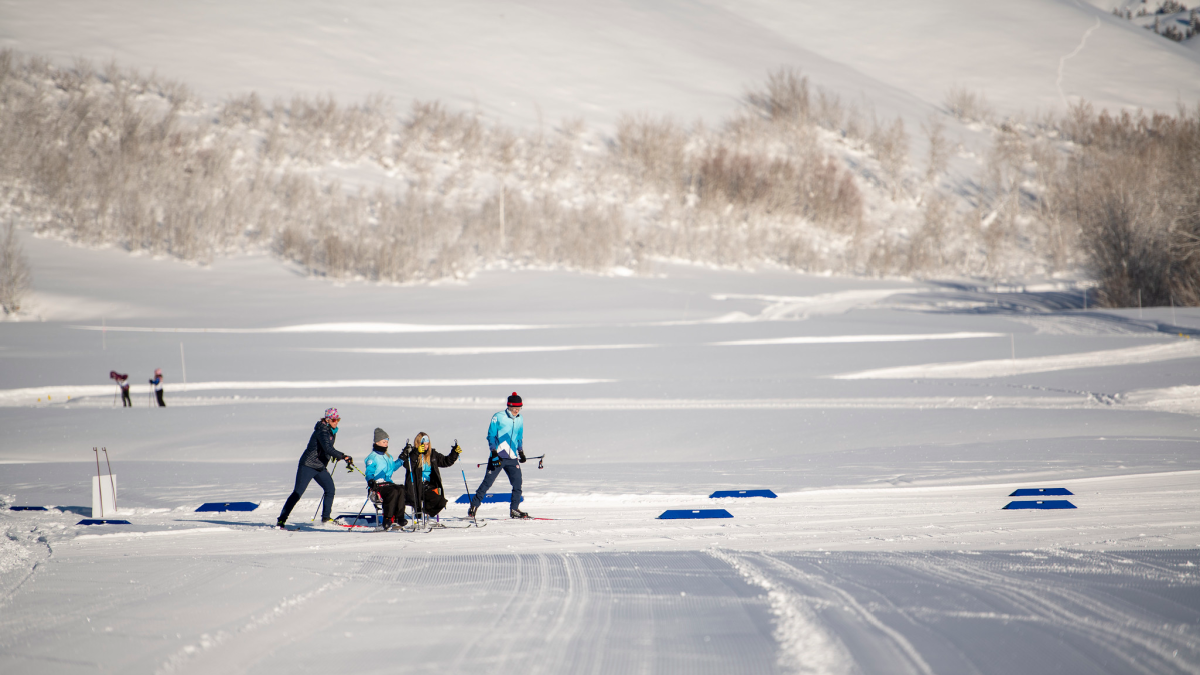 Nordic skiers didn’t let freezing temperatures deter them from the starting line on Saturday morning. All 6 athletes competed in an adaptive division at a Nordic ski race held by the Sun Valley Ski Education Foundation. Bluebird skies at Lake Creek Trailhead welcomed competitors of all abilities. Able-bodied and adaptive athletes competed throughout the morning with top finishers in each category earning medals. After an exciting morning Nordic and alpine athletes, changed gears, and took on a new sport at Atkinsons’ Park as they jumped into hockey sleds and started a competitive pick-up game hosted by Higher Ground.

On the last day of camp, Nordic athletes skied the Harriman Trail from Phantom Hill to the North Fork Trailhead- a 7.5-kilometer trail winding through the woods along the Wood River. Once again, temperatures were exceptionally cold with car thermometers reading a balmy negative six degrees at the trailhead. The athletes did an amazing job powering through slow-cold snow across a significant distance. Talia Cassel originally wanted to register for the alpine portion of the camp but decided to settle for Nordic skiing to explore athletic opportunities available to her. 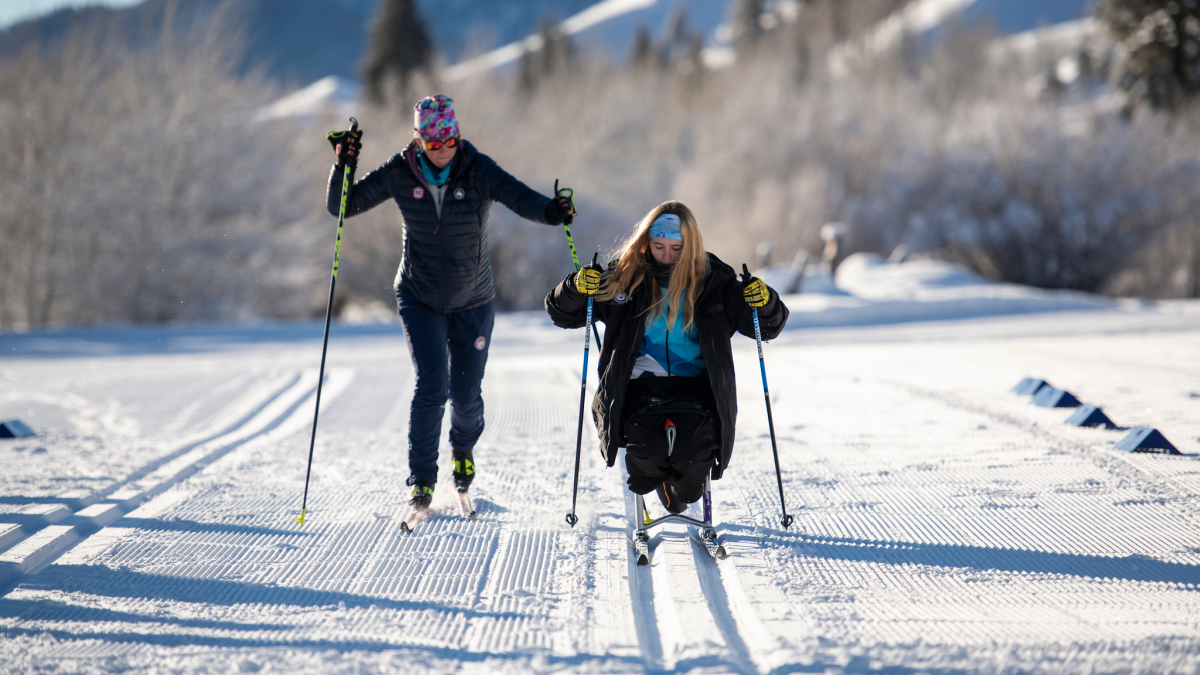 Talia was fitted for her bucket and became a sit-skier due to balance issues. The first skill she had to learn was how to get up after falling. Talia didn’t think this would be a necessary skill considering that she would be a sitted skier but she learned quickly how easy it is to tip over and had to exercise her new skill a lot over the next few days. Of particular note, CAF athlete Talia Cassel showed exceptional grit by pushing the entire distance under her own power just four days into her Nordic skiing career!

Over the course of just four days athletes discovered new passions, received exceptional coaching, made friends, and challenged themselves in new ways. We are already looking forward to this camp next year!

If you are an athlete with a physical disability who is interested in joining one of our upcoming adaptive sports camps and clinics, we invite you to visit our CURRENT SCHEDULE.